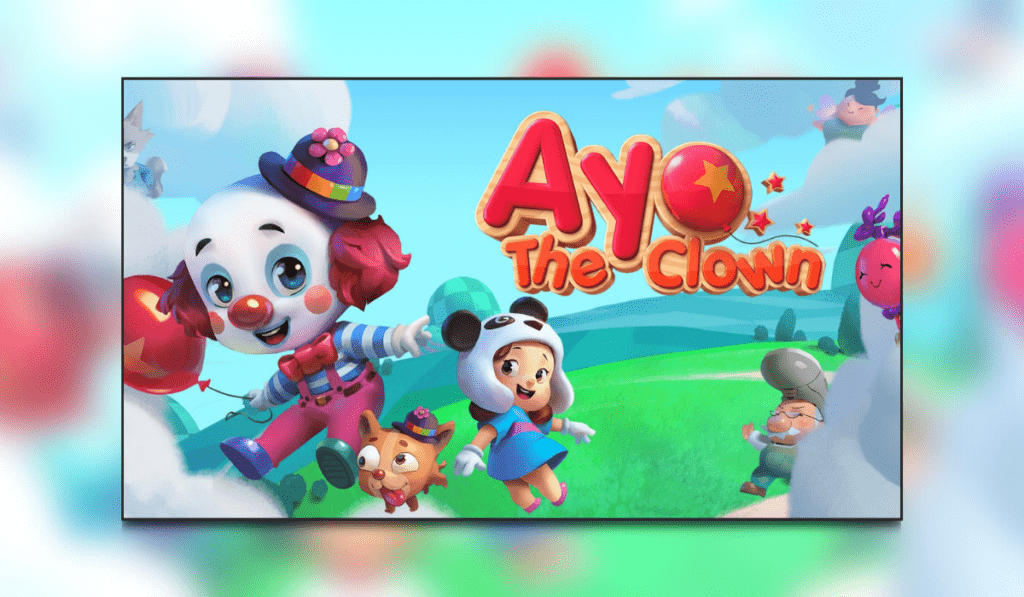 Developed and Published by Cloud M1, Ayo the Clown was released on the 28th of July 2021 for the Nintendo Switch and PC. Ayo the Clown is a 2-D platformer that lets you take the control of Ayo who goes in search of his missing dog Bo. It’s up to Ayo to tackle each stage by any means necessary to reunite with his best friend and companion. All the while Ayo’s world is full of friendly people and interesting creatures that are willing to lend a helping hand. So let’s reunite these two lovable characters in this Ayo the Clown review. As usual, if you enjoyed this review then why not check out my latest one here and you can also check out what the rest of the Thumb Culture team are up to on our social media.

Ayo the Clown – Who needs a Plumber When You Have a Clown.

Anything to do with platforming or 2-D side-scrolling video games and I’m all over it. But is it just the same as all the others? Do we have another Mario Bros clone or something that’s completely different? I’ve always been intrigued whenever an indie platformer is released.

Every now and then a game comes along that captures your heart and just puts a smile on your face and Ayo the Clown does just that. In Ayo’s hometown, things are generally peaceful. Accompanied by his talented circus dog, Bo, Ayo juggles in the park, hangs out at the carnival, and longs after the Shoemaker’s granddaughter. Until one day, Bo goes missing! and it’s up to us to help rescue the little lovable tike.

The fun part about Ayo the Clown is that each level has its own little gimmick to help you progress. With some levels giving you powerups or weapons or other means to help Ayo on his quest. Throughout each level, you’ll run into quirky NPCs that can either help you or you have to help them but more than likely they will just tell you a joke. Some are amusing while others are like what you find in a Christmas cracker.

Ayo can also stop in towns on his adventures where you can spend the jewels you’ve been amassing through each level. You can buy upgrades for weapons or the balloon you have that help you get to higher places. You’re gonna need these upgrades later on as the boss fights get insane because they can be huge. Very reminiscent of Cuphead. Some of the weapons you can find along the way are absolutely brilliant. Jump in a tank for example or throw water balloons to even riding on a dinosaur. Yes, a dinosaur. Nothing stands in the way of Ayo finding his dog.

Side quests are also littered everywhere. From in towns to just randomly in a level with each granting a decent reward. It does remind me in many ways of Super Mario 3D World with the ability to ground pound and wall jump as well as slope slides but there are many more as well. It’s the platformer that just keeps on giving. The only downfall I can give is the controls for run and jump are the other way around. After playing Mario Bros for 30 years it just goes against my instinct that the B jumps and A runs.

After playing the game for many hours and I do mean many hours. I experienced absolutely nothing wrong in either department. The sounds and music are what you would expect from a cute little indie platformer. With each level getting you in the mood with its kooky tunes. The graphics are great. So bright and colorful with each stage making some of the artwork a sight to behold. The lighting doesn’t clash which is what you tend to find in these kinds of games. But Ayo the Clown does a great job in the graphics.

After spending a good 12 hours playing and completing my first walkthrough. I know I missed over half of what the game had to offer. There are tons of collectibles to collect with six in each level. Some levels even hiding secrets so there is always something to go back to a previous level for something you missed. Even while writing this Ayo the Clown review I’m just itching to get back into it and complete it 100%. It is also the perfect game for speedrunners and I do expect to see some serious completion times on the game. Really looking forward to that.

My final thought is that Ayo the Clown is an absolute gem of a game. It has a little bit of everything for everyone of all ages. Whether you’re 4 or 40 this game will get you hooked into just doing one more level. There is always something that claws its way back into you. I mean do you really not want to help a helpless dog? I for one will be playing this on a rainy day or just to pass an hour or so in bed. So that’s why I’m going to give Ayo the Clown the Thumb Culture Gold Award.