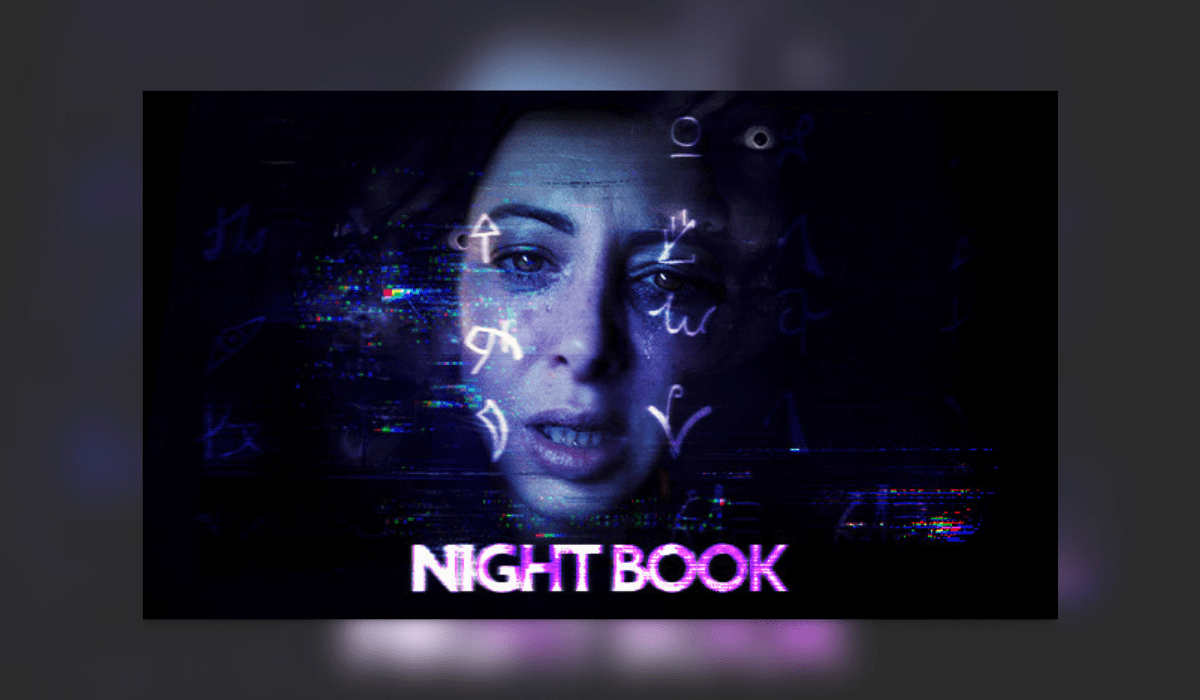 Developed by Wales Interactive and Good Gate Media and Published by Wales Interactive. Night Book is an interactive FMV supernatural horror. Released on Xbox One, Playstation 4, PC, and Nintendo Switch. On the 27th of July. It tells the story of an interpreter who happens to be pregnant who accidentally reads from an ancient book, summoning a demon into her home. So let’s open an ancient book that can summon demons and see if we get any in this Night Book review. As usual, if you enjoyed this review then why not check out my latest review here. You can also catch up with what the rest of the Thumb Culture team are up to on our social media.

Night Book – Have We Learned Nothing From The Evil Dead?

I was asked to go into the world of FMV, and once again I was surprised by how good these games are getting. But then again nothing surprises me with the talent that Wales Interactive is producing. This time we go back to its horror and supernatural roots as we uncover what lies beneath the text of an ancient book.

FMVs can be quite tricky when it comes to doing a video game review because there isn’t much in the way of gameplay. But with this being my third review in this genre it’s becoming second nature. Night Book centres around the story of Loralyn who works the night shift remotely from her home, live interpreting video calls from English to French and back again. Currently pregnant, with a husband working far away and caring for her mentally ill father, she is desperately trying to keep her family together and safe.

The whole game revolves around making hard choices with each choice using the butterfly effect. There are so many choices to make throughout a playthrough that it’ll genuinely test your mental prowess. With each option of dialogue getting harder and harder as you progress. You really have an instant fondness for Loralyn as she struggles with a mentally ill father, a stressful job, being in a long-distance relationship, and being heavily pregnant. Right from the very start, you get that spooky and eerie feeling like most horror games. But what the team at Wales Interactive pride on is assembling a stellar cast that never fails to give great performances. Julia Dray does a fantastic job as Loralyn. With great performances from Colin Salmon who many fans of the first Resident Evil movie will recognise. Also, there is Mark Wingett as Loralyn’s mentally ill father who plays an excellent part.

Once again there is never too much mention when it comes to graphics and audio in an FMV video game. There are no graphics to speak of but the way the game is laid together is quite impressive. With Loralyn being an interpreter she is always on her laptop working and taking calls. So the whole screen layout is in the format of a laptop. With calls and messages that you can inspect on. The fact that Loralyn has cameras throughout her house and with each camera switch just adds to the spooky appeal. You never know if something is gonna jump out at you between each camera change.

The sound is great. I should say the score is great because it gives you that old horror movie vibe with suspense all the time. Very reminiscent of Harry Manfredini and his score for Friday the 13th. While playing for many hours and many playthroughs I can honestly say I never experienced a single bug or glitch. In either the graphics or audio department. Very impressive on both ends.

If there’s one thing Night Book does. Then it gives you bang for your buck. The longevity and replayability value will keep you at it for hours. There are so many different endings and dialogue options that it’ll make your head spin. With 15 different endings and loads of lore and messages to read you will never be bored. Each playthrough always gives you something different and after finishing the game just once you can’t help but play again to see another ending to this great story.

My final thought is that once again Wales Interactive has created another FMV game that makes the genre really worth playing. The fact that the game was made during lockdown just blows my mind. I can’t find a single fault and even while writing this Night Book review I just want to jump back on and unlock another ending. It has that sense of appeal that just draws you in for just one more game and that’s what I love about it. So it is with great pleasure that I give Night Book the Thumb Culture Gold Award.