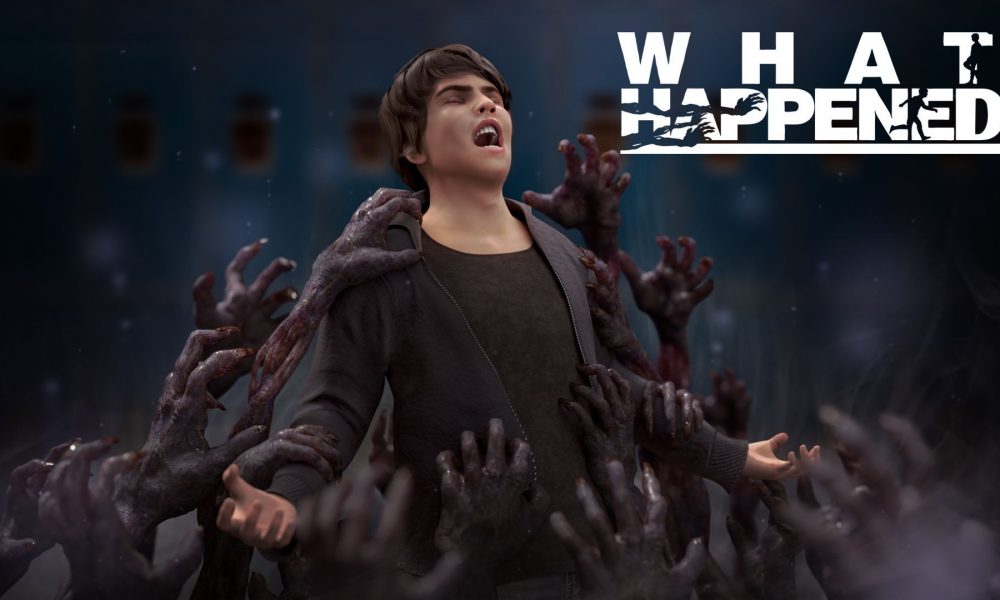 What Happened comes from developer Genius Slackers and is published by KATNAPPE SP. Z O. O. & Sourena Game Studio. The game is Genius Slackers debut and is released on 30/7/2020 where it can be found on Steam. Following in the footsteps of video games that portray mental health such as Hellblade: Senua’s Sacrifice, What Happened portrays a protagonist struggling with anxiety and depression and how his sub-conscious manifests to help him cope. The game puts you in the shoes of Stiles, a teenager in America who through loss and heartbreak is in the midst of an incredibly difficult time of his life and how his mind attempts to survive and overcome these issues.

The game can be found by searching the Steam store here. 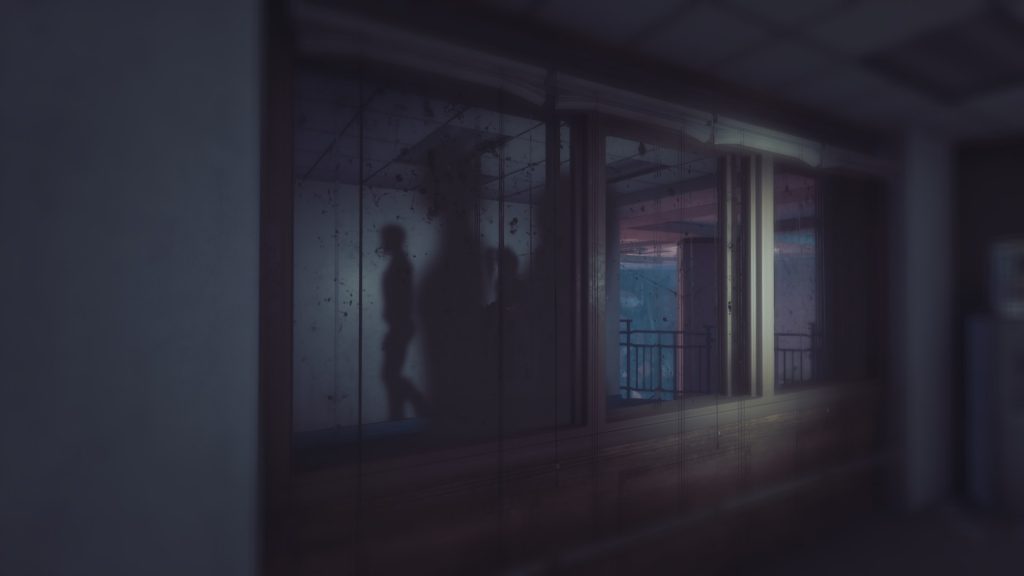 The game is a first person dark adventure/thriller set in the subconscious of Stiles, an American teenager in high school who’s real-world issues physically manifest involving his school, his friends Ben & Rose, ex-girlfriend Maya and his parents. Stiles mind also manifests itself as another version of him and together they discuss real-world issues he has. The game tackles some very serious issues including grief, bullying, drug use, depression and suicidal thoughts.

The game begins with Stiles using drugs and cleverly uses this mechanically as the player enters Stiles subconscious which often appears surreal especially when deeper into the story. Stiles recalls different memories and discusses, even arguing, with his mind as he processes and works through events from his perspective or that of his mind persona. The broad strokes of the story is told in cut scenes but more detail is found in notebooks, letters etc to understand more about what happened to Stiles. This feature of piecing together the story but also from Stiles personal view, perhaps even making him an unreliable narrator and being aware of this makes for an interesting approach to telling this story.

What Happened is very much a story-driven game and succeeds in delivering a captivating plot where you quickly become invested in the character of Stiles. The title is very apt as you both learn what happened for Stiles to get to this point in his life but also pushing forward to get an answer to the question what happened? The struggle between Stiles and Mind Stiles is really what keeps the story going. Also how the latter represents Stiles negative feelings such as sadness & anger and how he acts in response to embodying those feelings.

Features such as Stiles locker being a way to get to safety and pleasant memories then turned later as the hands of darkness would try and pull Stiles into the lockers to face unpleasant memories. The hands as the game’s antagonist were creative and in the corridors of a high school kept you on your toes. The school as a whole worked well for a setting especially in this subconscious world to explain how the environment changes from doors being locked to stairs being blocked off by furniture.

Playing the game however, is one of the places where the game doesn’t work as well. I found that interacting with objects such as opening drawers & cabinets, evening opening doors was incredibly awkward. Finding items and interacting with objects is an essential part of them game and found it very quickly frustrating and overly difficult. During key moments of furthering the main story I would often have to wait at part of the game until interacting was even possible, adding to the frustration. 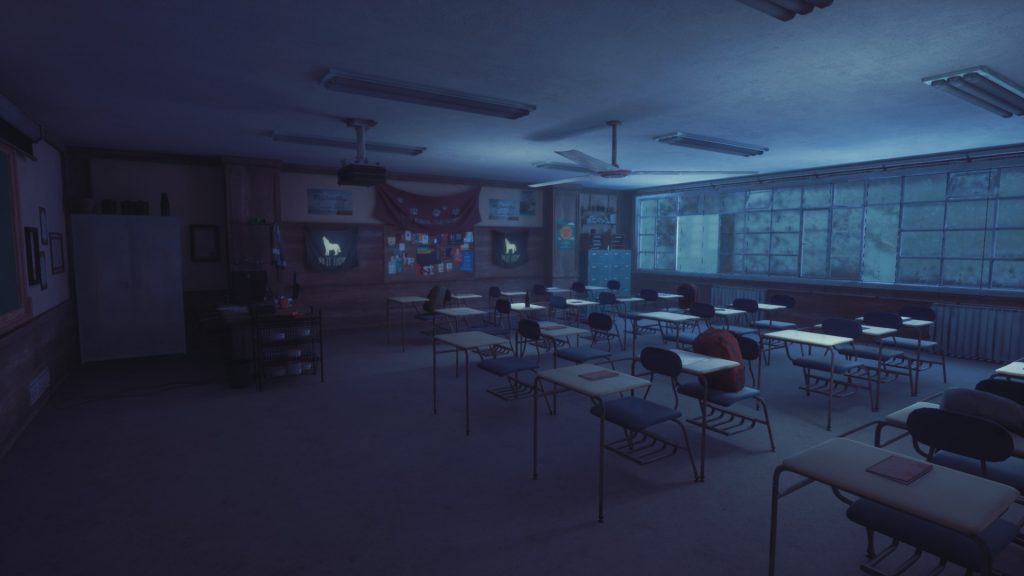 What Happened was played using High graphics settings on PC which were the default option and felt the game looked smoothly with the game and there is the option to change these settings.  The surreal versions of areas where Stiles mind takes you such as his high school and a wooded area are very well detailed and impressive to look at, down to even realistic classroom posters. Exploring the subconscious world, I found myself immersed and even stop to appreciate how well designed the environment is. Playing the game however, there would be some elements that would hadn’t loaded properly and could only move on when l I restarted the whole game which led to some moments of frustration before I figured out what was happening.

While the setting and environment was very well designed, a number of times the characters themselves were not. The character models were not very detailed or realistic and during cut scenes or similar moments did not appear emotive or expressive. This could be felt especially during emotional moments where the character appearance didn’t match the rest of the scene. Outside of cut scenes were moments like this too where characters didn’t properly interact with objects and the environment, taking you out of the scene instead of being further immersed. 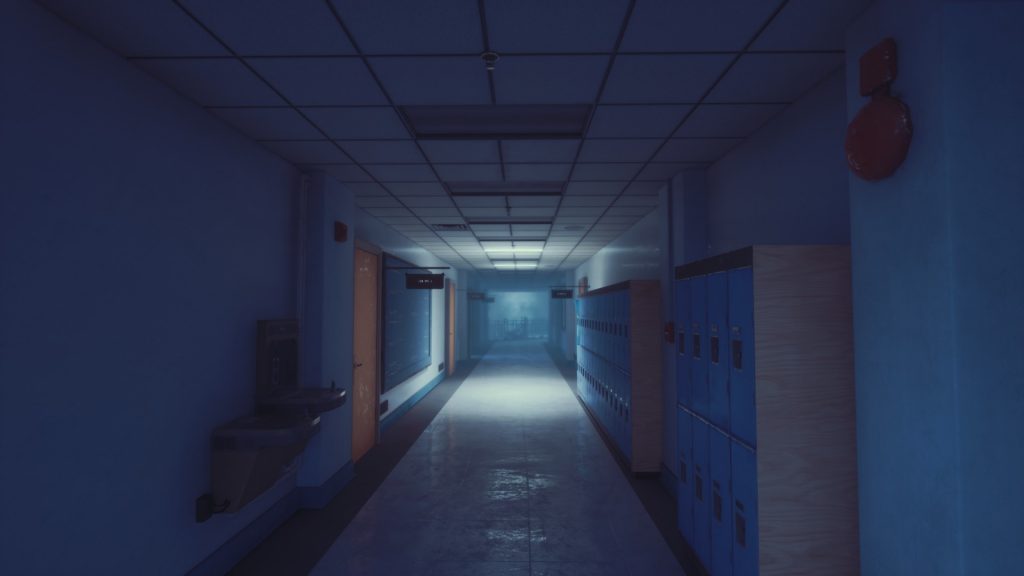 As you experience the world as created within Stiles sub-conscious the game utilises environmental sounds very well, everything from rain fall to lockers opening or closing and adds to the atmosphere and setting. In Stiles subconscious there are often surreal moments and the score & special effects at these moments improve the subconscious world as you navigate it. The hands of darkness are unsettling from the strained groaning sound they make and while relatively simple to avoid them, the noise that they are there makes the game more tense and so more satisfying when you make it past. The score also successfully matches the mood of different scenes, from sombre and serene to even the more scary and intense moments.

The personification of Stiles mind and its voice is conveyed very well so much so that it becomes a separate character from Stiles himself and makes you understand what Stiles is going through and by extension itself too. Sadly the secondary characters like Ben feel one note with their portrayal and only there as a plot device and their dialogue feeling wooden and forced. Even with Stiles himself, the Stiles mind character steals the limelight. 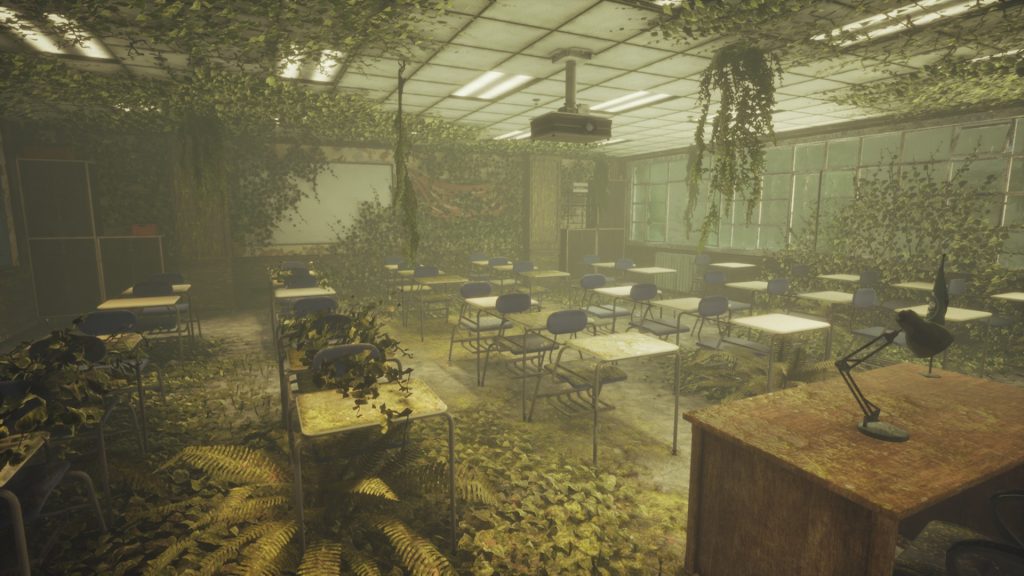 What Happened has multiple endings available as stated with the developers description and Steam trophies. On my first playthrough I spent approximately 6 hours and feel it would definitely be worthwhile to revisit and achieve the other endings. The game follows the one story but it is an captivating one as you discover and piece it together so an additional play through would be enjoyable in that regard too.

What Happened takes on telling the story of a teenager struggling with depression and other mental health issues and delivering a captivating story and a protagonist in Stiles who is easy to empathise with. The other worldly version of high school is unique and work well. The game is let down a bit with secondary characters are a bit stiff and hard to connect with the game also suffering from awkward controls. The locations and environments all look great with quite a bit of replay value with multiple endings available and so overall was very worthwhile to play.