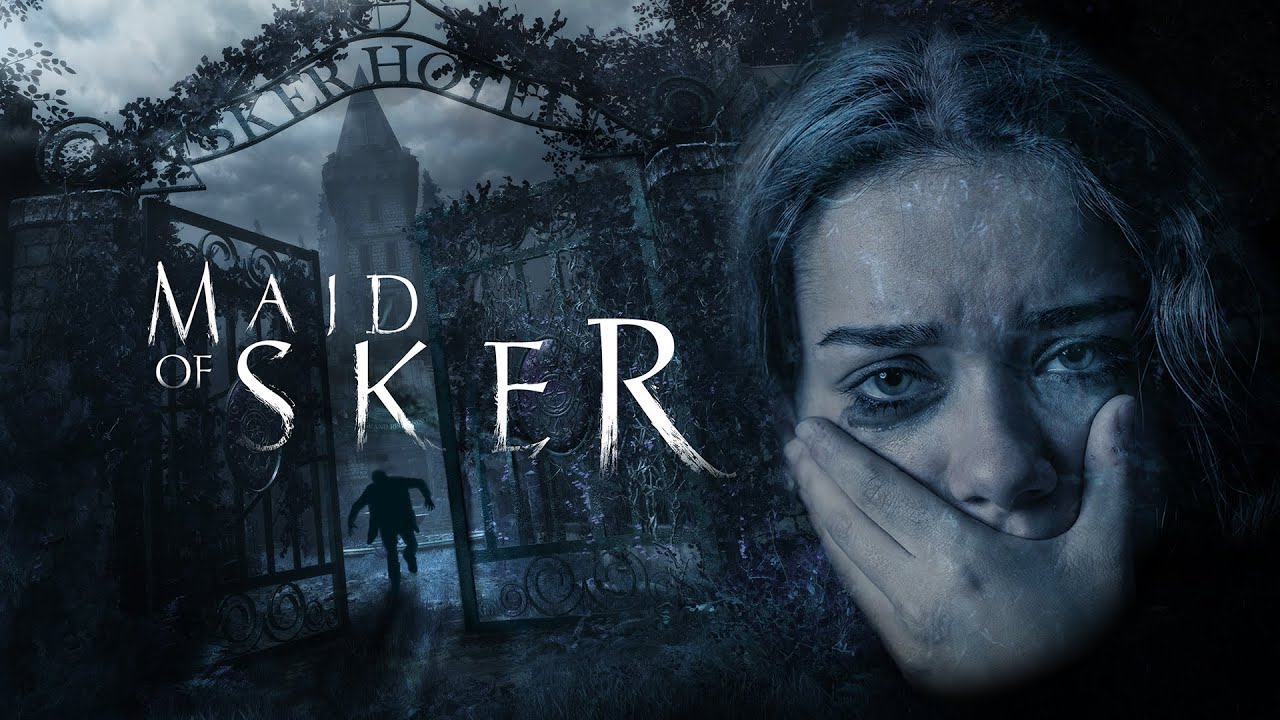 Maid of Sker is the latest title from Wales Interactive, an indie publisher and developer in the heart of Wales. There was a time when the term survival horror became synonymous with the likes of Silent Hill, Alone in the Dark and Resident Evil; whilst Resident Evil has certainly managed to stand the test of time it’s clear that nowadays a new breed of horror really makes up the genre.

Arguably it was the game series Amnesia that set this new trend, with games like Outlast and Layers of Fear following suit. Maid of Sker is the latest in this style and tells us the tale of Sirens at Sker Hotel and the tragedy that became of the guests there. Set in the late 19th century, Maid of Sker is set on the Welsh folklore of Elisabeth Williams and how her fate was intertwined with the supernatural and her own family.

Personally, I find these take on smaller, creepier and more unique tales a brilliant fit for horror games – we’re not seeing the same old tired zombie invasion or big mutant stomping around; you’re going to see something new or unique that often has it’s own hook.

If you have played any of the games I have mentioned above then you likely know the basic premise of Maid of Sker. It’s a first person game that puts you in the shoes of Thomas as you enter the overgrown Sker Hotel before it’s grand re-opening. Your task, upon gaining entrance to the hotel, is to locate your beloved Elisabeth but, as I am sure won’t be surprising, things take a dark turn.

You quickly discover that the guests of the hotel aren’t fairing so well, and have become faceless creatures that patrol the halls and can only detect you based on sound – this means above all else you want to stay quiet as you sneak around the premises. This actually makes the feel of the game quite unique as it’s possible to get incredibly close to enemies rather than being spotted from across the room, and as such it can make certain areas feel incredibly tense.

There is also the dynamic of holding your breath; not only a useful tool for when one of the blinded travellers gets a little too close for comfort but also absolutely key when areas are filled with smoke, dust or chemicals that will leave you coughing. This detail is a nice touch and actually encourages you to think ahead about how you might navigate a room with each path around objects posing a different risk when it comes to making noise.

Early on in the story you also find a handy little gadget called the Phonic Modulator which utilises small electronic cartridges to produce a sound wave that temporarily stuns enemies – giving you an important window of opportunity to slip by the faceless goons or to simply escape.

Interestingly the actual design of the hotel in Maid of Sker is very reminiscent of the infamous mansion in Resident Evil to the extent that there’s clear inspiration in the way you unlock the map, save the game and even locate special keys to access rooms. Personally I think this works in the games favour as it adds a small puzzle element to the game, rather than feeling like a relatively linear walking simulator or just a case of running around endlessly until you happen upon the correct path. It’s actually this combination though that helps distance Maid of Sker from the other games in the genre; these may be tropes we have seen before but they are well executed and do help Maid of Sker stand out.

I played Maid of Sker on the Xbox One X with a 4K TV and it looked really nice. The game lacked the full HDR impact you see from a lot of modern AAA games, but the locations were well constructed and looked really nice; almost encouraging you to explore so you could see the different areas.

There were a few rooms that felt a little like a copy and paste job, though that’s also quite logical when thinking about the design of a hotel; also worth noting that this never got in the way of exploring. I also found that a few of the set piece moments really did stand out in terms of the design; the mix of late 19th century decor with the steampunkesque machinations of a crazed inventor is always an interesting visual spectacle.

Early into Maid of Sker it was apparent there was some rather unusual lighting where it felt almost washed out in places; it felt like a filter was applied over the entire game just to make it feel drab. I am not sure if this was an intentional design choice or something that was simply a side effect of the art style but it did make seeing things at a distance, such as enemies, quite tricky.

I think a bit more work could also have been done with the enemy design too; their faceless presence was quite intimidating but it did feel like a small handful of character models were reused a lot.

Whilst there are a few negatives above it still blows me away that this is the product of an indie studio, as you explore the grounds you are often taken aback by the depth of the detail. I found poking around each room and some of the faster paced moments quite intimidating, whilst the use of light from fire or electronics added some real atmosphere to the game. There is also some exceptional use of colour in the game; some areas apply a full screen colour gamut to give you a real sense of unease or tension.

For a game that is entirely centered around the premise of being aware of your surroundings because the enemies will hear you I was surprised to find a lack of sound options. I found the lack of surround sound option truly baffling as it did make some parts of the game a tad frustrating; you can hear the various patrols moving around but the lack of directional sound meant you couldn’t actually work out where they were without seeing them ironically. It’s not a game breaking detail but one that did leave me a little disheartened.

I also get quite frustrated with the silent protagonist that some games enforce. It was a surprise to find small dialogue trees when you communicate through the telephone to Elisabeth, and whilst she was fully voiced Thomas was mere text on the screen.

With that being said the rest of the sound design was very well thought out; from the stomping around of guards and the creaking of the house you were often quite tense as you traversed the house. The music itself was also top notch, with Elisabeth’s (voiced by Tia Kalmaru) singing being a real highlight of the game. This is especially important with the story being the impact of a Siren and their song.

I found it interesting to see that the in-game clock is clearly broken; it said on the stats summary at the end of the game that I had been playing for about 1.5 hours when in reality I had easily put in around 12 hours – which included me unlocking 2 separate endings thanks to the ability to reload a late save file. I also unlocked the achievement for visiting every room/location within the hotel, so I was quite thorough with my playthrough – this would indicate you’re most likely looking at 8 to 12 hours depending on how you approach Maid of Sker.

Also looking at the achievements, if you’re interested in unlocking all of those you are going to have to play a minimum of twice due to some achievements being paradoxical.

Unfortunately, there is no chapter select option, however I was able to reload my final save and keep exploring – with the exception of a few story moments I believe you should be able to have free-roam of the entire hotel by the end as I used this to just explore a few parts I hadn’t visited and unlocked the second ending as a result; in theory this should allow you to 100% the collectables with relative ease.

There is a surprising amount of game here considering the genre; I was expecting a 4-6 hour campaign when in reality the game doubles that without feeling padded or boring.

Maid of Sker is an excellent entry into the survival horror genre giving a nice balance between running or hiding from enemies and the puzzles or objectives around the hotel. Whilst having a few repetitive moments and some unusual design choices it was really enjoyable to play and explore the world of a lesser-known scary tale. I am quite excited to see what Wales Interactive do next for this genre as I feel like they’ve set some really good foundations here for a strong series of similar titles.

I think if you’re a fan of games like Outlast, Amnesia or even the more recent Resident Evil games you’ll find a lot to enjoy in Maid of Sker and I am certainly going to keep a keen eye on what the developers will get up to next.