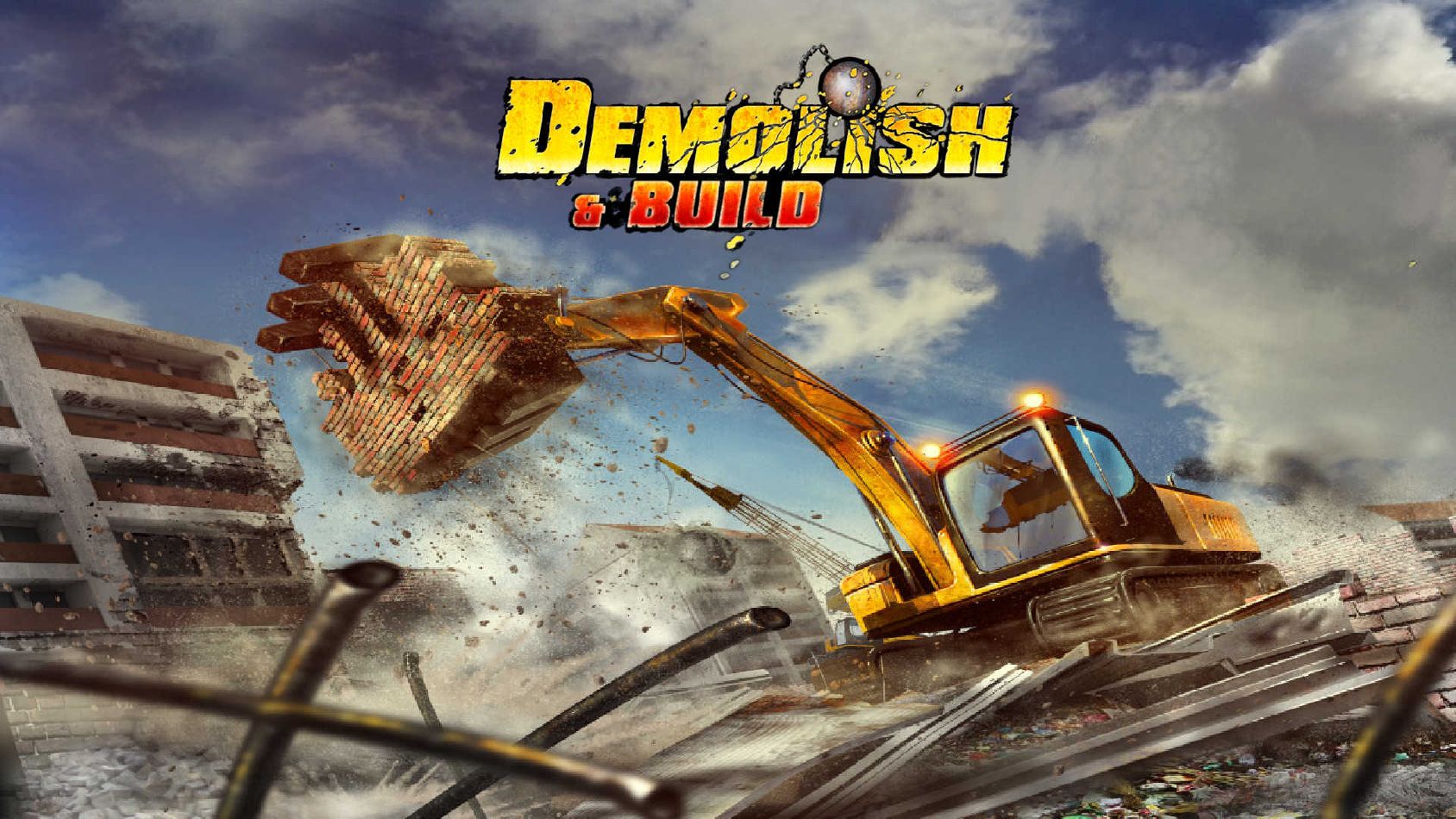 If knocking down buildings and literally starting a construction firm from the ground up is your idea of heaven, you’re going to love Demolish & Build, a console-friendly construction simulator developed by Noble Muffins and published by Ultimate Games.

Demolish & Build is available on Xbox One and Nintendo Switch as a console-based update to 2018’s PC version of the game. I jumped into Demolish & Build having never touched a construction sim game before. As a first experience, I have to say I’m kind of on the fence about this game. It ended up leaving me with questions about whether or not dogged perseverance (as is so often required in real-life building) actually translates that well into an enjoyable gaming experience.

After a fairly confusing and buggy initial play, in which I couldn’t actually get my character to walk forwards, I found that a swift reset of my Xbox and reloading of the game made things run much more smoothly. Which was quite a relief to be honest, as otherwise, I’d have had a hard time writing this review!

After choosing a character from three or four pre-built custom options, Demolish & Build thrusts you into the world of the tradesman by setting you some basic tutorial tasks (from a very sketchily-written ‘boss’ character). These start with ripping wires out of an old casino wall and moving some stools from one part of the building and out into a skip. Fairly mundane stuff, but nonetheless satisfying. Your boss quickly reveals himself to be the tool you definitely don’t need in your workbelt, and sacks you for messing up the job he literally just told you to do. Great.

Luckily, another sketchy-sounding colleague is soon on hand with the offer of a lifeline; random builder offers to throw you a very generous bone and go into business with you to become the greatest construction duo the world has ever seen! All shall bow under our infinite construction power!

Ok, I may have over-egged somewhat, but Demolish & Build led me to it. I’ve got to say, while it is somewhat fun accepting contract jobs and smashing up unused toilet blocks, it does quickly become repetitive and at times a tad irritating having to demolish bits of bog floor by hand. Maybe this is why I never became a builder, I just don’t have the patience for manual graft.

Luckily for me though, not only was my random new business partner kind enough to stump up enough investment cash for a snazzy new office block, he also pointed me in the direction of the bulldozer shop. That’s right, you can buy and drive your very own demolition vehicles. Admittedly, this bit was kind of fun. Having the chance to explore a range of heavy-duty construction vehicles such as cranes, steamrollers and wrecking balls did kind of make up for the whole ‘please deconstruct these urinals with your bare hands’ moments of early gameplay.

Overall, Demolish & Build gets more engaging the more you play it, but it has quite a steep curve of grabbing early interest that may put some gamers off before they get to the good bits.

I won’t sugar-coat it, this game is definitely not a graphical masterpiece. Graphics-wise, Demolish & Build feels very clunky at times and looks really boxy. The mechanic of demolishing by the swing of your sledgehammer is aggravatingly difficult in the earliest stages of the game, as it feels as though the target window for actually hitting the bricks is minuscule, which is kind of ridiculous given you’re literally there to smash down a wall, not tap precision holes into a Hama beads design.

Motion is kind of disconcerting as well, although I did find the vehicle-based parts of the game particularly enjoyable. Even if I can’t remember which side of the bloody road the Americans drive on. It’s a shame, because with some graphical upgrades this game could look and feel a lot nicer, instead of giving off the ‘old’ vibe that it does at the moment.

Aside from the radio station rock tunes you get whilst driving your pickup truck, there’s little to no redeeming audio features to this game. There’s the sound effect of your mobile phone ringing occasionally, but I’d genuinely be hard-pressed to review Demolish & Build’s audio effects because in short, there really aren’t many at all. You could play this game whilst watching the TV and you wouldn’t be missing anything special from its soundtrack at all.

This is the kind of game that definitely becomes more engaging the more you play it. The range of construction options opens up considerably once you make it through the initial stages. My issue would be that those initial stages are almost too repetitive for gamers like myself to be bothered to push through at all. I think if I was playing this without writing a review I would have potentially given up and written it off after the sledgehammering of the toilet block, which definitely became more of a chore than the fun, smashy-smashy experience I was hoping for.

There’s also the distinct lack of world interactivity to consider. Demolish & Build is quite a lonely experience, and aside from the odd phone calls from your business partner, there are precious few NPC interactions to be had, which is a bit of an oversight in my opinion. The game itself definitely has longevity, with plenty to do once you push through the first part of things. I just can’t see myself playing it for any extended amount of time, but Demolish & Build may appeal to the more hardened simulation fans out there.

All in all, I was left a bit disappointed with Demolish & Build. It has the makings of a good game, but it just feels a bit half-built…which is ironic for a game that’s all about construction. With some enhancements to the graphics and the addition of more audio elements, I probably wouldn’t have felt quite as unimpressed by it, but all in all, I think there’s a lot more world-building to be done to make Demolish & Build the fully-rounded game that it could be.