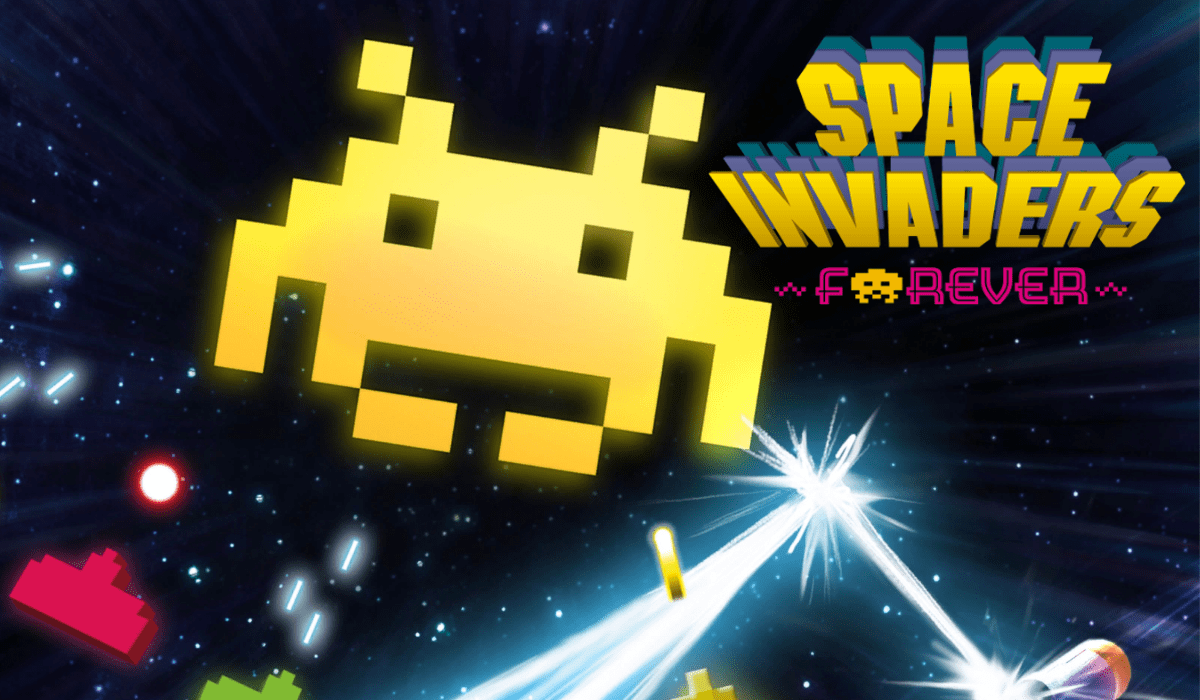 Like the year 2020, Space Invaders is a franchise that will seemingly never end.  So it seems only fitting that we end the year talking about Space Invaders Forever.  Though Space Invaders isn’t quite the name it used to be, there is no argument that it has stood the test of time where many others have fallen.  Over 40 years ago (1978 to be exact) it helped pave the way for gaming as we know it.  As an effort to keep kids pumping in their quarters, they inadvertently invented the difficulty curve.  It has seen many changes over the years, but one thing that remains is that everyone knows what a Space Invader looks like.  It is iconic!

Space Invaders Forever is developed by the original developers Taito and published by ININ Games.  It was released on December 11th, 2020 for PlayStation 4 and Nintendo Switch.  So without further ado, let’s get those quarters pumping and go pew pew pew.

Feel free to take a look at my review on another Taito classic, Bubble Bobble 4 here.  Check out Thumb Culture on Instagram here.  Have you played the game? Let us know what you thought in the comments below.

What we have with Space Invaders Forever is a collection of three games.  From over 20 main games spanning 42 years, Taito had decided to put three of the most obscure titles on here.  Not to mention these games are from the last 12 years, nothing of the other 30.  So let’s take a look at what we got.

Space Invaders Extreme was a game released in 2008 to mark the 30th anniversary of Space Invaders.  I had it initially on the Sony PSP and absolutely adored it.  It also came out on Nintendo DS, Xbox 360 a year later and PC in 2018 to mark the 40th anniversary.  What we have on this collection is a port of the latter PC version, which is a bit of a disappointment as it lacks the 4-player support that was on the Xbox 360 version

That being said, it is still quite fun as a single-player game trying to beat your high score.  It follows the same basic principle of the original game, moving only from left to right and shooting the approaching invaders.  Add in a variety of power-ups and type-specific combo boosts to create chains for maximum points.  Bonuses are awarded for eliminating a column or specific type or colour of the enemy, adding a level of strategy to the game.  The stages play out following a branching route with a boss at the end of each stage and are filled with bonus challenges.  Once the main game is done, it then opens up the Extreme mode.

The game itself is a supreme visual upgrade from its original.  Its neon aesthetic really stands out when compared to its duller grandfather.  And when you get the score multipliers, the visual flourishes are stunning to look at and almost chaotic.  What’s more, is that the way the visual works with the music is seamless.  With each hit seemingly playing a note within the key of the music that is playing.  I would say this is probably the most perfect way to play Space Invaders in the 21st century, but leaving out multiplayer baffles me.

Here we have the odd bird of the flock.  The ginger kid in the classroom so to speak.  This is the first time Space Invaders Gigamax 4 SE has seen western shores as it was previously only available in Japanese arcades.  Here, we DO have multiplayer as a primary focus but it plays and looks more like its 1978 grandfather.  Don’t even try to do this on your own because you will run out of time.  Even though it forces multiplayer upon you, it lacks any kind of online feature, so couch co-op it is.

It does have some interesting bosses, but it remains to be the most boring of the bunch.  It lacks any kind of upgrades and enhancements as you’re limited to basic weaponry.  The only real redeeming factor here is that is the music is excellent.  A jewel in an otherwise corroded crown.  If there was online multiplayer, or I was allowed to invite people over to play, I might have felt different about it.

I love Arkanoid, I love Space Invaders, what could go wrong?  Actually, not a lot, even though this is a port of a mobile game.  Yes, you heard…a mobile game.  And as such, you are controlling the Vaus with your touchpad.  This can feel a little awkward as sometimes it is a little too sensitive.  However, the way these two Taito classics have been mashed together works well.

In Arkanoid, you use the Vaus to repel balls to destroy the bricks and clear the screen.  In this collaboration, you are bouncing back the projectiles coming at you from the Invaders to do the same thing before the time runs out.  Various power-ups come in handy when trying to angle your rebounds to reach Invaders behind unbreakable bricks.  These kinds of shots can prove tricky using the touchpad to control the Vaus.

As you progress through the game’s 150 levels, you unlock new pilots that you may recognise from other Tatio Classics such as Rainbow Islands, Bubble Bobble, New Zealand Story, and so on.  Each of these comes with special abilities to help boost your game.  Quite a fun little addition and kept me playing a while just to see what characters they had included.  Despite only being able to play this game in portrait mode, as you would expect from a mobile game, it is within Arkanoid Vs. Space Invaders, I spent most of my time.

If you are looking for a game to pass the time of an evening, then this will do.  But there really isn’t too much to entice you to keep playing unless you are one of those people who want to beat their score all the time.  Though with no online leaderboards, it wouln’t feel very meaningful to do so.  With only three games to play, it will be forgotten about after a weekend or two.

I appreciate what Taito is trying to do here.  Bringing forth a popular game and two more obscure ones to those who hadn’t played them.  But with a title like Space Invaders Forever, I feel more emphasis should have been placed on the ‘Forever’ part.  With over 40 years of games to choose from, why pick only three games from the last 12 years, two of which many would not have heard of?  Now if these games had been included as part of a bigger compilation, that would have been great.  And in this day and age, there is no reason why that could not have happened.  And why Taito ported the PC version of Space Invaders Extreme instead of the Xbox 360 version that had multiplayer, I’ll never know.

All in all, two out of the three games are good.  But I would rather have seven out of ten games that were good which I feel would have been entirely possible.  Also, I would have liked to play with friends, but as it stands, I can’t do that without fear of contracting Coronavirus, and it just isn’t worth it to play the worst game on this bijou collection. 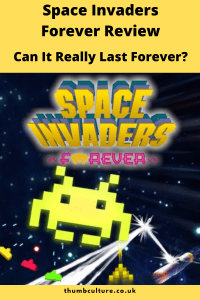