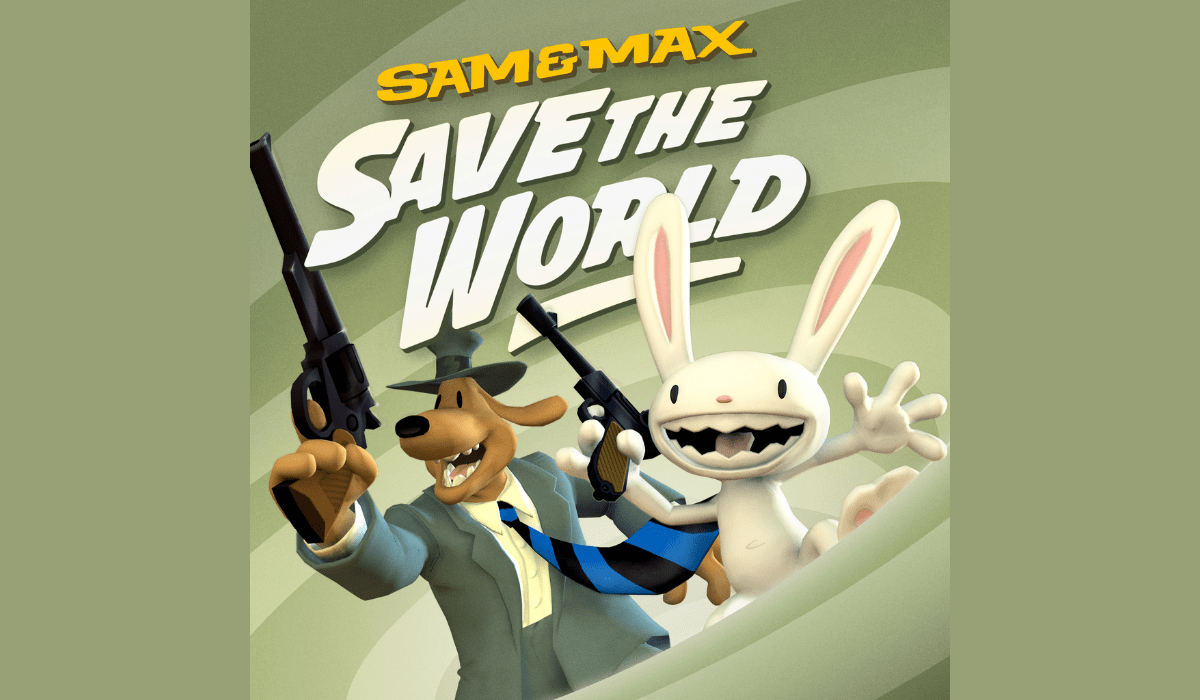 Sam & Max Save The World Remastered is a point and click adventure game with Sam (Six-foot canine detective) & Max (hyperkinetic Rabbity-thing) as freelance police. Set on saving the world from dastardly villains and goofy acting. This latest game is a remaster of the original game, bringing many original developers back and creator Steve Purcell bringing Sam & Max Save The World into the future with a new lease of life.

Is It Time For Sam & Max to Hit The Road?

Sam & Max Save The World Remastered was originally developed in 2006 as an episodic game from Telltale, bringing point and click and comedy to your screens. However, there are some new features including 5 new musical tracks, gamepad support and enhanced graphics for the widescreen.

As a fan of the series, I was excited to retry all the puzzles and see all the hilarious cut scenes.

Sam & Max Save The World Remastered is an episodic story game focused purely on story and puzzles throughout with comedy and one-liners throughout. Sam & Max are freelance detectives who get a set of bizarre cases themed around mind control. All of these mind control cases start off with a mastermind behind them, but later more clues arise there is actually a mastermind behind the masterminds Sam & Max catch. Expect lots of familiar lines from culture classics and character cameos throughout, bringing a depth of comedy to the game.

Sam & Max begin by tracking down celebrity kid troublemakers in town and familiarise you with the controls and mechanics of the game adding specific puzzles. Finding specific objects are needed to proceed with the story and finish the episode. There are hints that help while you are talking to the characters lines prompting the way forward.

Save the world remastered is a re-imagining of the original Sam & Max series from 2005 with Save The World and Beyond Time And Space being the original games. Both feature bizarre and laughable moments throughout. The Remastered edition brings many new features; allowing for a fresh audience and returning fans to enjoy this classic game including:

Sam & Max Save The World Remastered brings new content for the returning fans of the series allowing everyone to find something new and exciting to enjoy.

The Remastered edition of Sam & Max is a lovely clean transformation to a 15-year-old game and brings life with the new colour refinements, resolutions and new models. Sam & Max remastered features no glitch or frame rate issues and is a stable remaster for fans of the series. The best features of the remaster are the New Models and Music. These are redefined and improve the overall experience. Opening cut scenes in each episode use the same intro music creating the episodic TV series style game.

Each Episode can be roughly an hour long with episode 3 only being 20-40 minutes long. The layout allows for a more spread-out experience, to allow for a more laid back play through. Sam & Max Save the World Remastered combined total is between 6-8 hours long depending on how you progress through some of the puzzles. This is because some of the puzzles can be quite hard to navigate without thinking it through first.

Sam & Max Save The World Remastered is an impressive overhaul of the much-loved original and in the end, left me wanting more. The Episodic story based-game creates a more fulfilling experience of a game filled with plenty of content. Splitting each chapter into episodes was a smart move and remaster just makes the experience even better. However, despite all these refinements to a great game; some of the characters of the game were lost in translation. Due to remastering the voices of the actors and changing some of the lines made me feel disconnected from Sam & Max’s characters. The voice acting felt slightly off and as a result, left the characters sounding weird and unlike the original voice.

From a nostalgia point of the view, Sam & Max Remaster is a little disappointing but is definitely a great game for newcomers to the series. I, therefore, give this a Thumb Culture Silver Award. 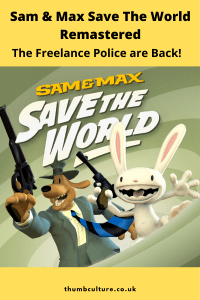