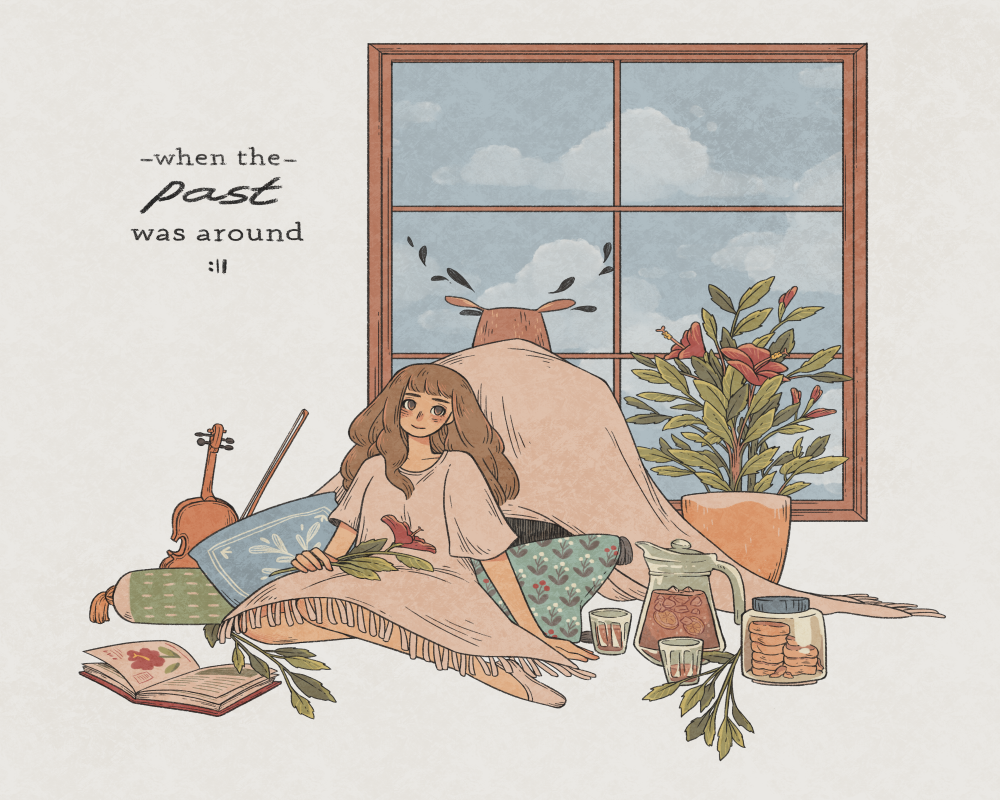 I’m not ashamed to admit I enjoy a good love story, and maybe you do too. If you are also anything like me then When The Past Was Around will tug at your heartstrings at times.

When The Past Was Around is a single player point & click puzzle game and narrative experience. Our protagonist Eda has recently experienced major heartbreak and the plot explores the aftermath. Eda is in her 20s and feeling a bit lost in life when she meets Owl, a combination of species with a human body and owl head. No other characters appear like Owl, and he is not treated any differently for his appearance. He behaves just like everyone else from drinking tea to playing musical instruments.  Upon meeting and forming a romantic relationship, Eda begins to find herself including regaining her passion for playing violin.

When The Past Was Around mostly takes place in Eda’s memories as she recalls memories of her relationship with Owl. The game leaves it to interpretation, but it’s likely these memories have been locked away as too painful or sad. Each memory setting contains puzzles and clues when solved to show cut scenes of significant moments and together reveal the whole picture. Flashing back to these memories of unlocking drawers and doors progressing the game and representing present day Eda moving forward. I did feel however that the puzzles were overused and disrupted the flow of the story telling which did pull me out of the experience somewhat.

What sets the game apart is that there is no dialogue. Visual design, score and other sound effects are used instead when telling the story. The only other game I have seen like this was Florence. Sounds communicating for the characters instead of words is very refreshing and leaves the player to interpret the exact meaning behind them. This was also the case during cut scenes when seeing Eda’s reactions I felt like I understood what she was feeling At that moment.

For my When The Past Was Around review I used the default resolution while other resolutions are available, the other game settings are fixed. Without any dialogue, the story is told through visual design, score and other sound effects. The art style is beautiful with detailed settings from furniture to the characters themselves. Based in a handful of settings bur each rich and colourful to match the mood and emotions at the moment in somewhere as common place as a kitchen. There are also elements of surrealism, particularly Owl himself, he and Eda being a romantic couple not seen often in video games.

The audio is where I felt When The Past Was Around really shines. Accompanying the fact that Eda is a violinist there is an original soundtrack composed by Masdito Bachtiar. I felt that the soundtrack and score work very well, effectively conveying what Eda’s mood and emotions. Embracing the use of violins some tasks and puzzles involve music, again matching how Eda feels At that moment. Much of the game involves interacting with objects and is a small thing, but I enjoyed the detail to the environmental sounds if the game. Something as simple as opening a drawer or a sliding window made the setting feel more realistic and immersive.

When The Past Was Around is a concise game when telling Eda and Owl’s story which I completed in a couple of hours. It only has the single player story which like a good film I would have no problem returning to. At least on PC there are optional puzzles and tasks which unlock trophies I would like to complete also. I did miss a few optional parts and would like to finish and fully understand there story.

I really enjoyed the game and hopefully my When The Past Was Around review reflects that. Short and sweet, the game tells a bittersweet story of love, loss and finding yourself. With a beautifully designed setting and soundtrack and score to match I found it a great experience. The game was one of a few games to be dialogue free and I really enjoyed interpreting the story with the music and sounds doing the talking.  When The Past Was Around did indeed tug on my heartstrings and had a satisfying ending and have awarded it the Thumb Culture Gold Award. Excellent game and I look forward to seeing what Mojiken Studios make next! 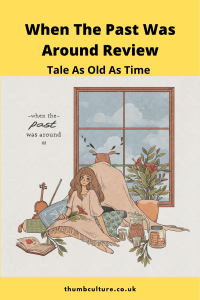