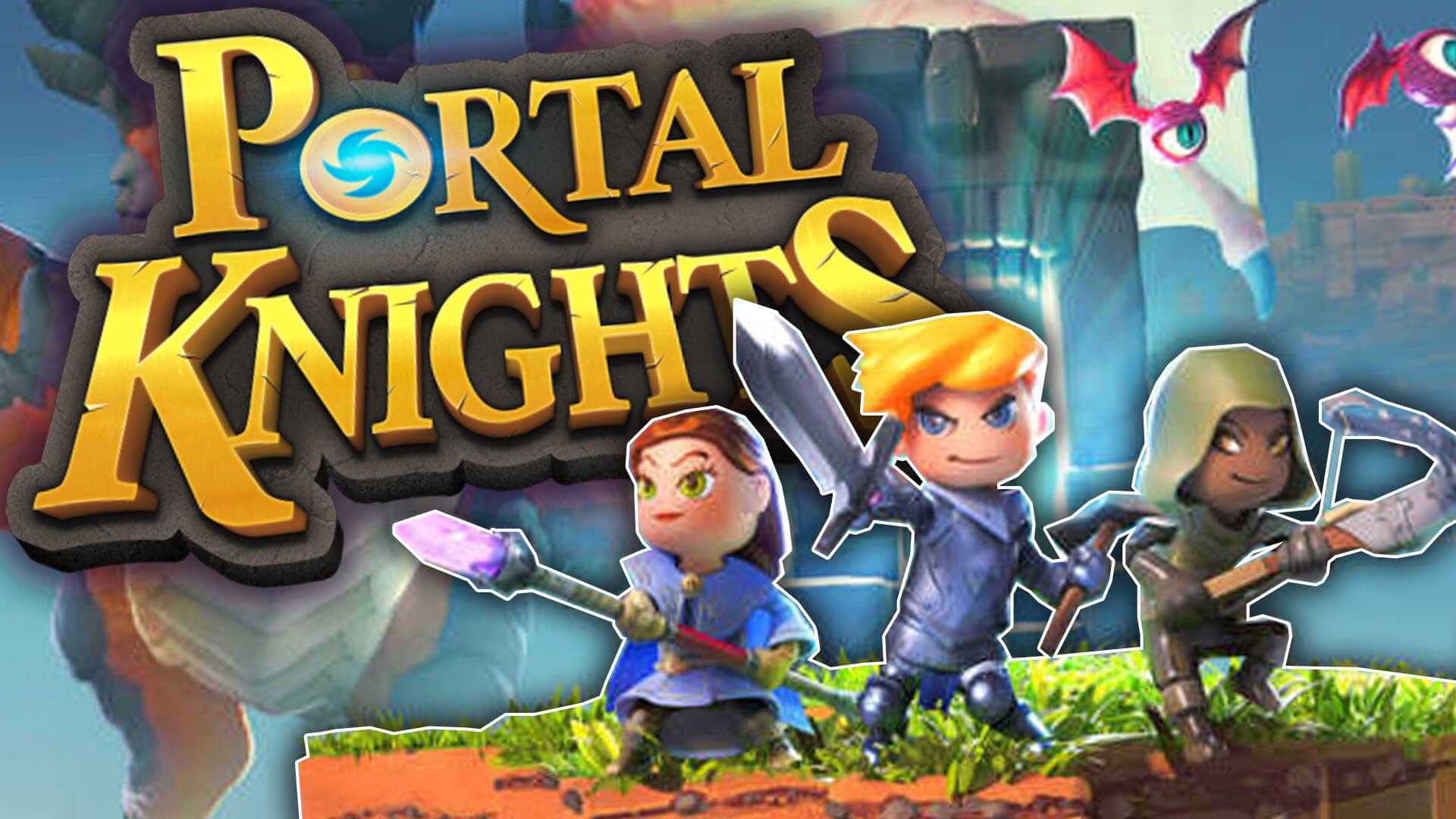 Portal Knights is a cooperative 3D sandbox action-RPG, developed by Keen Games and published by 505 Games. It’s a game about mining and crafting for a better arsenal ready to take on fiends on your quest, trying to restore peace to the universe. The plot of Portal Knights is quite simple but it adds a nice context to the world and whats going on. The game is available on PS4, Xbox One, PC and Steam.

“In the forgotten days, the world was peaceful and whole. But the Fracture arrived, and tore the realm apart. Now the only connection between disparate lands are the ancient portals… and they are guarded by covetous fiends who thrive in the darkness. The world awaits heroes who will restore light to the portals, and reunite the peaceful realm.”

Jumping into the game, it gave me the option to play on or offline. I decided to play offline to get a good feel of the game before playing with others. It was nice to see character customisation, even though it’s basic it still adds to the depth and allows you to make the character your own. You’re able to select between a male and female avatar and also between warrior, ranger or a mage.

I STARTED LIFE AS A WARRIOR, SLAYING ENEMIES WITH SWORDS IS WHAT I DO BEST

At the start of the game you’re asked to do simple tasks in the form of a tutorial, I soon learned all the basics including movement, combat and crafting. Everything about the way this game plays is so simple, that’s the best part. In no time I was off out mining resources, crafting new armour, weapons and tools.

Building the likes of a crafting table, anvil and furnace helped in creating different things. Adding to the depth is the option to upgrade these, opening up more possibilities for crafting. Gaining experience is great as there’s a few attributes that you can increase including strength, agility, dexterity and more. There’s also talents you can learn these affect your attribute and stack as your level increases. Talents can be changed at any point so need worrying about your choices

The first thing I noticed when starting is how wonderful and beautiful the world where all this takes place. Colours are bright, vivid and the scenery is so lush. It reminds me a lot of MySims with its cutesy little avatars. Also, it reminds me of Dragon Quest Builders, although very similar Portal Knights offers multiplayer making it a much better experience.

The fiends in Portal Knights wasn’t too difficult at first but there’s a great variety and soon became more challenging, I found myself having to dodge roll attacks to stay alive. At times I felt I was playing Dark Souls, constantly dying trying to learn some of the fiends patterns. It was a great learning curve and one I really enjoyed. The game undoubtedly takes most of its inspiration from Minecraft. That said it does stand out in its own way, it feels more polished and has so much more appeal. Portal Knights has a plot to it instead of just a blank canvas, but admittedly the levels are much smaller than the ones in Minecraft.

SOME LEVELS HAD BOSSES IN WHICH NEEDED A MORE TACTICAL APPROACH

The way in which Portal Knights links the levels up keeps the game feeling fresh with each level feeling different. Areas range from baron deserts, lush forests to rich tropical jungles. To move areas you have to find portal stone shards to craft portal stones. These are used for repairing the ancient portals. Once you link the areas its easy to fast travel to any location with an option to set a home location, great for keeping all your loot. The biggest thing about this game for me is the ability to carry your character over to another universe. I used to hate creating a new world in Minecraft due to losing all character progression and crafted goods.

LUCKILY THEY WERE KIND ENOUGH TO LET YOU KEEP CHARACTER LEVELS, GREAT WHEN JOINING MATES WITHOUT STARTING AGAIN

There were a few flaws with the game including the sound at times, after constantly mining the sound would sometimes stop completely. This didn’t really affect the game too much in any way, I did however find it annoying at times. Another problem was swimming or the lack of, you just sink right to the bottom and walk on the water-bed. It made it really difficult at times going in the water, if the water is too deep it can be a struggle trying not to drown.

This made it really difficult to search in the water without dying, hopefully a future patch fixes this. For now you have to try find holes in the floor that release bubbles or jump to grab air, as long as it isn’t too deep.

In Portal Knights there are mini quest missions which include crafting items and taking on groups of fiends. The quests show up on the map so you know which area to be in, while they’re only small it adds more enjoyment. Some were very difficult, spawning harder enemies in the area for you to kill. They offered a variety of challenges along the way helping to keep things feeling new as you progress.

After a while I decided to build a home and I had great amounts of fun in doing so, it reminded me of the endless hours I put into Minecraft. Building a house felt so more simple though, everything was quick and snappy. In minutes I had my own home built once I had the resources, it feels a lot less clumsy. I can honestly say I haven’t had this much fun building in a long time with menus so easy to navigate. I could spend hours upon hours building, with the added depth of the exploration making this game an overnight hit. Just when I didn’t think the game could get any better I went and found my first pet owl. Pets don’t do anything as such but who wouldn’t want a cute owl flying around with you.

All in all Portal Knights is an amazing game, they to have taken ideas from other games, tweaked them and made something really special. Even with its flaws the game is superb and doesn’t take away any of the enjoyment. A must play for all ages and at a wonderful price. Portal Knights portals its way to a Thumb Culture Gold Award and this was such an easy decision to make.