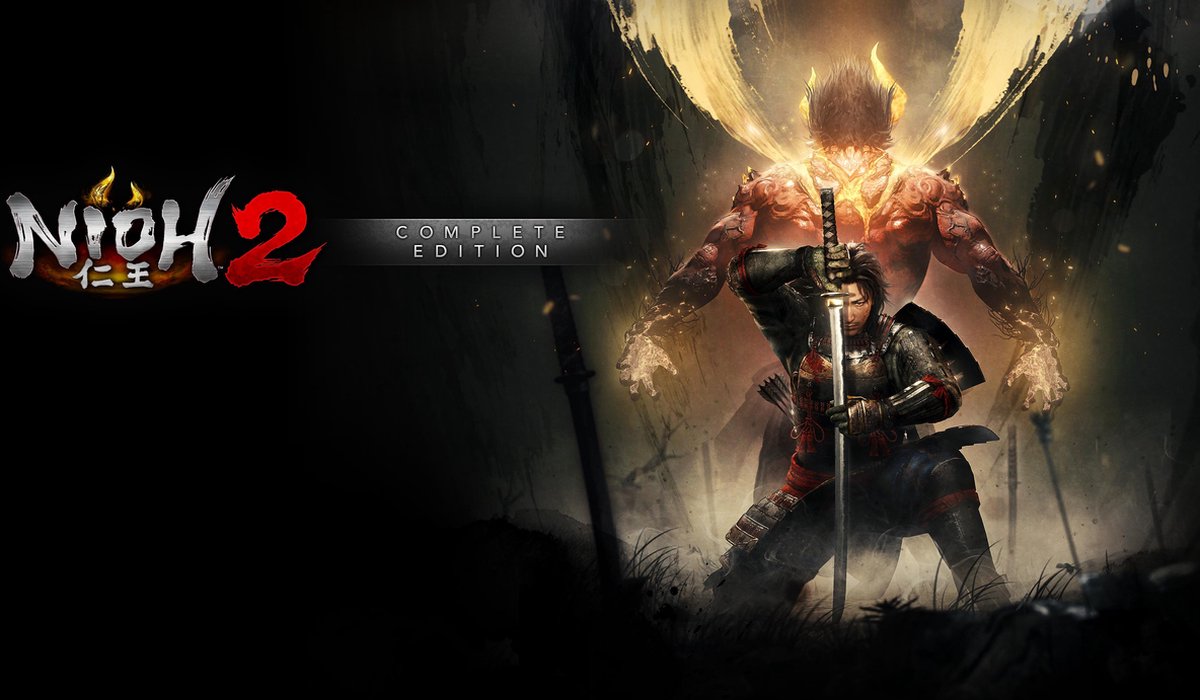 Nioh 2: The Complete Edition is the sequel to the already pretty incredible Nioh, released in 2017. Developed by Team Ninja, Nioh 2 takes the base the first game had already lain down and builds onto it, by adding extra mechanics to an already complex game. Originally released on the Playstation 4, this review is going to be about the PC complete edition.

As the first Nioh was one of my top games of 2017, I couldn’t wait to get my hands on it and see what new tasty bits they’ve added. At the time of writing, Nioh 2: The Complete Edition is available for purchase on Steam, and includes 3 DLC packs, absolutely stuffing the game with content to get through. Let’s get down to the guts of it, shall we?

Nioh 2: CE is a third-person hack and slash combat RPG. Developed by Team Ninja, it takes the idea of a Souls-Like and mixes in some Ninja Gaiden bits. What this creates, its a fantastically tough, but rewarding, game experience. Set in a fictionalized 1500’s Japan, Nioh 2: Complete Edition follows the unnamed player character as they team up with Toukichiro to work for a warlord, searching the provinces of Japan for spirit stones. It is a prequel to the original Nioh.

The combat in the original Nioh was already really tight feeling, and now with Nioh 2: The Complete Edition they’ve added even more mechanics on top of it. From switching stances and weapons mid-combat to utilizing magics and ninjutsu, they’ve given you a wide array of weapons and tools to get the job done in any way you choose.

Some of the new mechanics include Yokai Shift, Burst Counter, and an improved skill tree. Yokai shift is comparable to Devil Trigger from the Devil May Cry series, turning your character into a demon with new abilities. Burst Counter is pretty much just what it sounds like, it’s a counter-attack that’ll stop any enemy in its tracks, using your Yokai shift temporarily.  They’ve also added some new weapon types to the game, much to my delight.

If you’re a fan of souls-like games, and you haven’t looked at Nioh yet, now is the perfect time to get into it. That’s not to say you should ignore the first game, because it’s also an incredibly fun game. The learning curve is pretty steep, but the rewarding feeling you get when you finally down that boss that’s been stomping your face is pretty incredible.

I’m playing the game using a GTX970 for the time being (I know, I know, an upgrade is on its way.) But using this 6-year-old card, allowed me to see how the game would run on an ageing computer rig. For the most part, Nioh 2: The Complete Edition runs fairly well with most of the settings turned down. Just because all the settings are turned down, doesn’t mean the game looks awful. The opposite, in fact. Nioh 2: The Complete Edition still looks very good, even at low settings.

I only encountered frame rate drops a few times. It was either when I was fighting the larger bosses or there were a lot of lighting effects going on. The frame drops weren’t so bad that it affected gameplay, however. It was just some occasional slowdown. I am very much looking forward to when I have a fancy new graphics card and can turn everything up to 11, to see just how good this game looks.

The sound design in Nioh 2: The Complete Edition is awesome. The slashing sounds from swords and other weapons sound very visceral and it sounds brutal. The music creates tension when battling against tough enemies.

I can see myself playing Nioh 2: The Complete Edition for many many hours. There are a ton of missions to do, and you can go back and replay old missions to stock up on items and grind some experience. Some people might not like grinding out old missions to gain levels, so instead, they’ll have to develop their skill and “git gud”.

Nioh 2: The Complete Edition plays great, looks great and sounds great. As difficult as it is, I feel the urge deep down to keep running at the brick walls until I burst through. The reward when you finally defeat a tough enemy that’s been getting you over and over is such a rush. I played the first Nioh a lot. I feel that Nioh 2: The Complete Edition is an improvement in just about every way.

It’s my great pleasure to bestow upon this game, the coveted Thumb Culture Platinum award. I cannot recommend this game enough, to fans of the souls-like genre, or even fans of Ninja Gaiden games. It’s taken parts from both worlds and masterfully smashed them together to create something special. 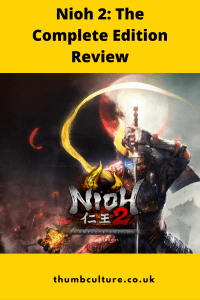