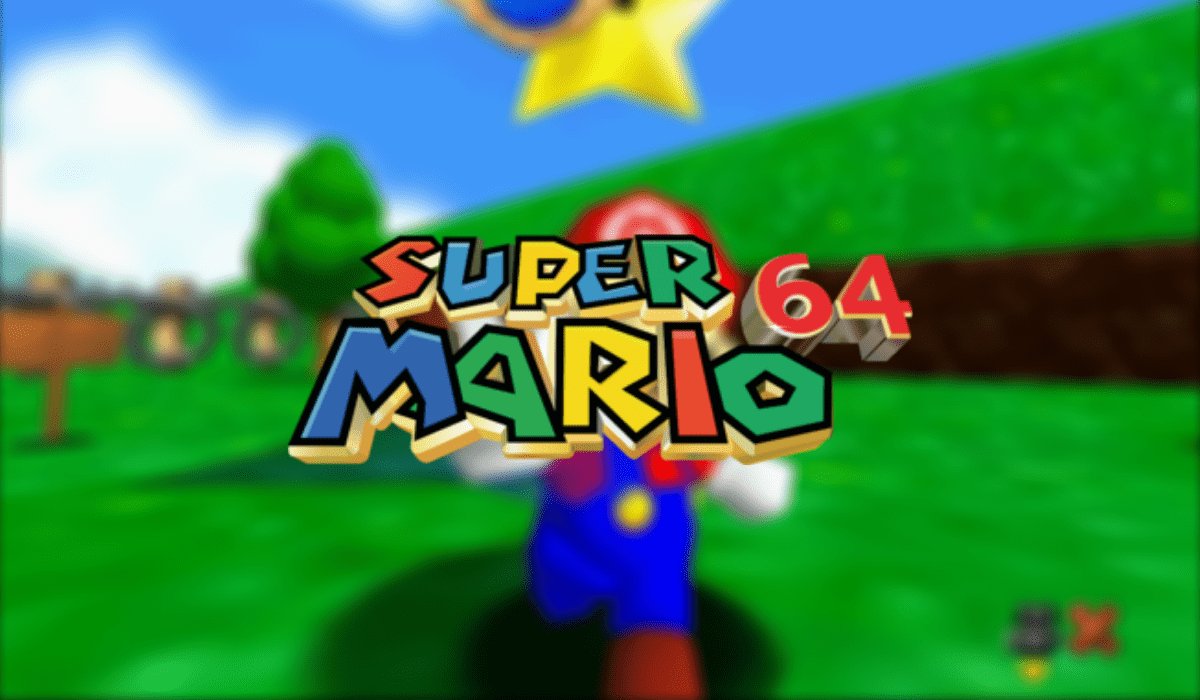 Mario 64 is a Nintendo 64 game brought to us by Nintendo in 1997. This game is the forefather to many Mario games to follow, as well as bringing in new features to games that we’d never seen in platform games before.

What will I think of Mario 64? Is it really an all-star? Or should Nintendo have let the light die down? As always, if you enjoy this article, please check out my previous here.

Mario 64‘s main story is about Mario trying to save the Princess from Bowser. This is an age-old story that time won’t forget as it seems to be the recurring theme for Mario games. During Mario 64 you must find hidden stars that will allow you to open doors to progress further in the castle. Once inside rooms, you need to jump into paintings. This allows Mario to travel to the levels to find more stars to help him in his journey to find the princess.

There are many hidden items in Mario 64, such as hidden stars, hidden red coins that will spawn extra lives, and also hidden areas for you to find more coins or stars. Some areas are quite challenging in working out how to progress a bit further into the levels.

Now, this leads me on to my main bugbear of Mario 64. The camera. This camera ruined the experience of this game for me. I tried so hard to overcome it, but I just found it to get more and more annoying. There were times where I would go to jump across to another platform, the camera would spin and then cause Mario to fall to his death. This happened many times to me. This also resulted in me pulling a face just like this.

It may have been something I was doing, or rather not doing properly. I tried different camera modes as well as moving the camera around to a comfortable spot but nope, it would ruin it for me every time. This is such a shame as I was really keen to play Mario 64 but I just could not continue with the camera issue. Let me know in the comments if you know a way of overcoming this camera and its mission to make my life a misery, haha.

Anyway, camera issues aside, I did enjoy what I could endure on Mario 64. I can totally understand why it has become such a classic among Nintendo and Mario fans. I can also understand why there have been so many people speed running this game on streaming sites.

I must add that I played Mario 64 on the Nintendo Switch via the Super Mario 3D All-Stars collection which I’ve heard the graphics are a slightly higher resolution than the original N64 release. However, the graphics are beautiful considering this is a Nintendo 64 game. Animations, textures, frame rates are all glorious.

The audio in Mario 64 is pleasant enough for the era. However, there is one REALLY annoying part where you need to take a baby penguin back to its mother. My god, that’s the most annoying noise in any game I have ever played. If you’ve played this game, I am sure you know what I mean.

Mario 64 will take you around 12 hours to complete the main story. The entire game will take 17-18 hours to 100% (depending on how many times you die). That’s quite a long time considering this game was made in 1997!

I can understand that the camera issues were more than likely a fault of my own. I just could not soldier through it like some games that I die on the regular, such as Bloodborne. As aforementioned what I did play I really enjoyed and I just can’t knock the game down a notch for a camera issue that may have been my fault.

I can totally appreciate that Mario 64 spawned a whole new generation of platform games, bringing in new mechanics we had not seen before, and ground breaking graphics at the time. For this reason, I give Mario 64 a gold award. 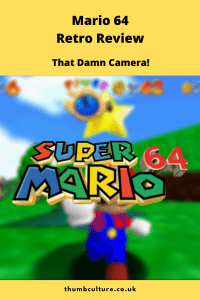