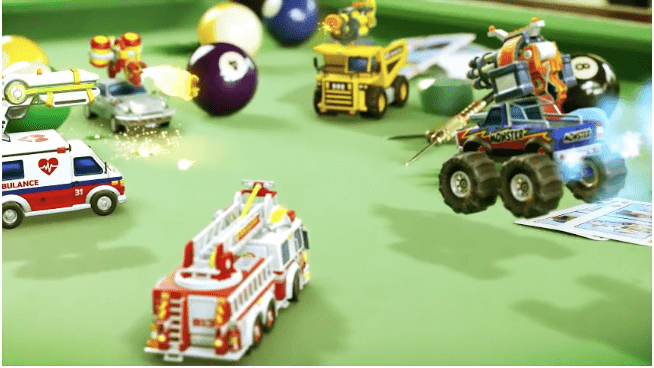 If anyone remembers the classic Micro Machines on the Megadrive, you’ll be well happy to hear that Codemasters are bring the series back to PS4, Xbox One and PC this year.

The surprise announcement came via a rather charming trailer, that show’s teeny tiny tabletop cars going to battle. Kind of reminded me a little of Rocket League.

Micro Machines World Series retains the manic social gameplay of the classic series, updated with stunning HD visuals that will see you return to the garden, kitchen, workshop and many more great locations in an array of amazing miniature vehicles.

In addition to classic game modes such as Race and Elimination, Micro Machines World Series introduces all new Battle Arenas which allow you to wreak mass destruction on a miniature scale against your friends or the AI. Meanwhile, Team play lets you work together using your vehicles’ unique skills in modes such as “Capture the Flag” and “King of the Hill.”