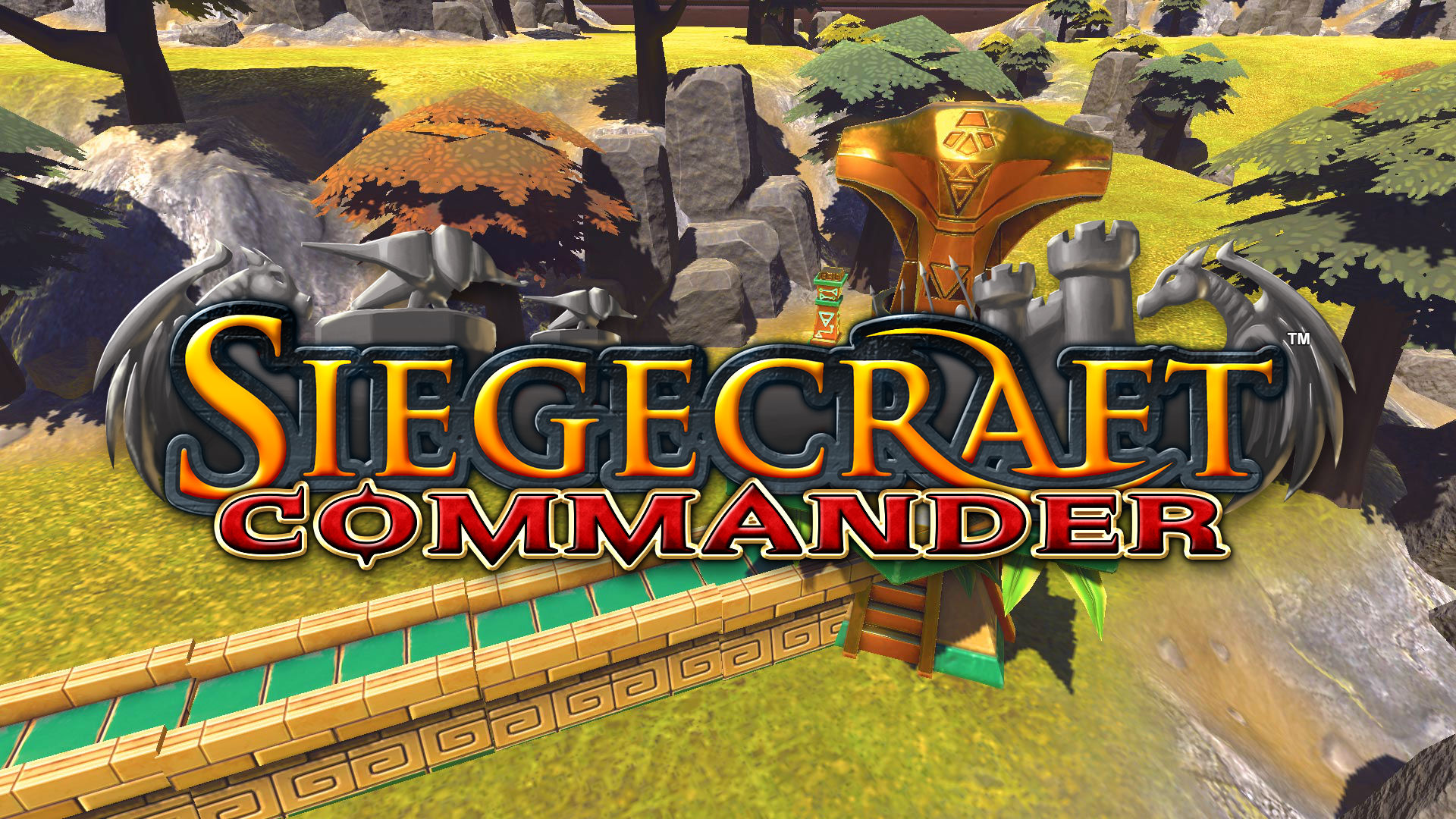 Siegecraft commander by Blowfish studios is the latest instalment of the popular siegecraft franchise. With a combination of twitch mechanics and positional tactics, you are tasked with building a fortress in its unique branching structure with each specialised tower giving differing skills to your ever-growing fortress. Everything that is user controlled is performed by adjusting the angle and trajectory of projectiles, firing both parts of your fortress and weapons upon the enemies that have only one mission, to stop you from destroying their keep.

The game itself is spread into two areas, the single player missions which see you choosing to be the Knights or the Lizards and taking on each mission as they come. Using some tactics, which I struggled with at first but eventually got the hand of, you slowly build your offensive and defensive towers which each have their own positives and negatives.

For example the standard outposts have no cool down time when firing their TNT barrels at enemies ,however with a low health bar they can be taken down very easily. There are many different towers that you can make use of, including an armoury for creating mortars, trebuchets and other attacking elements, and then you have your garrison where you create your army from the barracks. With some sentry type towers acting on their own you can build a formidable defence around your own towers.

Be careful when you are building your towers though as if one tower gets destroyed in the middle of your chain then everything will get destroyed that you have built subsequently which can be annoying if you have a naughty little lizard go on a ninja mission and happens to flank around you and destroys all your pretty defences that you spend many minutes constructing….damn lizards. It’s the dodgy eyes.

The levels get progressively difficult tasking you with taking down energy fields, totems among all of the other towers that the enemy happen to have constructed, one word of wisdom…if you can reach the keep from distance with a trebuchet then go for it, your main aim after all is to destroy the keep and this moves the levels forward.

There is a vague story line which sees you Play through the stories of both the Knights of Freemoi and the tribal Lizardmen. The Knights are greedy treasure hunters and the Lizardmen are led by a psychotic Shaman, yet their stories are connected in ways you might not expect.

Learn the secrets of the medieval world of Siegecraft and uncover the true evil that hides within.

The graphics are decent with good animations and decent explosive effects you won’t be overly disappointed with how the game looks unless you were expecting something that looks like Battlefield 1, the character models are chunky but this makes them more noticeable when they are meandering towards the enemies encampment getting prepared to destroy everything in their path, but that never is how it plays out. You dispatch a heavy number of soldiers from your barracks with a large delay between each soldier rolling out onto the battlefield with only a few of them making it to their target.

Multiplayer plays out in one of two ways, you either take turns making moves, or you just go hell for leather to get to your opponents keep. At the time of writing this I was unable to find an opponent when trying online, even with cross-platform matchmaking enabled. However you can go into custom game and set up your own turn based matchup to take on anyone you know that might have the game, or even someone playing couch co-op with you.

The game is not without its bugs however they are few and far between, the odd shadow casting further than any physics should allow and the odd sound glitch now and again, but these glitches do not detract from the game, and in general the game is a decent experience.

Overall if you are looking for either something different or you are already a fan of the Siegecraft franchise then you can’t go wrong with this iteration of the series. Aside from the odd glitch and bug now and again the game is solid and definitely makes you think on your feet with what moves to make and how to set up your defences.

Siegecraft Commander by Blowfish Studios gets our Silver award.