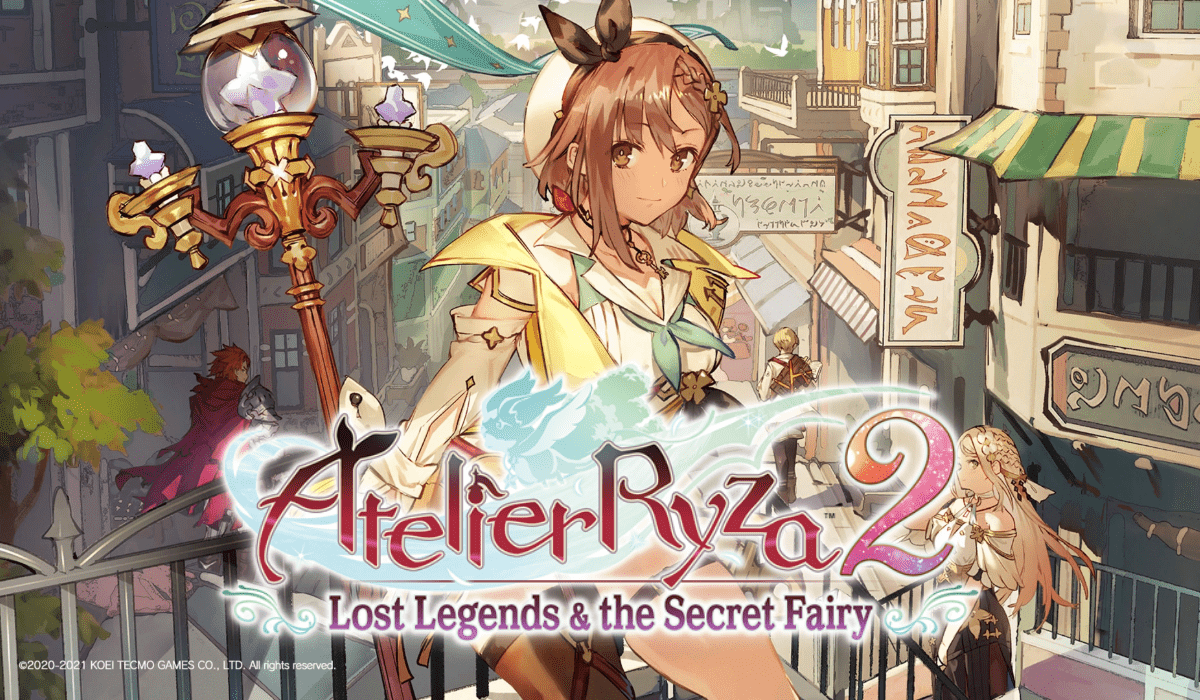 Atelier Ryza 2: Lost Legends & The Secret Fairy is the follow up to 2019’s Atelier Ryza: Ever Darkness & The Secret Hideout.  As usual, Gust is handling development while publishing goes to Koei Tecmo.  You could be forgiven for having never heard of the Atelier series before as they never reached western shores until 2005.  Additionally, they were only released on PlayStation systems until 2015, adding PC and then Nintendo Switch to their publishing portfolio.

Reisalin Stout, a.k.a. Ryza is back!  Atelier Ryza 2: Lost Legends & The Secret Fairy was released on January 25th, 2021 for PlayStation 4, PlayStation 5, and PC, and on January 29th for Nintendo Switch.  Atelier Ryza 2 is the 22nd main game in the series and 2nd game in the Secret storyline.  Have you played any of the other Atelier games? Let us know in the comments below.  You can check out my last RPG review here, and catch up with us on the socials here.  Now, let’s see what Ryza has in store for us!

Atelier Ryza 2 is set three years after the events of Atelier Ryza: Ever Darkness & The Secret Hideout.   Here, Ryza is invited by old pal Tao from the first game to come and help him and his mutual friend, Bos to study some ruins.  So, she leaves her home of Kurken Island where she teaches alchemy, but with an additional quest.  Bos’ father is in possession of a mysterious ‘stone’ and has asked Ryza to find out more about it.  And so the adventure begins.

A short distance from the dock is the pathway to the Capital.  Here you will encounter some low-level monsters (or sheep) and ingredients for alchemy, wasting no time in getting you started.  Once you get to the Capital you meet up with Tao and Bos who give you a tour before the story starts.  Ashra-Am-Baird acts as the hub area for the majority of the game, you will find yourself here a lot as it is where your alchemy lab is.  You can find markets here for resources and ingredients, engage with NPC’s and generally explore.

A significant amount of focus is placed on exploration and alchemy for crafting items to use in combat.  The ruins you explore have that typical dungeon feel to them as you go through wiping out monsters, gathering ingredients, and searching for secrets.  Combat is representative of a modern JRPG with a modified turn-based system.  Again this is comprised of real-time melee combat, special moves unleashed through gained ability points, and items crafted back at the lab such as bombs and various others with elemental and status effects.  Combat feels fluid and even though you can control other party members, they are competent enough on their own that you don’t have to micro-manage them.

With alchemy being the big draw in the Atelier series of games, it is very complex.  This is too where the exploration comes into it.  Taking all the ingredients and recipes you find out in the field to craft the best resources.  With alchemy being the big focus, I did find it a little odd (although very beneficial for me) that there was an auto-synthesize option.  Basically, this takes all the fun out of alchemy, but in turn, adds an accessibility option for a noob alchemist like myself.  This will take everything you have and generally synthesize the best items for you.

That being said, the exploration is extremely fun, especially with all the different types of enemies you encounter.  Traversal now includes being able to climb up walls and jumping across gaps with makes this a more interactive JRPG world.

Bold and beautiful, it’s SO Japanese!  Atelier Ryza 2 runs with a delectable, cute, and charming anime art style.  Environments are colourful and bright, even in the darkest dungeons which just gives the game a really cheerful feel.  The characters each have their own distinctive style and are quite adorable, even the annoying ones.  This is all accompanied by a loose and light-hearted musical score.  One thing that may put new players off is the dialogue.  It is all Japanese voice acting with English subtitles.  If you can live with that, which I can then I see no problem here.  Additionally, I encountered no graphical glitches or framerate issues, even when combat got chaotic.

With the near-limitless possibilities of alchemy in your atelier, the exploration to find that super rare ingredient you could be on this for many, many hours.  The main story feels a bit short for a JRPG, but this is not unwelcome.  The pacing is good, although there are the odd moments where the story dips a little, you could have the main story done in about 30 hours.  Shortly after the game’s release, there was an update.  This brings in harder difficulties, so the option is there if you wanted to challenge yourself.

Atelier Ryza 2: Lost Legends & The Secret Fairy is a fantastic entry into the series for fans and newcomers alike.  It isn’t your conventional JRPG, but it is so Japanese it’s unreal.  Dungeons are fun to explore and combat is fluid and enjoyable, but not overbearing.  The alchemy crafting system is massive and a lot of fun is to be had experimenting with different concoctions.  Some side missions can be a little tedious, but the overall story is great fun.  I wonder where the series will taker Ryza next time… 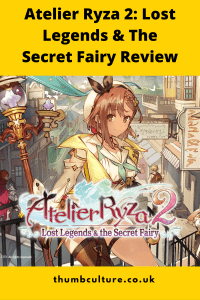