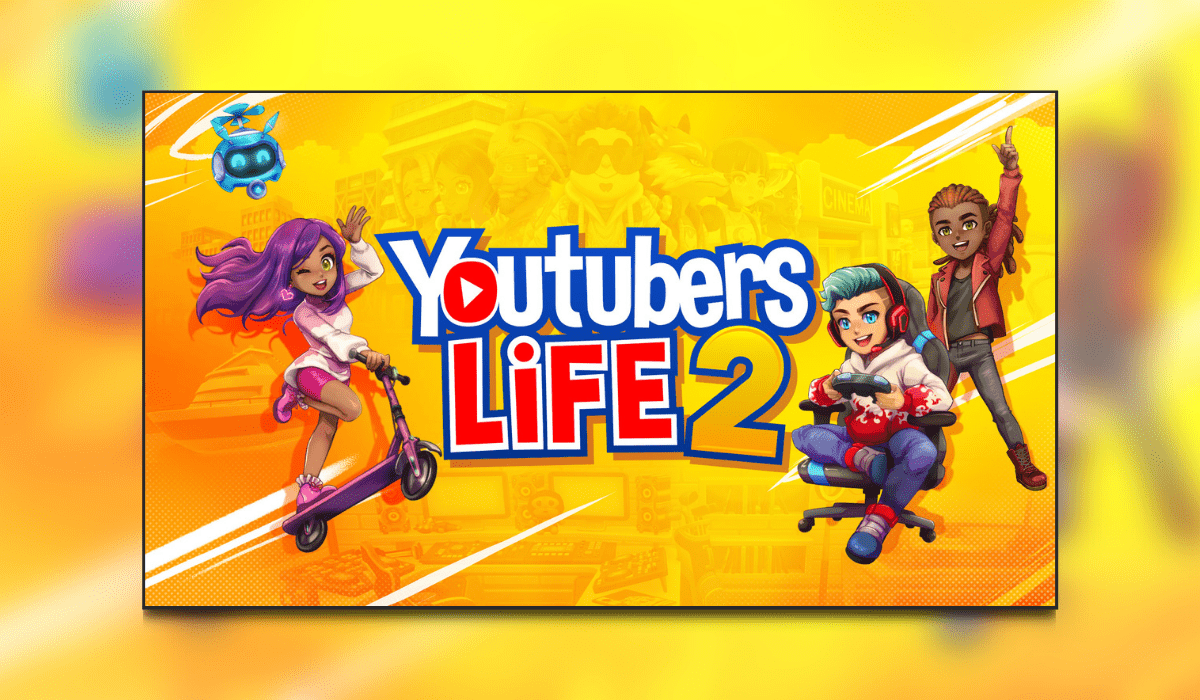 Youtubers Life 2 is a single-player life simulator from Spanish developer U-Play Online & Raiser Games. U-Play also made 2017’s Youtubers Life and also brought us Esports Life Tycoon. After character creation, the game starts with an invitation to live in the fictional NewTube City. Home to a community of YouTubers, you choose which type of content you want to create and record your way to the top.

Youtubers Life 2 is similar to the original game and the world expands outside the character’s home. I and my drone companion could take photos and film vlogs outside too. There are also quite a few pop culture references and some tongue-in-cheek humour to be found. Interacting with the other residents of NewTube City is a major part of the game. I even ended up meeting real-life YouTubers such as Pewdiepie who appear as part of the game.

All about that Youtubers Life 2

I based my review on the PC version but Youtubers Life 2 will also launch on Nintendo Switch, PS4 & X-Box One. If you are interested in learning more, Martin wrote a piece on the game, including the various famous YouTubers who appear in the game too. If you liked this review then you can check out some more of my work here where I gave a write-up on Broken Blades.

Youtubers Life 2 puts you into the shoes of an up-and-coming YouTuber who moves to NewTube City, and becomes part of the community there. Creating your character has plenty of variety and so it can fit with the YouTuber you may have in mind.

I chose the option to live in the video game district of the city (no big surprise there). Where you live doesn’t too much, there are plenty of reasons to visit the rest of the city and often you will need to. Learning the ropes with your drone companion who often gives tips and advice, you learn what the YouTuber life is all about.

When creating content it was a bit of a letdown how quickly energy would run out and the rapid passage of time. Both of those features made playing feel rushed, especially in the game’s first chapter. Occasionally I came across issues with the storage system too when the console space, in particular, wasn’t always clear to me.

The larger setting compared to Youtubers Life in that the city gave more opportunities and the ability to interact with the many residents. Many become secondary NPCs whose tasks form the main story which I felt the original lacked. Also returning is the ability to develop friendships and romantic relationships with said NPCs.

The city setting also allows there to be various tasks/quests outside of creating videos and the use of fictional social media. Using Instalife for selfies often led to the game frustratingly freezing and having to restart. A more open setting allowed U-play to bring in, often tongue in cheek, pop culture references. From film posters to appearances from famous real-life YouTubers which gave Youtubers Life 2 an unexpected quirky sense of humour I enjoyed.

I am reviewing Youtubers Life 2 based on the PC version and apart from the resolution where I used 1080p, the visuals are mostly set in stone. While playing I found no glitches or similar issues, except for the photo mode issue I mentioned earlier. I feel you wouldn’t miss higher settings due to the stylised graphics of the game. The visual style is detailed and vibrant which stops the frequent walking around from feeling like a chore. Likewise, it had relatively quick loading times when coming into and out of buildings, etc. I found the visual style worked well with the different city regions making them engaging and distinct.

I perhaps would have liked some voice acting which was mostly absent from Youtubers Life 2 but its absence didn’t spoil anything too much. The soundtrack and score always felt pleasant which went hand in hand with the long-term timescale of the game. The audio did change between different areas as well as between day and night, making each feel different. A nice part of the audio is the environmental sounds at various parts of the city. These range from automatic doors to pigeons cooing and together made the city feel dynamic and alive.

Youtubers Life 2 is a game I can see lasting many hours. The several hours I put in feels like I just scratched the surface. The game is about being part of the YouTube community as much as it is growing your own channel. Making your own content, as well as various tasks and relationship building, add to playtime. And for those of us who can’t help but get the collectibles and achievements, you won’t be disappointed. It is a bigger game than it may first appear but does span a path to being the number one YouTuber.

Overall I enjoyed playing Youtubers Life 2 quite a bit. The setting was fun and entertaining and I found the gameplay mechanics to be straightforward, especially when done often. The loose story was engaging and I enjoyed the use of social media, streaming, etc beyond simply recording videos. There were some glitches forcing me to restart the game that soured it for me a little. It looks and sounds great and if you like lifestyle simulators, I have no doubt that Youtubers Life 2 will be your cup of tea.

I give Youtubers Live 2 the Thumb Culture Silver Award.

One thought on “Youtubers Life 2 Review”