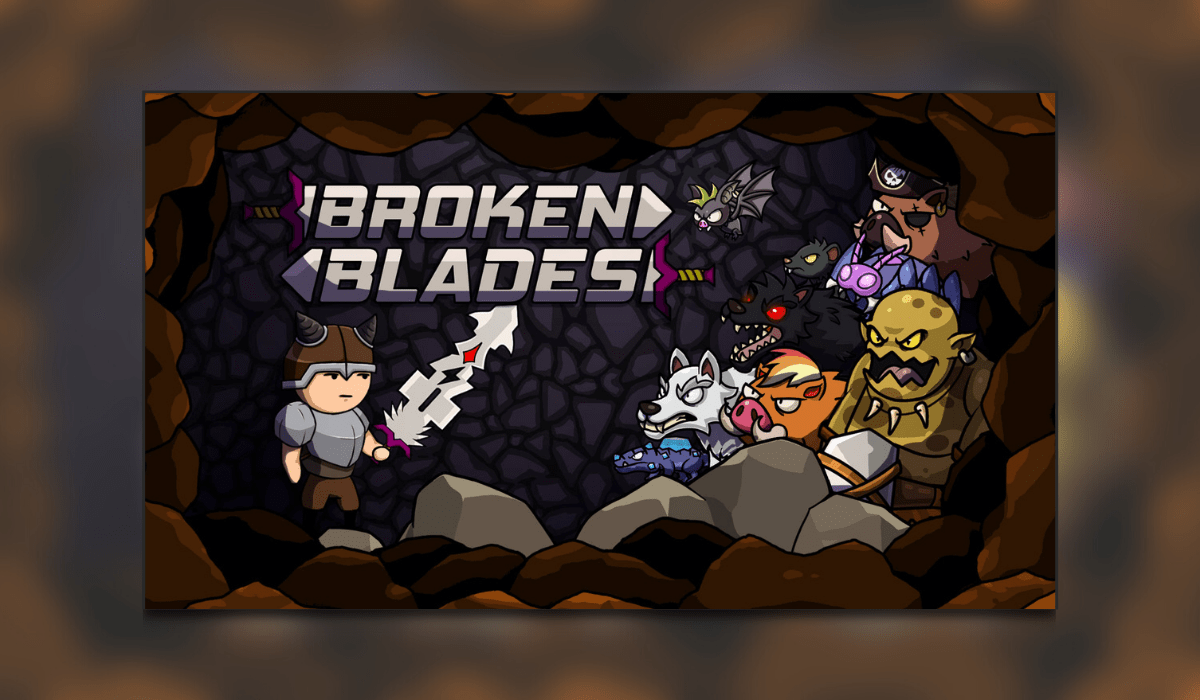 Broken Blades is the debut game from developer Pirates Game Studio and is published by Golden Eggs Studios & West Wind Games. It is a 2D rogue-like platformer set in a fantasy dungeon full of various creatures and monsters. After the tutorial, I learned the game doesn’t waste time. Right away I was in control of the protagonist in a world deep underground but with no understanding of who I am and how I got there. Fighting various monsters along the way as well as dodging the various traps, I only know hopefully there is a way out.

Broken Blades – The Sword Is Definitely A Fixer-Upper

From my first-hand experience and the general opinion of other players, Broken Blades is very difficult so bear that in mind. You can pick the game up on PC where it is available now. Platformers aren’t my strong suit but Broken Blades caught my eye and perhaps it did for you too. Let us know what you thought in the comments below and I am keen to know if progress was as well earned for you too.

Broken Blades has you spawn deep underground and with no context to find your way out. The dungeons are procedurally generated in this rogue-like Metroidvania game. In my experience, at least, you will die a lot and I found the procedurally generated environment didn’t do me any favours. Numerous animals and creatures will attack the protagonist on sight. The variety of monsters to fight was actually one of my favourite parts of the game. From barreling right at you to others being ranged and cautious, changing your approach is key.

While looking great, the environment is a lot of grey and brown so the creatures bring some colour which I appreciated. Dodging the traps peppered around proved tricky at times and lead to many moments of frustration. Those pesky monsters also keep a grudge and will follow you, even into boss fights if they can. Speaking of bosses, they are tough, and dying means going right back to step one and having to make your run again.

The titular weapon isn’t so much broken as a simple short sword when you start. I learned the hard way that the only way to progress is to build up the sword which makes it more powerful. Adding different pieces can come with extra damage e.g. fire and frost too depending on what you find. Blade shards are scattered around the area so it does take some exploring to find them and the monsters in your way. While this does deal more damage there is a balance to it as it makes the sword slower to swing. Finding a balance between the blade and the character upgrades available is a vital part of the game.

I really enjoyed the graphics and audio of Broken Blades and I believe this was its strong suit. It features stylized graphics which I found worked well with the fantasy setting, the environment, and monsters being very well detailed. The graphics were all pre-set and the resolution was the only setting to be changed up to 1080p. I didn’t mind this being absent given the design style and of course being a 2D side scroller. The game looked good with the array of colours and effects throughout so I didn’t miss out on any other graphics settings. And it all ran smoothly during my time playing.

The sounds and score were just as effective at engaging me in Broken Blades. Throughout the game, there is background music that is very upbeat and triumphant and you can’t help but feel epic while playing. The various creatures come with their own sounds and are very immersive. These range from the squeaks of rats which is almost cute to the screeching of a particular insect that gave me goosebumps.

Broken Blades is a single-player experience so completing it once lets you see the broad strokes. I feel after several hours the game has plenty more to offer with parts I may have missed. I touched on it earlier but the variety of upgrades can offer more replayability. For myself, I found it very difficult so to finish it even once would take many hours and even more patience. For those who have the patience or are more skilled gamers, you may get more out of it.

Broken Blades is a very challenging game and while I did feel quite a bit of rage, I didn’t quit. If it weren’t so overwhelming the combat would feel really fun and often it did. The visuals and audio were great and my personal highlight of the game. I enjoyed the choices and how there was risk and reward when exploring this underground world too. There is definitely a lot to the game and different approaches to experience it. Assuming you don’t rage quit, of course, Broken Blades is a fine addition to the Metroidvania genre. I award Broken Blades the Thumb Culture Silver Award.