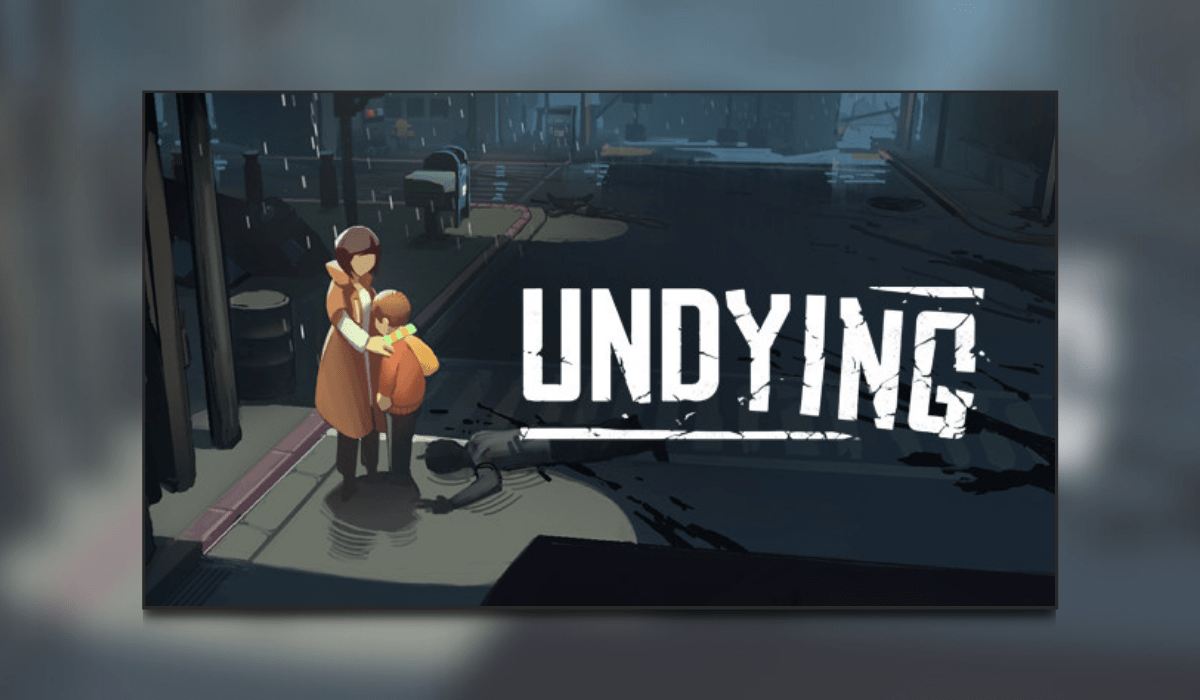 Undying isn’t your typical survival/crafting/zombie game. Developed by Vanimals and published by Skystone Games Inc (The Last Friend), Undying enters Early Access on Steam on October 19th, 2021. It has been in development over the past three years. Vanimals is hopeful for it to be in Early Access no longer than six months. The Early Access version of Undying consists of roughly the first half of the game. Vanimals is also planning for an eventual release to consoles as well.

When I first heard about Undying, I wasn’t certain I was ready to add yet another zombie apocalypse game to my library. There are just so many available out there with varying degrees of success. This becomes especially true when you add the “crafting” and “survival” tags to narrow down the list further. But when I took a closer look at what the game was actually about, it genuinely caught my interest. Undying is probably the first time I’ve come across a game involving zombies that gives more focus on the relationship between the characters than the usual narrative of survival. Have you ever found a game with a common theme to be more than you expected? Share yours in the comments below!

The focus of Undying is the relationship between a mother and her son. You find as you start the game that the mother, Anling, has been bitten by a zombie so it is only a matter of time until she turns. It becomes a race against the clock as you try to teach her son, Cody, everything you possibly can to improve his chances of survival once you’re gone. The invaluable skills you teach him as you play include everything from scavenging, repairing, and crafting to cooking and cultivating. I found this to be a very unique take on the zombie genre. Most of them solely focus on you developing these skills as the main character rather than teaching another character how to survive.

With the main focus of Undying being so different, I honestly felt it to be more of a casual take on a zombie apocalypse. Combat was of course necessary at times but didn’t make me feel as keyed up and anxious as games like 7 Days to Die or Dying Light would during an encounter. There were certainly “oh sh*t!” moments but they were more or less due to just me not paying full attention to the environment and paying the consequences. Many of the encounters could be easily thought out ahead of time.

The gathering and crafting aspects of Undying are similarly simple. Necessary ingredients for recipes and repairs are found by exploring and scavenging through the usual locations. Others you can craft at a workbench from the raw materials. The trick is remembering to “show” Cody how to perform the actions as you go about your business so that his skills level up and he’s able to complete tasks on his own over time.

I played Undying on PC with the default video settings of “Ultra” at 1920×1080 for this review. There are currently only settings for full screen, resolution, and overall graphics quality. I suppose you could throw in the brightness slider as well if you want. The style of graphics is simple but also a quality asset to the overall feel of the game. The animations for different actions are minimal as well – again adding to the casual feeling.

Even the background music gives Undying a relaxed aesthetic. It doesn’t quite lull you to sleep, but it doesn’t make you constantly sit on the edge of your seat either. Sound effects such as scavenging through a bin or striking something feel basic. With the number of crafting/survival games out there, it tends to happen. So I wouldn’t necessarily say that the game loses points for this.

Undying features three different difficulty levels. Each playthrough in early access is 30 Days in-game which is supposed to be about five to six hours. The full game will be 60 Days so I would expect a full playthrough to be roughly ten to twelve hours. It may end up being worthwhile to play through each difficulty once or twice. At this point I’m not entirely sure how much longevity the game will have beyond that. It definitely feels like a game worth playing completely through at least once if nothing else though.

Although Undying feels like a casual, simple game overall, it is worth taking the time to play. Especially if you enjoy one with a premise that can hit you right in the feels. As a parent, I can imagine being in the shoes of Anling and wanting to do as much as I could before inevitable death for my child’s survival. Undying makes you place value in the bond between mother and child in a dire life or death scenario. I’m looking forward to the finished product next year!