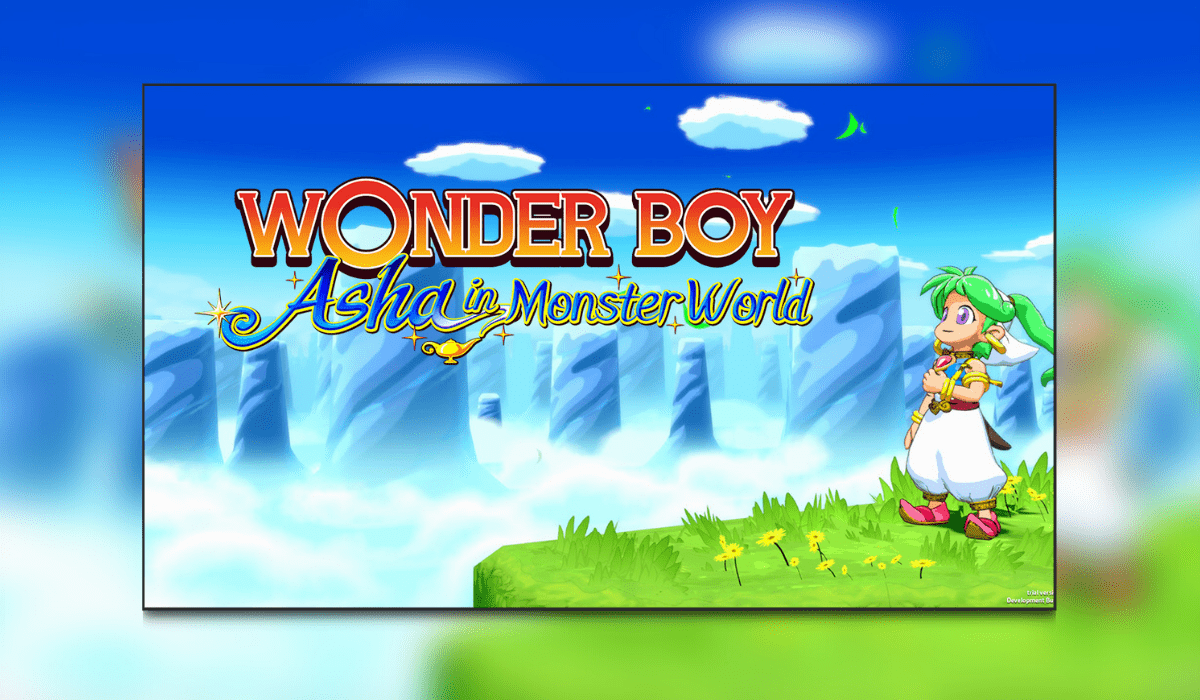 The story of Wonder Boy is one that has spanned five decades.  It started life in the arcades just at the latter end of the golden age of arcade video games. Between the years 1986 and 1988, Sega had published three Wonder Boy games which were ported to everything from the Commodore 64 and the ZX Spectrum, to the TurboGrafx-CD. It made the move to home consoles in 1989, starting on the Master System before moving on to the Mega Drive. It would be 22 years before we heard from the boy of wonder again.

Fast forward to 2016 and the retro gaming scene is booming! At the turn of the century, gaming tech had advanced hugely, and consoles like the Super Nintendo were just ‘uncool’ with their primitive and antediluvian graphics. But now that has been turned upside down thanks in part to a huge retro gaming community. We can’t help but love the old stuff. We are in the midst of a retro revival that has grown stronger (and more expensive) in the last 15 years. Since 2016 we have seen three Wonder Boy remakes and one entry into the main series.

So ININ games are at it again, this time with Wonder Boy: Asha In Monster World.  This is a remake of Monster World IV which first appeared on the Mega Drive in 1994. Having recently played Space Invaders Forever and Bubble Bobble 4: Friends, I was excited to get into this. So with ININ games publishing, it falls to Artdink for the developing privileges. Artdink has been around since before the first Wonder Boy game was ever released, so let’s see how they did. Wonder Boy: Asha In Monster World is out now on the Playstation 4 and Nintendo Switch.

Staying true to the original, Wonder Boy: Asha In Monster World is a faithful remake in every sense of the word which I’m sure will please all generations of gamers. The game is an adventure platformer with some puzzling and light RPG elements. After a brief platforming section to famliliarise yourself with the basic controls, you meet a genie. You then become the master of this genie. It’s not long until your character Asha heeds the spirits whispering upon the winds, calling to her for aid. These four spirits have been captured by evil forces and so begins your journey to free them. Asha is not alone in her quest though. She is accompanied by her wee blue companion Pepelogoo.

Much like the original and other platformers like it, the gameplay is simple but really fun. You have your sword and shield for basic attack and defence. These can be upgraded at the shop with the coins you collect throughout the game. These can also be coalesced to give stat defences against various elements. You can also purchase bracelets and armour for further protection. Not everything can be bought at the shop though. Various items are scattered throughout the world and only through exploration will you find them.

Attacking is very basic with just the forward, upward, and downward thrust of your sword to fell your foes. Asha would not get very far without her little mate, Pepelogoo. He sort of reminds me of a Moogle from the Final Fantasy series, in which you can summon him to carry out various tasks. With Pepelogoo you are able to double jump to reach areas you wouldn’t otherwise reach. Additionally, you can grab onto him and glide across large gaps and even use him as a shield of sorts to protect you from lava.

To be fair, the enemies don’t seem to pose much of a threat and the bosses can be fairly easy to kill. It’s not the hardest game you will ever play, but it’s by no means the easiest and is still a lot of fun, reminding you of the simplicity of gaming before polygons came along and ruined it all.

One big change in the game is the save system, which is a bit of a moot point. In the original game, you come across the Sage of Save who could be found in various locations. Here you would save your game and that would act as your checkpoint. However, we live in an age where we are used to saving where ever we like with autosave every few minutes. This is now the way to save within the game. Personally, this is not how I would like to play the game, but I can see why it was included. For me, it takes away the challenge element which would keep it exciting. The challenge being to play with a duty of care for if you die, you could be sent to a faraway point in the game and have to do it all over again.

Straight away you are struck by the vivid colours of the evocative cel-shaded 2.5D characters and environments. Even in darker areas such as caverns, the lava has been contrasted beautifully. The visuals are a great modern enhancement built upon the charm of the original game.

We have a modernised soundtrack as well featuring tracks from the original game. For the first time ever in a Wonder Boy game, we have voice acting. This is in Japanese voiced by Fairouz Ai (Fire Emblem Heroes) which I think was a nice touch to the game to bring it more in line with modern games.

Here we have what is possibly the biggest drawback of the game. It isn’t very long at all, clocking in between 5-6 hours. This falls in line with that of its retro counterpart. This was probably one of the longer than average platform games in the 16-bit era, but by today’s standards, it does fall a little bit short. That being said, if you have the physical version of the game, you get a copy of the original 16-bit game with it. This is a fantastic addition and is really the best way you can compare the two. You will see that Wonder Boy: Asha In Monster World is a scene-for-scene carbon copy of Monster World IV.

Wonder Boy: Asha In Monster World is a bright and bouncy adventure that will definitely appeal to fans of Monster World IV as well as a new younger audience. As well as being a remake, the game would stand on its own two feet as a modern game. The visuals are slick and the gameplay is fun, though it’s a little on the short side and the revamped save system is a moot point based on preference. A great deal of care has been put in by the developers to keep it true to the original and that is evident even down to the small details such as Asha shaking her little tooshie while searching chests for goodies.

Overall, Wonder Boy: Asha In Monster World is a great little game, so I award it the Thumb Culture Gold Award.