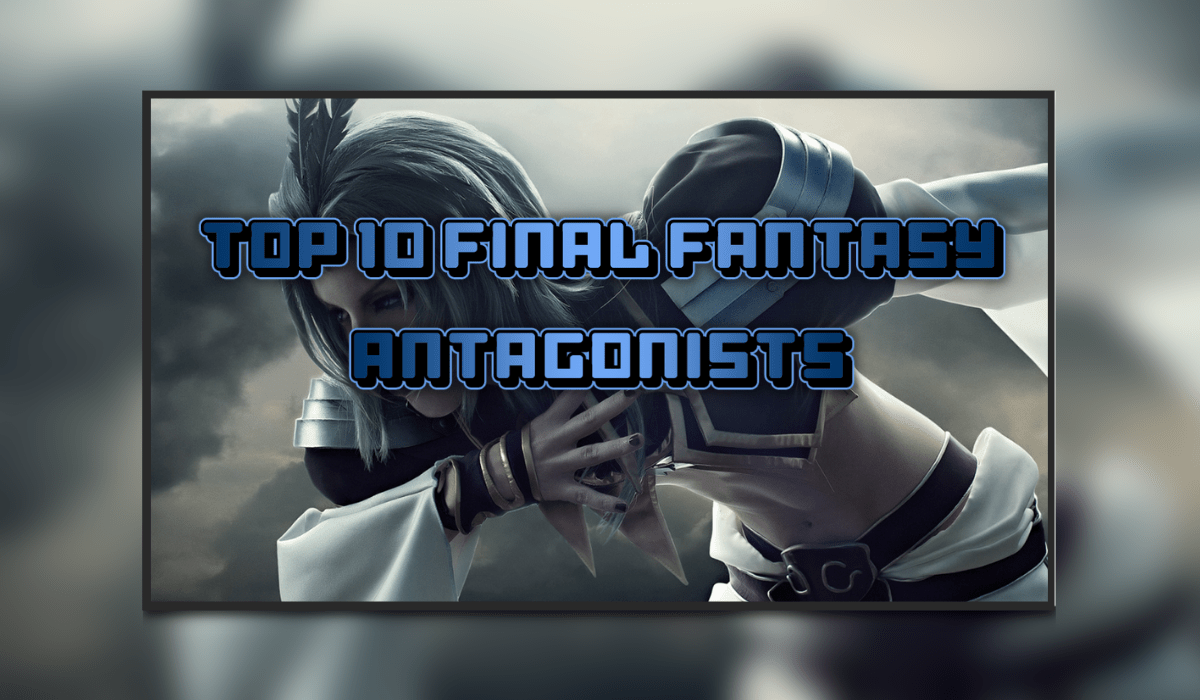 For over 30 years the Final Fantasy franchise has given us joy, tears, sweat, and heartbreak, and it’s the game that just keeps on giving. Its whole history is truly fascinating (maybe we’ll get into it one day) and is something most JRPG fans already know. But it’s the villains of the game that have caught our attention and there are so many to get through. So sit back and enjoy as we go through the Top 10 Final Fantasy Antagonists. Also, this list is based on how an antagonist makes you feel while playing. So taking into account their backstory and just overall fairness.

If you enjoyed this then you can check out my latest list here and also why not check out what the rest of the Thumb Culture team are up to on our social media.

Golbez, otherwise known as The Man in Black as he was called before his identity was revealed in Final Fantasy IV: The After Years is a sorcerer who pursues the crystals. Through the majority of Final Fantasy IV, Golbez is a cruel and heartless man who will stop at nothing to obtain the Crystals, destroying anyone and anything that stands in his way. He is a master manipulator, tricking Cecil and his allies into retrieving two Crystals for him. Defeating Golbez is no easy feat as you will need to be at least level 35 to stand a chance and then with some strategy and pattern watching you should be able to take him down.

Now I know many are expecting Kefka to be much higher on this list but just hear me out. While he is pure evil and made many fans rage back in the day due to unforgiving he was. He doesn’t tick every box for me.

An experimental magick knight that went wrong. Kefka really doesn’t care about anyone or anything and will do whatever he can to destroy the world. This guy takes some serious beating and even if you think you are prepared to face him then add another few hours of grinding and then you may be ready. This is one battle not to be taken lightly. He isn’t higher on the list because I didn’t want it to be predictable so he only goes to number 9.

Good old Garland. The original bad boy himself. First appearing in the Final Fantasy and appearing in many more. A former knight of Cornelia who has fallen from grace, the Warriors of Light pursue him after learning he has kidnapped Princess Sarah. Hard to believe that he only attacked you with physical attacks and not magic but it was still no easy feat. Going in unprepared led to many game over screens back in 1987 and even still to this day.

While many fans call Final Fantasy V the black sheep of the franchise you can’t take away its main antagonist Exdeath. Despite looking like one of the most intimidating villains in the franchise Exdeath is basically a tree. He was once, and still is to an extent, a tree from The Great Forest of Moore. A boss battle that’s considered one of the best. He takes some beating but with careful planning and some patience then he’s not all that bad. Got to say as well that the artwork that went into him is absolutely incredible.

Probably the most underrated antagonist in the whole series. Seifer is a Seed soldier at Balamb Garden like the rest of the party in the game, but his arrogance and greed turn him into a villain. He is basically the mirror image of the protagonist Squall as they are the only gunblade specialists and also raised at the same orphanage. While at the start of the game you get to control Seifer it’s the many times you face him in a battle that sets him apart as each time gets harder and harder.

Well, we all knew he was gonna make an appearance. Sephiroth is a former renowned Soldier who went nuts. In the simplest terms, Sephiroth’s background is that he was created from the cells of an alien, and after finding out he goes on a rampage to end all rampages. I mean the guy turns into a God and wants to suck all the life out of the planet. With one of the most unique looks in the series and with a nickname of the One-Winged Angel and a boss battle that will be remembered throughout gaming history.

Probably the coolest and well-thought-out antagonist goes to Ardyn. Ardyn is a shrewd, humorous, and a manipulative man who appears casual and unfazed by the events around him. He has an eccentric appearance and personality, often coming across as patronisingly civil. He is unpredictable, and his exaggerated and performative personality hides his sinister intentions and dark past. Like Kuja, he enjoys manipulating events and watching them unfold. He is the perfect all-around bad guy and his onscreen presence is just captivating. Not much of a boss battle as it can be quite easy but the guy himself makes up for all that.

So close to taking the Number 2 slot but just missing out. Sin is a giant whale-like beast with a city literally on its head.  It was named by the people of Spira who believed the beast came into being as punishment for their ancestors relying on machines and becoming a hedonistic society. By following the teachings of Yevon, the people of Spira believe one day they will atone for their crimes and Sin will vanish. You fight Sin many times throughout the game which ultimately leads to the final battle and while some consider it to one of the easiest boss fights, yet still gave many players a game over screen.

Probably the most human villain throughout the series. Kuja operates behind the scenes, at first working in Queen Brahne of Alexandria’s shadow. He wishes to acquire the power of the eidolons so he can rule Gaia. He is a powerful sorcerer who rides a silver dragon. The way he talks can be amusing as he never really takes anything seriously. As far as battling the guy, he can take on a couple of forms and can give you some serious problems with both his physical and magic attacks. Not too easy and yet not too hard.

Here we are. Is there anyone more fitting to be a number one other than Barthandelus? If you’ve played Final Fantasy XIII then you know exactly that this will make your playthrough a living hell. You fight him multiple times and each time it gets harder. Ohh boy does he get harder. He revels in manipulating absolutely everything for his own ends, which happens to be the wholesale slaughter of millions for the sake of getting the attention of the almighty creator. Prepare to see that game over screen and rage out a lot because he takes some serious beating. This truly is a test of your Final Fantasy knowledge to get through each fight and after finally beating him, you can hold your head up high and be proud to have beaten one of the hardest bosses in the Final Fantasy franchise. A worthy Number 1 in our Top 10 Final Fantasy Protagonists. 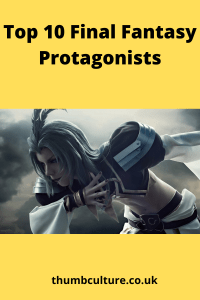