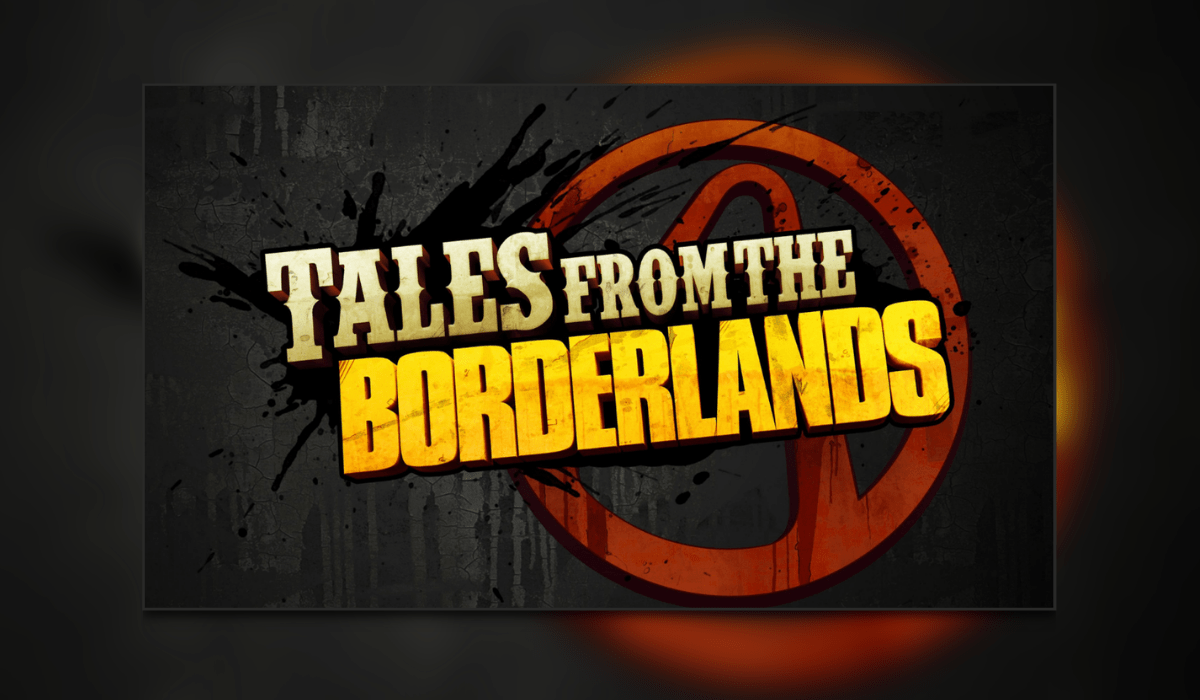 Tales From The Borderlands is developed by Telltale Games and published by 2K. It’s an episodic point and click adventure game from the world of the Borderlands video games. It initially released in 2014 for the PC, PlayStation 3 & 4, Xbox 360, and Xbox One. Then re-released in February 2021 for the Nintendo Switch.

Tales From The Borderlands – So Good It’s Too Good

As somebody who has never played a Borderlands game before I went into this completely blind and wasn’t sure what to expect. Does it hold up to the usual standards that we expect in Telltale Games? Join me in this Tales From The Borderlands review to find out and if you enjoyed this then why not check out my latest review here and you can also see what the rest of the Thumb Culture team are up to on our social media.

Tales From The Borderlands is just like every other Telltale game in the way that it is an action-adventure point and click game. The story is set in the world of Pandora where you play as two characters. Rhys and Fiona over the span of five episodes. Rhys has a cybernetic eye installed which enables him to scan items in the environments, while Fiona is equipped with a single-shot pistol that can be enhanced with elemental damages.

Just like the original Borderlands games, it has a loot system where you can collect money and other stuff to help you on your quest. The main gameplay itself is waiting to make an action or a choice that will determine which path you go through the game. Each choice makes an impact on future episodes and also relationships with other characters. Straight away from the first scene of the game you just know that you’re in for one hell of a ride. Both the main protagonists and the side characters are just so loveable and you instantly form a relationship with them. You just can’t go a few minutes without some great dialogue that will make you laugh both inside and out.

It would have been so easy to screw up the comedic timing with the gameplay but Tales From The Borderlands nails them both. While the comedy is great it doesn’t deter from the action that is always taking place. There is so much more to be said about the game in general but I feel that would be giving spoilers and I don’t want to ruin a player’s first experience of playing this true gem of a game. It’s something you really need to enjoy without knowing too much.

The graphics are what you would expect from Telltale. The usual comic book style with bright and colourful backgrounds. The graphics in all of the Telltale games are just great to look at and always appealing to the eye. I feel like these kinds of games are impossible to be glitchy or buggy. They just always seem to run so smoothly no matter what platform you play them on. The same goes for the audio. It is just so crystal clear and you can hear absolutely everything that goes on and a lot goes off in the world of Pandora. I never experienced anything that I can say in my two playthroughs of the game.

As with previous games from Telltale Games. Tales From The Borderlands is an episodic game so it is split into 5 episodes with each episode lasting around 3 hours with maybe an extra hour going back and getting all the extras. So in general you have a good 20 hours of full gameplay and you don’t want to waste a single second of it. While not relatively long compared to the games on today’s market. I highly doubt that you will find a game where you enjoyed all of what it has to offer.

My final thought is that I truly believe that Tales From The Borderlands is the best game that Telltale made. I thought that it was The Walking Dead but this beats it. From start to finish and start to finish again playing it was an absolute blast and pleasure to experience it. While I never played a Borderlands game before this has made me want to play the other games in the franchise because if they are anywhere near as good as this then I will be one happy gamer.

So it is truly an honour to give Tales From The Borderlands the Thumb Culture Platinum Award as it was an experience I will never forget. 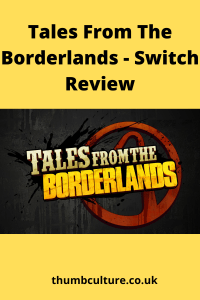