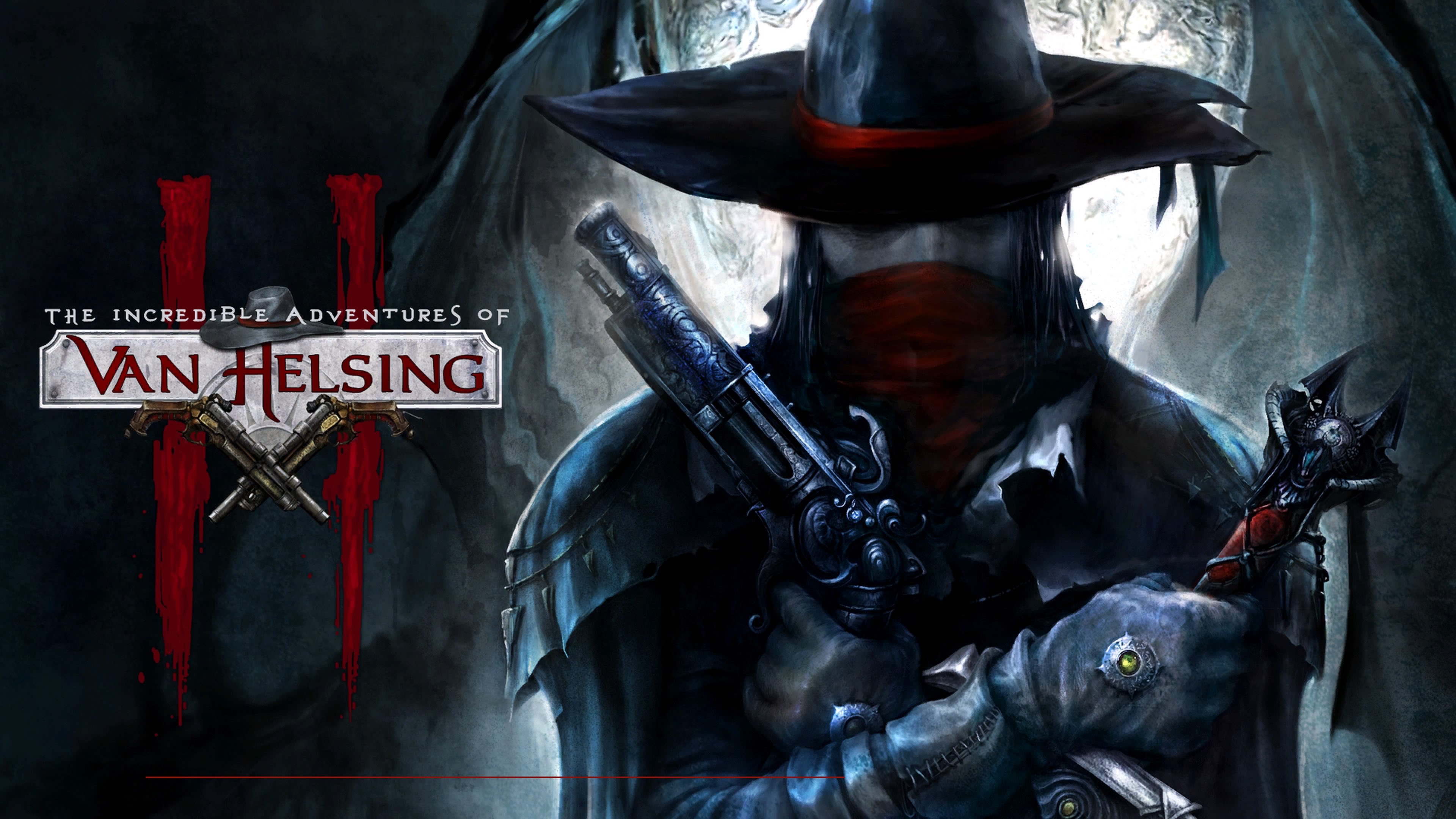 The Incredible Adventures of Van Helsing II by Neocore Games is the second instalment in a trilogy of hack ‘n slash Van Helsing games to come to console.  Already available on PC since 2014, Van Helsing II boasts “PS4 Pro Enhanced” support and can also be played as a standalone game with no prior knowledge of the first adventure.

For those of you that have never heard of Van Helsing, well he is the son of legendary vampire hunter Abraham Van Helsing found in Bram Stoker’s awesome novel “Dracula”.  If you love all things gothic and creatures such as zombies, ogres, vampires and other occult beings then this is for you!

The first instalment of The Incredible Adventures of Van Helsing, which hit the Playstation store back in March this year received mixed reviews however generally it was was all positive, I hope the second offering holds up to it’s legacy. Let’s have a play!

Ok, so straight into the menus and its time to select between single player and multiplayer.  Single player sees a story mode, scenario selector, neverending story and included DLC known as the inkhunt.  Multiplayer lets you create or join a co-op story mode game, scenario or battle royale.  Unfortunately there isn’t a local co-op mode.

Selecting my Van Helsing character from the 3 possible characters; Hunter (swords and pistols), Thaumaturge (magician) and Arcane Mechanic (uses awesome machinery and weapons), the difficulty of the game and the name of your character can be altered.

Once I had created my hunter character, “Van DaddyO” was ready for action.  The next menu sees you select the story mode to start.  Later options that unlock include the chance to select from a scenario, neverending story and included DLC known as the inkhunt.

With a beautiful steam punk inspired theme, Van Helsing II opens up with a long introduction that brings you upto speed with the events of the previous game.  It is soon evident that having defeated the mad scientist and ridding Borgovia of monsters that a new evil has invaded the streets hell bent on causing death and destruction.  Van Helsing, along with his faithful ghostly companion, Lady Katarina, take on the new threat, however they are not alone in their plight due to help from a strange masked entity.

Starting in the ruins of the tunnels below Borgovia following an explosion, you and your ghostly friend Lady Katarina are met by the masked apparition known as “Prisoner Seven” as you are given your first quest to enter your lair.  Finding your clothes and weapons you are then free to wander along the atmospherically lit dungeon walkways facing all manner of monsters.  Armed with my trusty sword for close quarters and pistols for ranged attacks, the monsters take a lot of beating initially due to your level and abilities being low.  I struggled to even get to the first checkpoint on numerous occasions as I found that I was being swamped by the enemy.  Lady Katarina helps automatically where she can and has her own health and abilities which can be viewed in the top left of the screen but even she had her limitations as she also requires levelling up to be of use.

Once at the lair some more of the story is told to you and it is straight off to action in the Industrial Quarter of Borgovia.  This is where Van Helsing II begins to get interesting.  The map is fairly large and alongside the main story quest you also have smaller side quests to help boost your XP and abilities.  In a nut shell it is a case of running around and killing everything that looks evil!  In addition to the quests you also have the chance to take more of a key role if you desire in achieving your outcome.  For example one of the missions involves you holding positions and rescuing wounded soldiers, you are given the chance to either let the general direct the orders to the frontlines or take charge and the mission then becomes a mini tower defence game.  It is good to have the choice as there is so much going on at times with enemies coming from all directions that not everybody may want the additional responsibility!

Game mechanics are very involved and as a new player this took me a while to get my head around.  You have the usual button mashing combos, newly discovered weapons and items of clothing as well as the deployment of skill points for the body, dexterity, willpower and luck.  The modification of character stats is good fun and adds an element of customisation to benefit your character however if you are not confident with it then it will not affect your character too much if you choose to not embark down that path.

Loot money can be used to purchase new weapons and items and is also spent learning and upgrading abilities.  New skills can be bought and the multiple offerings can be found for me under “Thaumaturge”, “Tricks” and “Auras”.  Each come with their own mini upgrade aspects which allows you to specifically assign buttons to new skills and also decide what the combo should be to initiate them.  A fusion system allows you to combine certain items and add powerups to them making a truly unique character.  Not only is Van Helsing fully upgradeable but so is Lady Katarina, therefore you have two characters to keep an eye on and customise.

I found the exploration of the maps really interesting and enjoyed how the dim eerie torch lit corridors made way for deep chasms and underground lairs as you navigate your way along.  The smoky haze along with the gothic, steam punk scenery and items really add to invoke the atmosphere that you would expect when playing a Van Helsing style game.

The cutscenes between levels are well animated and look crystal clear on the screen as are the monsters whose shadows you sometimes see coming along before the threat itself.  I particularly enjoyed the newspaper style propaganda art before each level that show both sides views of current events.

I loved the haunting musical score to Van Helsing 2 and the story narrative is strong and compelling.  The dialogue between Van Helsing and Lady Katarina is at times tongue in cheek and the pair have quite the banter with one another throughout the game.  For the “sense of humour failure” gamer  they may find that this detracts from the seriousness of the objective however I found it well placed and lightened the mood at times, especially after a huge fight.

If you love to explore dungeons and worlds, find hidden areas, love all things gothic and steam punk as well as hacking and slashing enemies then The Incredible Adventures of Van Helsing II is for you.  The added bonus of the optional tower defence element and the multiple ways that you can customise your character opens up a whole world of time consuming variables which will keep you hooked for some time to come.