Hey there fellow football fans. With the start of the new season comes the annual release of the 2 mainstay gaming titles: FIFA & PES. I’m sure this is a topic that we could sit and talk about for hours given the sheer volume of titles at our disposal. All of which have a plethora of features and pleasing attributes. However as both FIFA and PES are due for release over the coming weeks, we don’t really have the time for that kind of debate. So I thought it would be nice instead to just have a quick look over the origins of a few of the football titles from our past that shaped Football gaming as we know it (in my opinion at least).

For FIFA it all started back in 1993 on the Mega Drive/SNES.

This is a key title in my opinion as not only was it the first iteration of FIFA, but it was also the first football game franchise (that I can recall) to obtain true licencing for the clubs and players. As well as that ‘side of the pitch’ camera angle that was both beautiful for its time, but also very annoying at the same time.

Something I really loved about this game was that if you committed a foul, you could run away from the referee and turn it into a game of cat a mouse until he finally caught you. Then would proceed to give you a yellow or red card (they should really do that in the Premier League!).

You can clearly see the beginnings of what was going to steadily turn into the FIFA we know and love today, ok it’s rough around the edges here but its charm is undeniable.

For PES it’s not such a long glorious history I’m afraid. Its first outing under its current name was back in 2001 for the PlayStation and PS2. While it didn’t have the glamour of FIFA or the fully licensed clubs at that time. It beat FIFA hands down on the playability and customization. (Back in the day I remember creating a whole Team of Players that looked exactly like Edgar Davids, just with different coloured hair). 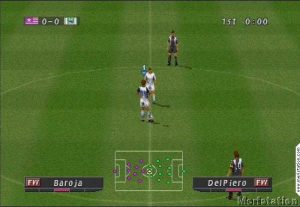 I mentioned that PES didn’t have the Licencing for the players’ names, but in part that just added to its appeal as it meant the voice over for the player names were both amusing, and also included a bunch of generic names. So chances are you could actually hear your own name included.

Now let’s be honest, there are almost 10 years between the first iterations of these two titles, why is that? Given that they have been going head to head for so long. Well PES is actually a spin-off from International Superstar Soccer, which for me didn’t have anywhere near enough about it to take on the likes of FIFA, I think Konami must have been of the same mind-set here so revamped it completely into the first version of the PES we know today.

Now we have looked at both of the mainstay titles origins. Here are a few other titles which I think have influenced the way these titles have adjusted of the years.

Football Manager (or Championship Manager as it was known originally), for me can be credited with forcing FIFA and PES to include a Manager mode in their games. It is a PC mainstay release with only a few editions ever expanding to consoles (PSP for example). Unfortunately these had little success against its competitors such as Premier Manager. 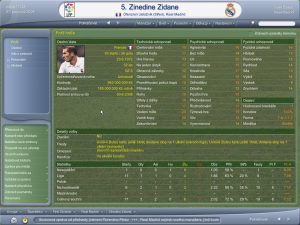 The reason I say that it can be credited for forcing FIFA and PES to include a management section was due to its realistic take on the games. The level of control you had was completely unheard of in previous management games (LMA, Premier Manager). Not to mention when it included the option to show 3D highlights of the games it was ‘The’ football game to be owned.

Now, I’m sure a number of people will say: ‘But it’s not a real football game as you’re not playing football!’ which is true. However my argument is that if this game didn’t exist, or show the popularity that it did. Would you see the management option? Or even ultimate team (FIFA) in the games today? Probably not.

Sensible Soccer first came out in 1992 for the Amiga. But I think most people will remember its second release later that year on the Mega Drive/SNES etc. It is one of those games that probably didn’t have any kind of impact on where FIFA or PES looked for improving their games. But you can’t do a football article and not include this title. I promise, if you speak to anyone that was playing games in the early 90’s you will find this was one of their favourite sports games. 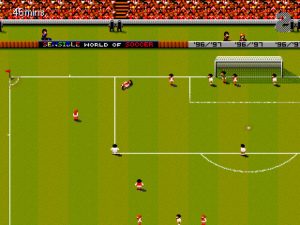 It didn’t have much to offer in terms of mind-blowing graphics really, and the player names were hilarious (Raan Goggs anyone?). But the gameplay was so addictive and it still is even today (check out the re-release in 2007 on PS2/Xbox).

The customization of tournaments was a massive plus for them. There literally was very little you couldn’t update to your choosing. As kids we used to buy the Panini sticker album at the start of the season. Just so we could update our Sensible Soccer teams to make sure we had the latest strips, player names and leagues.

I think it’s only fair we round off this list with the godfather of football Management games. The one that we all remember as kids. 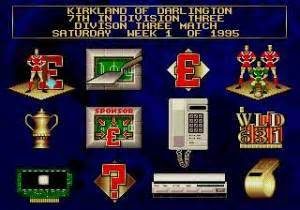 Premier Manager was released in 1992 initially for the Amiga. However, the first version that most people will know is the 1993 or 1997 version which came out on the Mega Drive. Before making its first appearance on the PlayStation in 1998.

If you look at the series over the years and compare it to Football Manager. You can clearly see where they have both had amazing ideas for this genre and borrowed from each other to improve. Obviously we would never have had Football Manager without Premier Manager. But I don’t think the latter would have lasted quite as long if not for the innovation of Football Manager.

Now before we round off the brief look over some of the old Football gems. I think it’s only fair to give an honourable mention to a couple of great games that didn’t make it into today’s article.

I hope you enjoyed this quick look over some of the football games that made our lives more interesting during the closed season. Keep an eye out on the site for both a FIFA 2018 & PES 2018 review coming up very soon!

One thought on “The Evolution Of Football In Gaming”