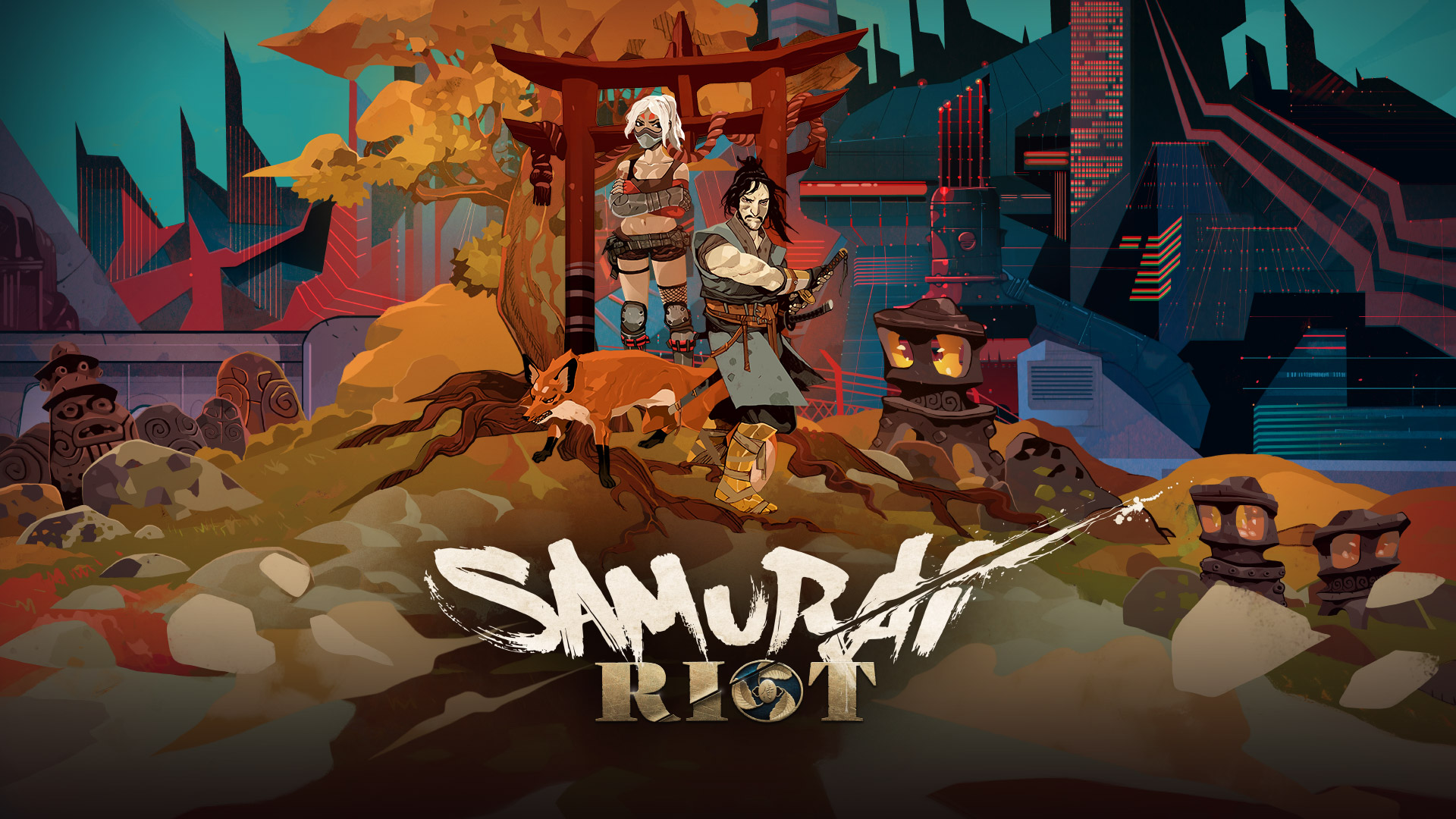 French indie development studio, Wako Factory have announced Samurai Riot, their 2D, arcade beat’em up is set to release for the PC. Releasing this September on Steam and costing around £10.99, $14.99, €14.99

Fans of this genre can look forward to a visual treat, where a backdrop story compels the player to really think about their decisions in game and the ramifications of their choices . Having been hired to bring peace and tranquility to the warring land, each choice you make as a Samurai, Tsurumaru/ Sukane, will have an influence on your destiny and, with an arsenal of deadly attacks at your disposal, the fight to make it through each battle will require guile, skill and forethought!

“The main inspiration in the creation of Samurai Riot is really simple –  we always loved to play cooperative games, especially arcade style – with each other. We felt that there are not enough local cooperative games to play,  so we decided to develop our own Beat’em Up, that focuses on the co-op experience.” said Kevin Buchet, game designer at Wako Factory. “We are also big fans of Japanese history and we have spent a lot of time on the backdrop story of the game, where you have to make the decision on what you would sacrifice in order to preserve your honor as a samurai and feel that our game seamlessly mixes traditional Japanese elements and mythology, in a fresh and modern take on the classic genre.”

Samurai Riot offers a plethora of choices and features including both solo and cooperative play, where the story immerses both players equally, with a multi-branching storyline, complete with eight different endings. Conversely, you could enter a PVP fight against your partner to win the lead! The more you play, the more you accumulate points to unlock new fighting schools for better replay value.

Easy to pick up and play, but difficult to master, Samurai Riot rewards the more demanding gamer with deeper content. Players can choose from 14 fighting schools that add a plethora of gameplay variation to the character’s moves and the devastation they can unleash upon their enemies.

Wako Factory, “We have already attended many conventions, both in France and America, feedback has been great and many are already impressed by the cooperative gameplay we have presented. It has been really positive meeting gamers and hearing what they think of our game.”

TEST YOUR SKILL, PROVE YOUR MASTERY AND WIN THE DAY IN THIS CO-OP FOCUSED GAME.