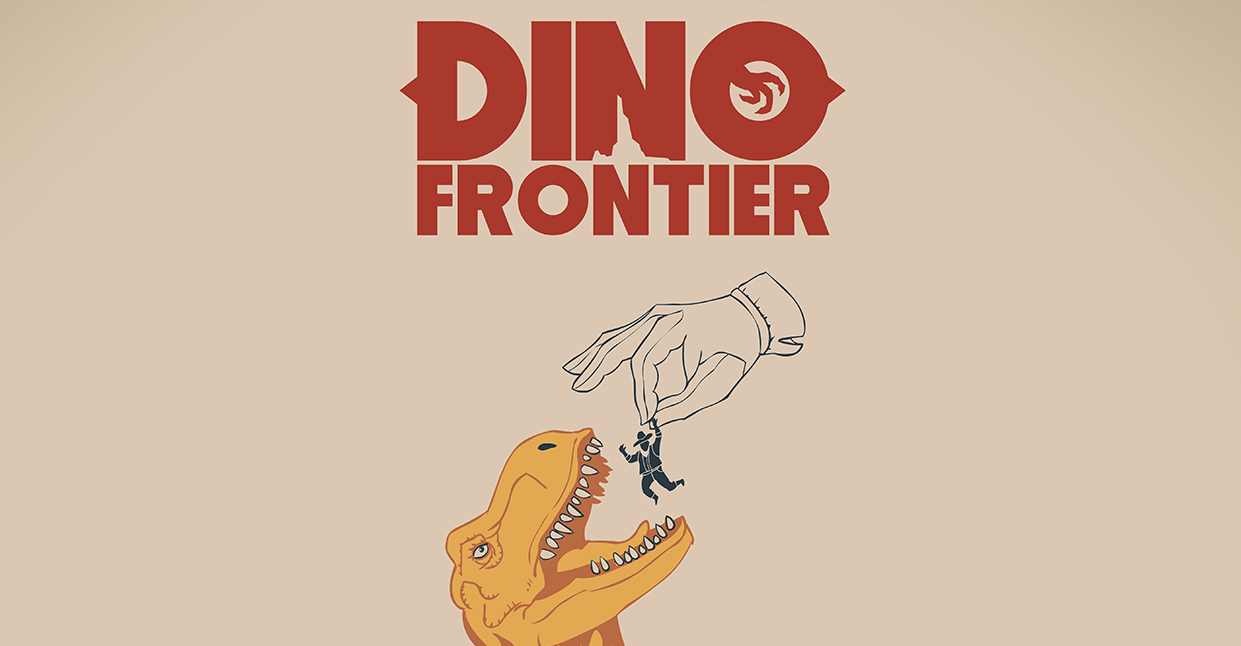 Ever wondered what it would be like to train dinosaurs just like Chris Pratt in Jurassic World? Well wonder no more with Dino Frontier by Uber Entertainment on the PSVR.

The game begins with you looking over a Western vista, you are then prompted to carry out a few gestures using the Move controllers. These gestures include holding the trigger buttons and moving outwards to zoom in. Rotating around to turn the viewpoint as well as pressing the Move button and dragging the area around. Alternatively just hold the trigger button to the hand signal for OK. Something that I spent a lot of time doing, and I mean a lot.

In Dino Frontier you take the role of Big Mayor, taking control over the building and running of your small western town. You can pick up and drop settlers and also assign them a role by dropping them onto one of the many areas.

You only start with one settler at the beginning, but growing your town gets you more settlers to give jobs to. Send them to go and chop down the trees around, or go and pick bushes for berries. When these are done you get the honour of picking up the items and placing them in their correct building. Wood goes towards making planks, and the berries go towards making food. All to allow your town to grow and to open up other building options.

You have to be careful with your settlers, as if they venture too far outside of the town they will come up against a number of different dinosaurs. However, when you raise your level enough you are able to create lures to try and capture dinosaurs. These are then taken into your Dino Arena where you can train them to carry out a number of tasks. If one of your settlers takes too much of a battering when they go up against a Stegosaurus or a Raptor bad things are likely to happen. They won’t die, but they will be incapacitated and will need to be taken to the medical building to get back to tip top shape.

Each of your buildings can be upgraded so that their capacity can be increased. This is essential when you start getting bandits coming to town. Your own settlers will quickly be taken down by these varmints, and will need to be healed somehow.

My favourite part of the game is probably the most simple part. When you build a new building you have to actually hammer in the nails. A hammer spawns on the world and you have to pick it up and then rain all kinds of pain down on the building. This increases a bar and eventually the building it built. Every time I picked up the hammer I felt like Thor, taking Mjolnir in hand and casting out all the Chitauri. Unfortunately only being made of virtual wood the hammer wasn’t quite as impressive. Although once you have built a building you have to put the hammer somewhere, or just launch it as far as you can.

As you carry out each task in the world, you gain experience and eventually level up. You wear a watch that shows your resource levels as well as your current objective. Want to check out what you are meant to do, then just look at your watch. No literally, pretend you are wearing a watch and look at it. That’s where all the information lies, in a really really virtual smart watch.

With a bright colour palette and a day to night cycle the graphics are very nice indeed. The dinosaurs are generated in the virtual area perfectly, as well as each settler being relatively individual. The resolution through the PSVR allows you to zoom right into the are and inspect all the elements to all the buildings and people.

Dino Frontier starts off with a great western tune that will leave you humming for the rest of the day. Audio cues tell you if someone is being attacked by a dinosaur, or if the bandits have come to town. The settlers talk to you all the time, which can get quite annoying listening to their little voices. I guess that is what you get for being this giant figure that I can only imagine could be quite freaky.

You can literally spend hours developing your town. Making sure each of the buildings is making the best space of the available erm.. space. Giving those with a certain OCD a way to make sure each building is as close as possible and no space is wasted. Train up those dinosaurs and get as many settlers as possible, all these jobs take time.

With Dino Frontier being one of those most comfortable VR experiences I have had it is essential for any owner with a history in real-time strategy games. Pretending to be a gigantic omnipresent being wielding a hammer never gets old. Neither does throwing the hammer between hands. I literally spent 5 minutes throwing it up in the air and catching again.