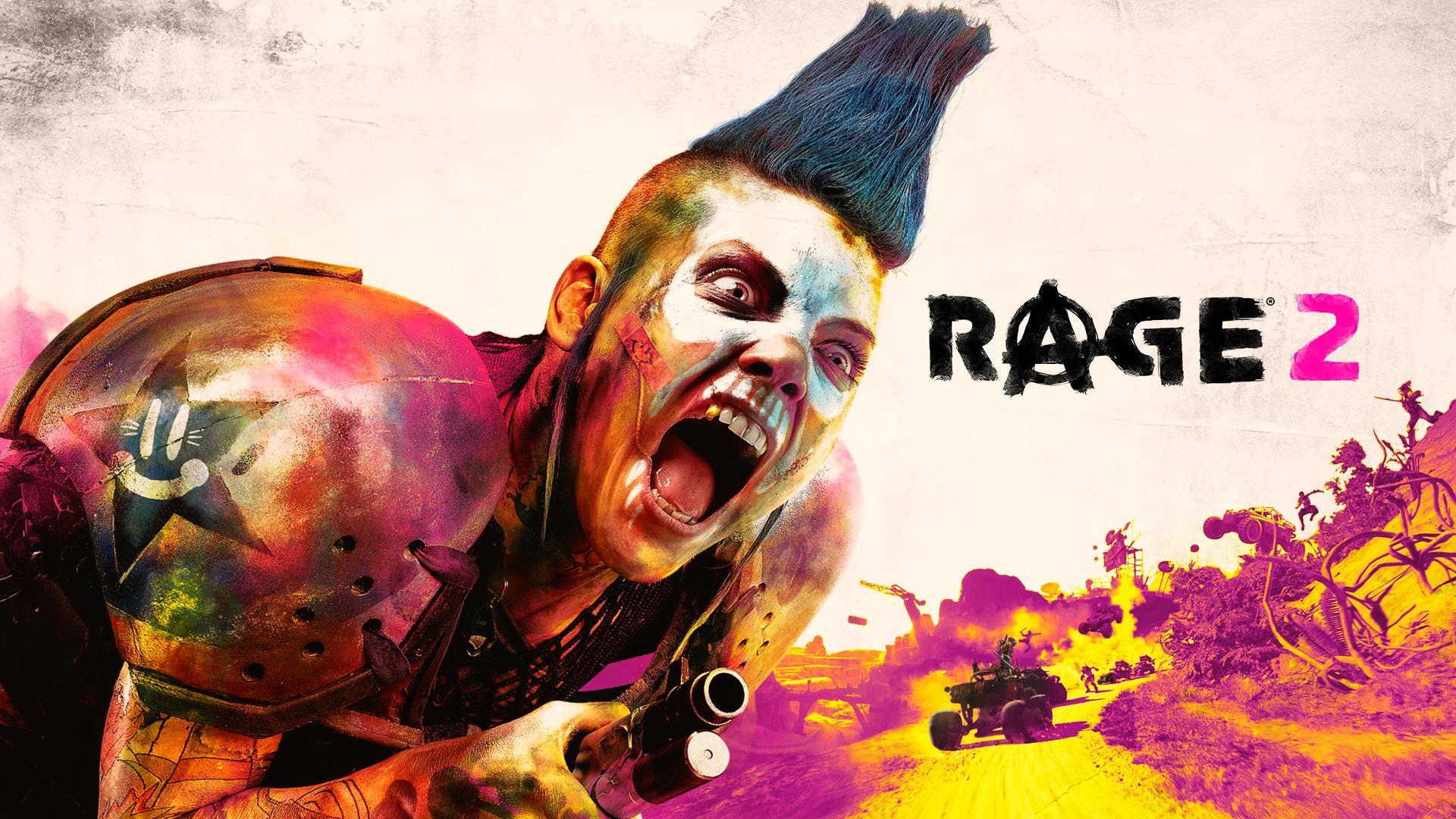 It’s been eight years since the original Rage came out, and honestly until Rage 2 got announced I never thought there would be a follow-up. The original Rage was a fun game, albeit a bit short and linear. My interest was piqued, especially when I saw that Avalanche Studios was also attached to the project. They’ve had their fair share of experience making a fun post-apocalyptic open world with Mad Max (A game I thoroughly enjoyed). Co-developed by Avalanche Studios and id Software, and published by Bethesda, Rage 2 has high promise to be a good time. Let’s jump in and find out how it is!

Stepping into the post-apocalyptic playground of Rage 2, you’re immediately greeted by deranged half-mutant half-tech creations trying to kill you. They call themselves The Authority. Armed with nothing but a pistol, you have to fight your way out. During the battle you come across a dead Ranger and take their armour, becoming a Ranger yourself in the process. As the fight crescendoes, you get knocked out by a giant mutant monster and when you come to, you’re the last surviving Ranger. Your goal is to reunite the group responsible for the Anti-Authority program called Project Dagger. There is nothing new about the story and it feels like it might be a bit secondary to the gameplay.

During the course of Rage 2, you will encounter various strange NPCs who will ask you to do missions for them. As you do the various tasks around the open world, you’ll get points to level up Projects and unlock different passive abilities to make yourself more powerful.

The high-octane run and gun gameplay are reminiscent of arcade-style shooters like Doom and Wolfenstein. Most of the weapons you find as you progress have a secondary fire mode, activated by looking down the sight. You can also level up your weapons, increasing their damage or giving them passive abilities like fast reload.

Adding to the gunplay, you can unlock various skills for your Ranger armour. These skills add a lot to your arsenal in terms of offensive capabilities. My favourite ability is Slam; it launches you into the air to do a huge ground pound. The ground pound sends out a shockwave that will either gib weak enemies or remove the armour and knockdown bigger ones. Another incredibly useful ability is Overdrive. Overdrive will superpower your weapons with a new fire mode, while regenerating your HP. Each ability has upgrades to make them stronger. Finally, you can upgrade your character by collecting certain items and visit the Cyberdoc in towns. The Cyberdoc can increase weapon damage, damage resistance and overdrive bar.

The vehicle gameplay is much more akin to that of Mad Max, which is excellent. Vehicle combat is fun and fast. There are a dozen or so vehicles around the game world that you can find and bring back to a town to unlock them. Most of them have no weapons, and even fewer of them are upgradeable in any way. The only vehicle I was able to upgrade was the one you unlock at the very start of the game. It was the only vehicle I used because of the variety of guns it has. I found myself enjoying vehicle combat so much that I kept racing around attacking convoys for fun.

Rage 2 is a beautiful game. The world is somehow both bleak, yet vibrant. There are so many explosions in the game, and they are among the best I’ve ever seen. The world is very well crafted and nicely detailed. The different areas of the world each have a unique feel to them, rather than everything just looking like the same brown dunes.

I’m running the game on an i5 6600k with a GTX970 and 16gb of ram, and it runs amazingly well set on medium. I hold a steady 60 FPS at 1080p, with very occasional graphical tearing. When I set the game to high I start to encounter frame rate issues. 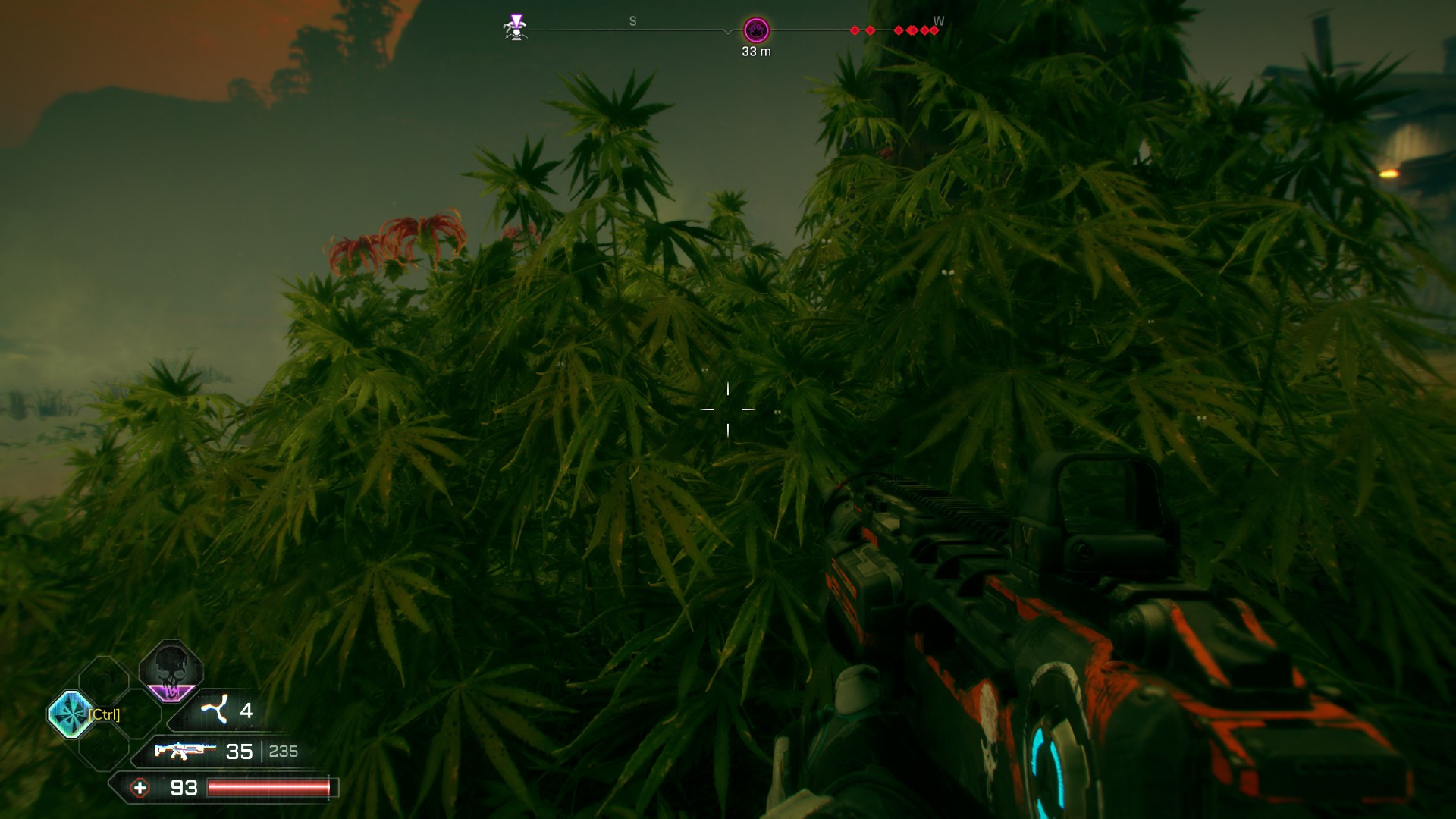 Found someones hidden crops while traipsing through the swamp

The music in Rage 2 is fantastic. It’s a chaotic mix of rock and synths that fits in with the 80’sish post-apocalyptic vibe they’re trying to create. It conjures images of a Mad Max-like wasteland in my head when I hear it. The weapons all sound like they’re firing some heavy duty rounds and it feels good. The sound design is very well done, and I have found nothing to complain about, which is pretty rare to find in a shooter these days in my experience.

Rage 2 being a single player campaign shooter kind of limits its longevity. I’ve heard reports of it taking a maximum of 15 hours to complete the storyline and all the tasks that are in the world on the hardest diffiulty setting. For a lot of people, this is a bit of a red flag. Myself, I find the game being a shorter one to be refreshing. I’ve played far too many 60+ hour games, and with the rate that new games keep coming out, I don’t have the time to keep up. Two expansions are on the horizon, so that will add some extra gameplay.

I have enjoyed every minute I have spent playing Rage 2 since its release, and I’m looking forward to diving into the DLC down the road. Rage 2 is going to get the Thumb Culture Gold Award from me for being so damn fun, in spite of its short length. It’s not often I play many games lately that I look forward to playing again. I definitely recommend it.