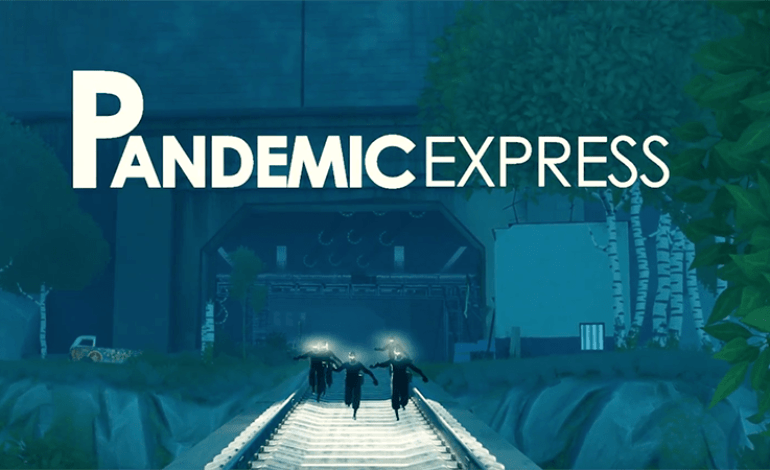 Escaping real-life playing an escaping game, sounds like the best kind of game right? how about if you’re thrown a curve ball including zombies, trains and guns! perfect? given the opportunity to play Pandemic Express: Zombie Escape gave me the wonderful option to do exactly this.

From the creators of fun games such as Hello Neighbour and Guts and Glory, TinyBuild Games have created yet another quirky game for us all to play all the way from America.

Starting in a “cell” type room, filled with other prisoners ( Around Thirty – To be exact ) each and every one of them another player, you don’t know who’s going to be the zombie, all you know is it’s going to be one of you and the second the lobby is full and the timer goes down the enemy will be revealed to you all. if you’re lucky enough you’ll be able to run when the cell doors come down and head for the train whilst collecting different guns as you pass, get on the train and escape the map!

Guns you might come across are as follows; A shotgun, Revolver, Assault rifle, SMG, Sniper. These are the only ones I came across regular but there are also Rocket launchers out there somewhere I have not yet managed to get my hands on one yet, there are ways to also have armour these appear in little black jars, again I only saw once or twice within all the games I played all within a few of the houses that appeared, I found them pretty easy to use but the crosshair sometimes was off as it was too small, or by the time you could get a good shot the zombie was far too close! Along with the mass of zombies heading to kill you any possible chance they can you’re up against a circle similar to the battle royale games recently, zombies are allowed in there but if the survivors are they slowly lose their hearts!

Getting hit by a zombie means you’re then the infected zombie person! this means you get a respawn point where you now have to attack the surviving humans and try to kill them before the train reaches its destination! when you’re a zombie and have been killed you’re given a choice of which zombie you would like to be, these could be a regular zombie, a bomber where you look like a human and can try to get into the same place as them without being shot but the second you press Q you start ticking, if you’re killed before you don’t blow, but if they’re too slow you have a high chance of getting a good few kills. Then you also get an option of being an invisible zombie, getting people from the shadows has never been so fun! The only issue I found with being a zombie is how far back you get knocked if someone shoots you, or if a fellow flesh eater hits you it’s very much like a pinball machine, especially if you’re a rookie zombie and you were the first to be picked!

The graphics for Pandemic Express: Zombie escape aren’t anything special, I feel they could sharpen it to create a better atmosphere, the houses seem really smooth and there isn’t much detail put into it but I have seen TinyBuildGames do a whole lot better!

The audio was fantastic, the creepy music along with the catchy songs as you’re driving a van or when the train is on the move are pretty clear even without a headset, it’s almost impossible to hear the enemy unless they’re ticking away at you which is something I think they may need to add!

From using a keyboard to using a controller the game is pretty easy to get to grips with, the keys are very similar to other games  typical W, A, S,D to move, or the analogue sticks, a full layout of what keys, buttons to press are in the settings menu pretty clearly labelled

Along with the train, they are bringing ahead a boat escape, cable car escape and also a what seems to be rocket escape level! there is not much news regarding exactly when the release is but it’s estimated in around three months, this could potentially draw out the same repetitive gameplay you seem to go through.  Other things such as clothing and lucky items have been added to the menu, but yet again we are yet to find out when they are released!

Overall I think the game is okay, it’s not the best I’ve played from the developers but it’s not totally finished and they still have a good few bits to add, I believe their trailer makes out it’s a form of hide and seek with zombies but it’s played by everyone (including myself) as a pvp warzone! along with this, I think it’s probably a better idea to play with friends as this game becomes boring pretty fast alone. I found it easy to get to grips with even without having to plug in a controller and when I got into the swing of killing enemies it eased the boredom slightly. For this, I’m going to award the silver Thumb Culture award as I have high hopes that TinyBuildGames will redeem themselves when they bring out the extra game modes!