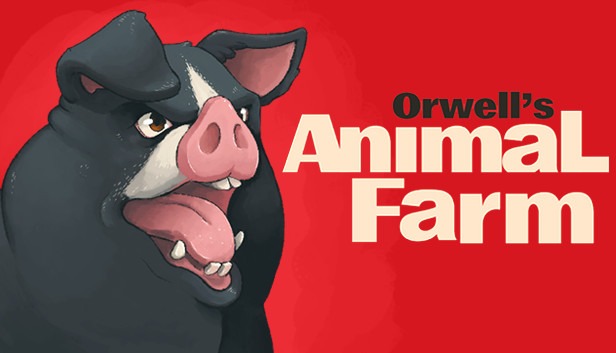 Animal Farm is a novel written by George Orwell. First published in 1945 the book tells the story of a group of animals on a farm who grow tired of being mistreated by the farmer. Hoping to free themselves from slavery to the humans, the pigs incite a rebellion with the other animals, citing that all animals are equal. The pigs eventually come to rule over the rest of the farm, claiming some animals are more equal than others. The story is a political satire and allegory of the corrupted socialism found in the USSR under Stalin.

Orwell’s Animal Farm is a video game adaptation of the novella. Developed by Nerial Limited and published by The Dairymen Limited for Microsoft Windows and Macintosh operating systems, it is available on Steam and the Epic Store.

At first glance, I was excited to take a look at an adaptation of one of my favourite assigned readings from middle school, so without further delay, let’s get into it and see what the animals get up to!

Orwell’s Animal Farm is difficult to describe. It’s like if you take the George Orwell novel Animal Farm and turned it into a choose your own adventure style visual novel. As a text-based, narrative-driven game, the actual gameplay itself is minimal, you’re presented with images telling the story of the animal uprising and you get to choose day to day some of the goings-on around the farm. You have to manage food resources and the health of the animals on the farm. Animals can die, and you can run out of food, leaving you unable to defend your farm from the humans trying to retake it. The ultimate goal of Orwell’s Animal Farm is to have a successful farm without humans and to spread Animalism to the other farms around the countryside.

The visuals in Orwell’s Animal Farm are okay. The entire game is animated to look like it’s been painted. Playing on PC, this game takes minimal resources to run. Allowing it to play very smoothly, even though there really isn’t anything going on most of the time. Orwell’s Animal Farm features occasional narration. The music is very relaxing most of the time, giving the game a very relaxed feel.

Orwell’s Animal Farm can be finished in a few short hours, but there is some replay value to it. Trying to unlock the different destinies and in-game achievements can take some time to get. So there’s something for the completionists out there.

There’s really not much to Orwell’s Animal Farm. However, it’s a good way to get the story of the original novel across to a new audience who might not have read the book as part of school. There’s not much to play through, but there is reason enough to play through more than once. At first, I was intrigued to see how they took a novella and adapted it into a game. The adaptation is a decent one, but after playing through a few times, I don’t think I’ll be going back and playing it anymore though. For that, I’ll award it the Thumb Culture Silver Award. 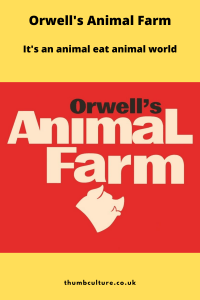