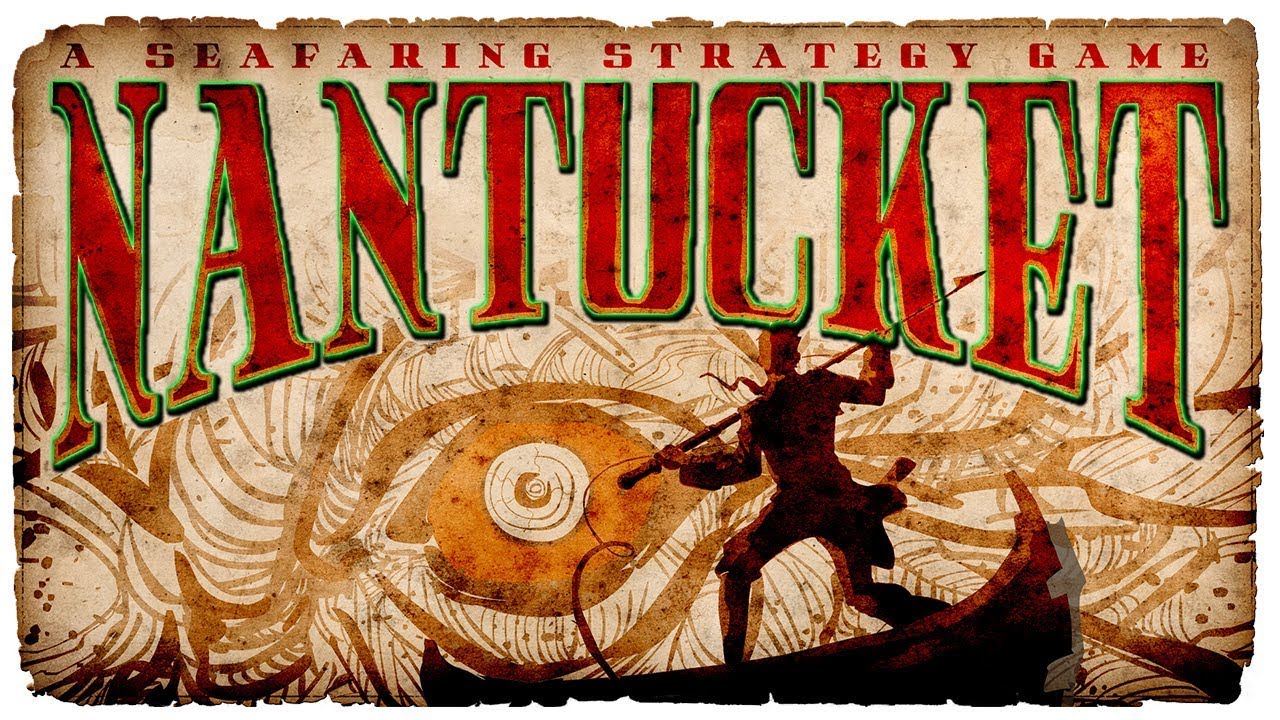 Picaresque Studio bring us Nantucket, a game all about hunting whales. This is the first offering from Picaresque Studios and a niche market seems to have been aimed for. So time to learn some sea shanties and set sail into a voyage of discovery and find out if Nantucket is worth getting on board with, or if it’s just the start of a bad limerick.

Nantucket is a point and click game, so check out the tutorial to see where to point, and where to click.

You start out in Nantucket as the captain of a small boat with no crew. The premise of the game is quite simple. Hire a crew, go whaling and sell the spoils. Get rich, get a bigger boat, hire more crew, kill bigger whales, sell more etc… All seems pretty simple, so how have Picaresque Studios made such a simple concept into a game? Well they have added skills, random events, quests, and a bit of humour? Did I also mention that you are trying to kill the legendary white whale Moby Dick?

Towns have 4 things you can do in them, well most do. Hire crew in the tavern for starters, this seems the sensible thing to do, we all know sailors like a drink. Go the merchant to buy provisions, wood for repairs, food, water, and grog, because we all know sailors like a drink. Then there is the shipwright, you can buy, repair or upgrade your ship here. Then there is the paper, you need to read this to find jobs that are available. These will be things like transportation of cargo, killing annoying sea creatures and finding whaling grounds.

So we are all set up for our first voyage of discovery. Bring in the map. The map starts off as undiscovered areas that turn blue as you traverse the area. Upgrade your crows nest telescope to increase the range that gets discovered. Simply click where you want to travel and press play. Watch your ship effortlessly glide across the screen. There are some areas where the wind dies, then your ship just sits there a while and makes you late, but everyone knows what that’s like. It’s still the same today, though more like traffic lights and long queues. There will be areas of bad weather appear, icebergs, whirlpools and then you have pirates. Best to avoid areas marked with a skull and crossed sword and pistol, these will make you very dead early on in the game.

Nantucket has an basic combat system based on a dice roll. Rather than animate a dice rolling with different symbols that can appear, Nantucket shows you the dice as a net. That’s right, remember your GCSE maths? You can see all the sides laid out flat. Not all sides of the dice start filled, you have to gain skills or equip items to fill these. Your crew have whaleboats, you can have up to 3 depending on how many your ship will support. You will be attacking up to 3 sea creatures at a time. Each whaleboat can perform one action in a round, and so can each sea creature. The whaleboats go first. Fighting pirates is similar but you choose 3 crew to fight and pirates can keep coming to replace dead ones in certain circumstances.

There are some sub quests that you can embark upon that do reap some good rewards, and also there is the main quest to keep you busy. Lots of plots thicken as well, so what seems pretty simple could get complicated. Make sure that you keep levelling up and pick your skills wisely. Be aware that some skills are required to upgrade parts of ships. Without these skills you will not be able to buy bigger ships. Do not become attached to your crew, hire and fire at will, they have no loyalty to you, only money. The better the crew, the bigger share of the spoils that they take, so balance out the hiring as well.

Crew come in 4 categories. Hunter, sailor, craftsman and scientist. They all have different skills, but you have probably already guessed that. You need to work out the best combinations for your whaleboats and your main ship as well.

The graphics in Nantucket do the job that is required of them. I like the style of the cut scenes, very much how I would have imagines Moby Dick to have been portrayed at the time of writing. They are in keeping with the era that the game is set. Maybe a bit more animation or variety would have been nice, but they sit nicely with the game.

Nantucket has managed to earworm several sea shanties in the time that I was playing it. Expect your crew to burst into song at any moment and beware, going round Cape Horn is a bloody long way. Other than the sea shanties, that I actually really like and feel like they add to the authenticity of the game, the audio sets the scene up nicely. Crashing waves, sea birds and injured whales are but a few examples of these sounds. Picaresque Studio have done a really good job in this area of the game.

Nantucket is a very good little game. I honestly cannot recommend it enough. It’s by no means perfect and would gain from a few tweaks, but the essence and the playability are brilliant. A tip of the hat to Picaresque Studio for a spectacular first game. Nantucket doesn’t need to be played for hours at a time, it is a game you can dip in and out of if you have a spare 10 minutes. There is always something to get on with. It can get a bit grinding to gain experience, but the sea creatures get more powerful as you do, so don’t always expect to have all your crew survive. This game should be on the wishlist of many a gamer and played and enjoyed for many years to come. Nantucket scores a Thumb Culture Gold Award.