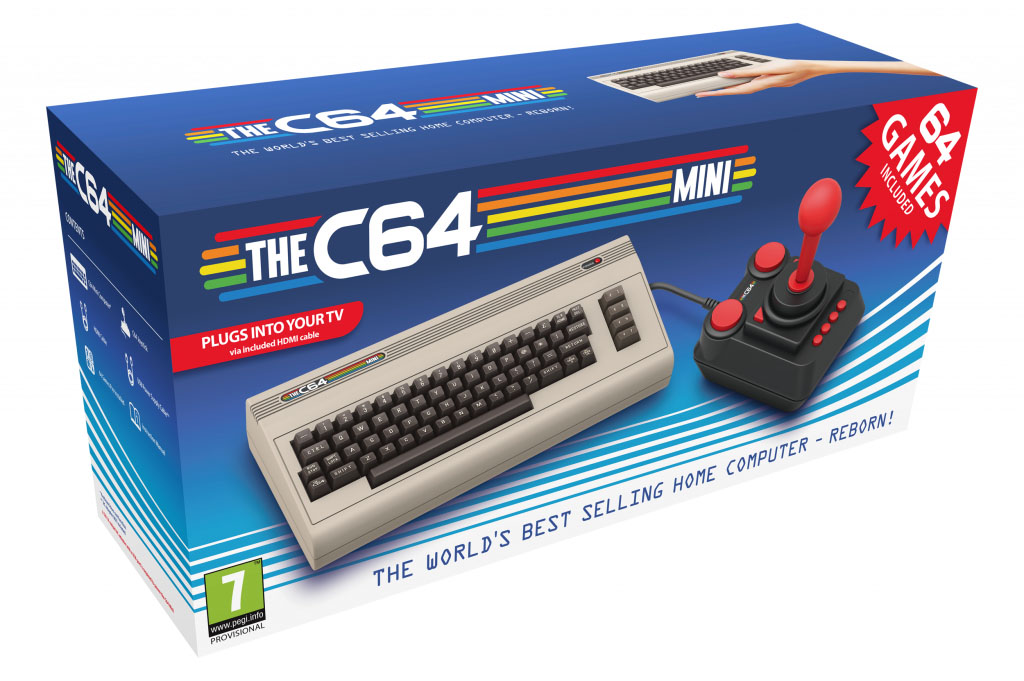 Retro Games Ltd have unveiled another C64 console to join their two previous consoles. Before the C64 Mini, back in 2016, an IndieGoGo campaign started up for the development of the 64 Computer, a modern recreation of the Commodore C64. It also had the 64 SX, a handheld edition of the Commodore.

Fast forward to 2017 and  Retro Games Ltd pushed a trailer of the C64 Mini. This is followed after Nintendo’s success with the Nintendo Classic Mini: SNES, so there’s already a demand for mini versions of consoles.+

The C64 Mini is going to be arriving on the 29th of March 2018. It’ll be half the size of the original and have 64 games built into the console. The console supports HDMI with its output coming at 720p in an 4:3 aspect ratio.

It has two USB ports with the option of plugging in a keyboard to use it as a fully functioning computer. Yes, it means plugging a keyboard into a keyboard, but the keys are non-functional. Updates are also installed VIA USB flash drives.

The actual box will include the C64 Mini, a Joystick, a HDMI cable, a USB power lead but comes with no AC adapter, and a Manual.