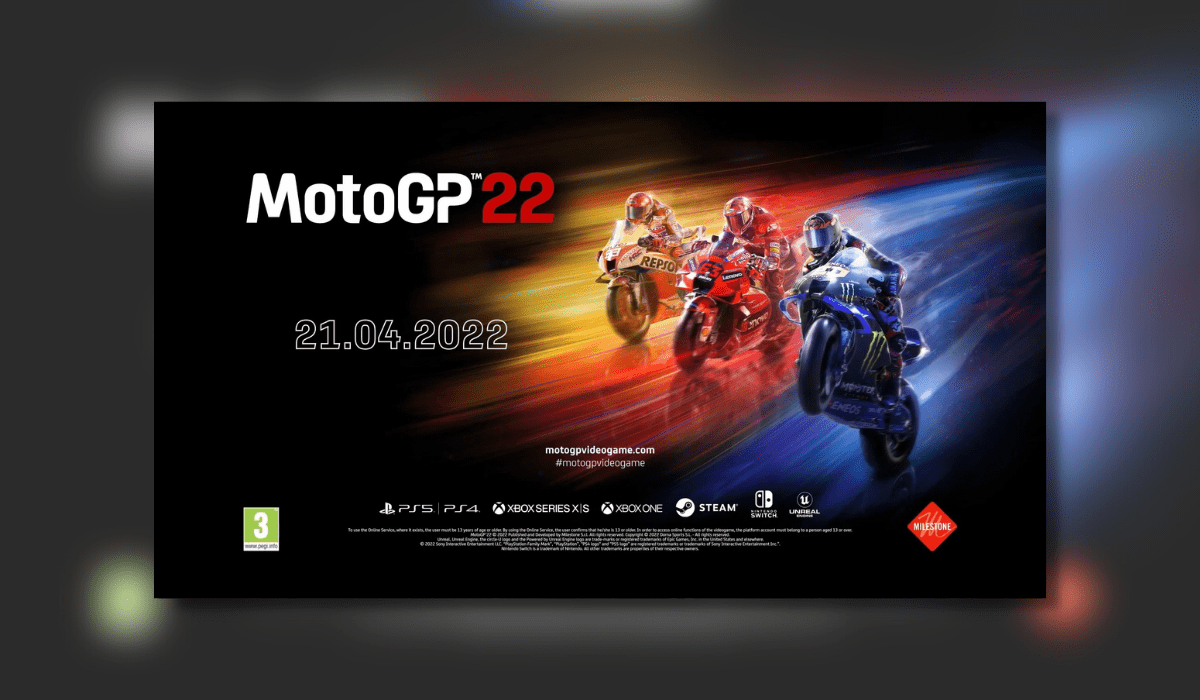 MotoGP 2022 Coming Soon. MotoGP is back, adding new amazing content and features for both newcomers and core gamers.

Milestone and Dorna Sports S.L. are proud to announce MotoGP 22, the next chapter of the celebrated two-wheel racing simulation game. Coming to PlayStation 4, PlayStation 5, Xbox One, Xbox Series X|S, Nintendo Switch and Steam MotoGP 22 are set to launch on April 21st, 2022. 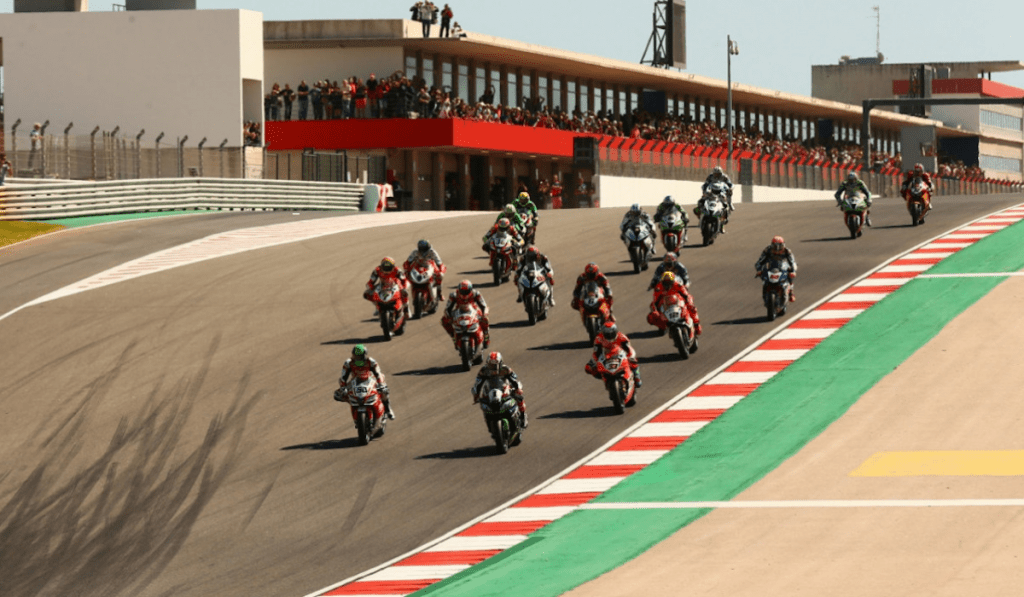 MotoGP 22 continues the great legacy of the franchise, adding amazing new features to the game. (NINE) Season 2009 is a brand-new mode to re-live one of the most incredible seasons in MotoGP history. Players will enjoy a real docu-film narrated by Mark Neale, director of the best MotoGP documentaries, with more than 50 minutes of original footage from the 2009 Season. But players won’t just witness history, they will be part of it too! In fact, the fate of the race will be in the player’s hands thanks to dedicated challenges to re-live and play the most iconic moments. Players will find themselves in the boots of legendary riders such as Rossi, Pedrosa, Stoner and Lorenzo, trying to replicate history.

This year, MotoGP 22 has also added new features dedicated to the newcomers who are not familiar with the series, and to those who simply want to improve their style and master the gameplay mechanics. With the Revised Tutorial and the new MotoGP Academy now everyone can become a champion.

The Revised Tutorial is a series of short gameplay sessions with custom rules, to help new players to understand the basics of the game and feel confident on the bike. The new MotoGP Academy will teach how to improve and perfect their riding style to be faster on every track, through specific challenges focused on electronics, tire consumption, brakes temperature and core differences between the three main categories.

On top of that, the Adaptive Difficulty System will help players through in-game pop-up messages, suggesting how to adapt and modify the difficulty level based on their skills. For example, the game could recommend lowering the difficulty if players do not complete specific challenges or enable some help in case of too many falls or even suggest playing the tutorial dedicated to tire consumption in case they finished a race with tires in bad conditions. These hints will appear at the end of the race and players are free to follow these suggestions or not.

For those who are looking for a truly next-generation experience, here’s what the game has to offer:

· Ride Height Device: Players will be able to manually manage the locking mechanism of the RHD and control the compression of the bike’s suspensions

· Enhanced tracks: Surfaces have been improved to have a better rideability

· Improved Suspension system: Refined for a better feeling when passing over curbs

· Tires and Brakes temperatures: Are now affected by the slipstream, both for players and AI

· MotoGP 22 includes the full 2022 season with all the official content, including 120+ official riders and 20+ official circuits. Additionally, 70+ Historic Riders and bikes are available to bring back all the emotions of MotoGP legends.

· The Managerial Career is back, allowing players to create their own team or join a real one managing every aspect of the strategy, from bike development to the dedicated staff that will support the rider. Players can also customize the season itself, choosing which Grand Prix they want to play from a different set of calendars.

· And for the first time in the series, MotoGP 22 features the highly anticipated 2-player local split-screen, online multiplayer and cross-play through consoles of the same family.