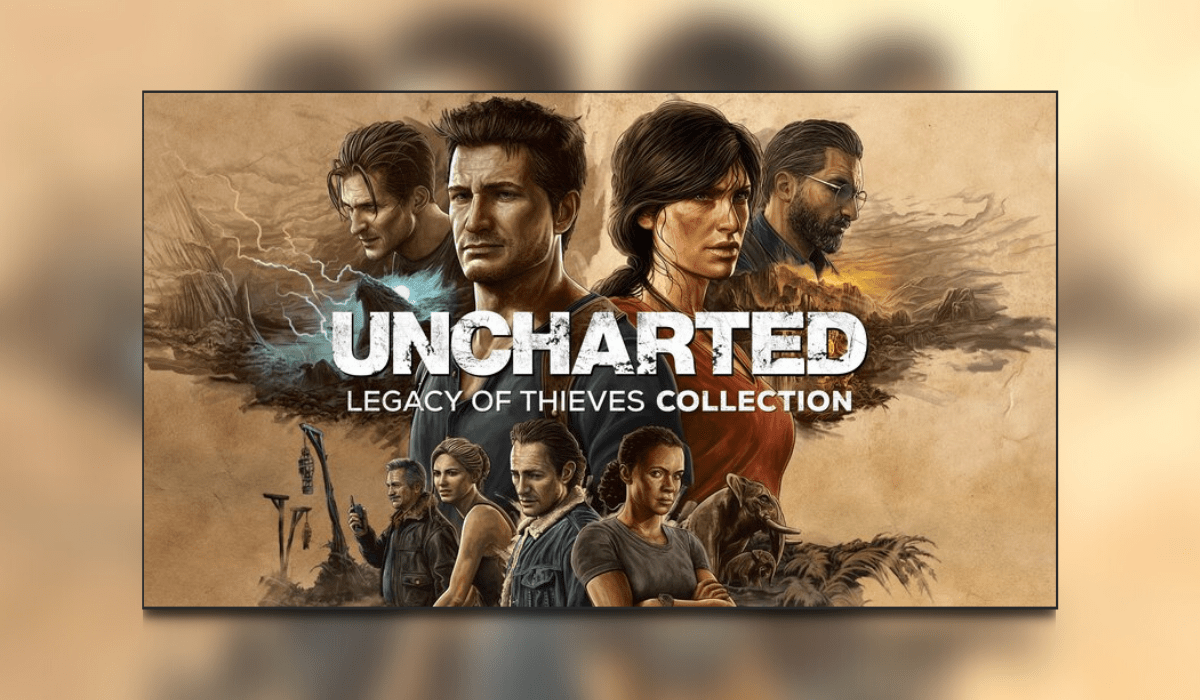 Having played the original release of The Lost Legacy (read our review here) when it launched back in August 2017, I was excited when the Uncharted: Legacy Of Thieves Collection was announced. I loved the switch to a new, yet familiar lead character. To steal a quote from protagonist Chloe Frazer  – “when people have low expectations, it’s much easier to take them by surprise”.  A truer word couldn’t be said about this cinematic story-driven action-adventure, as it did take me by surprise and stands as one of my favourite games in the Uncharted series to date. 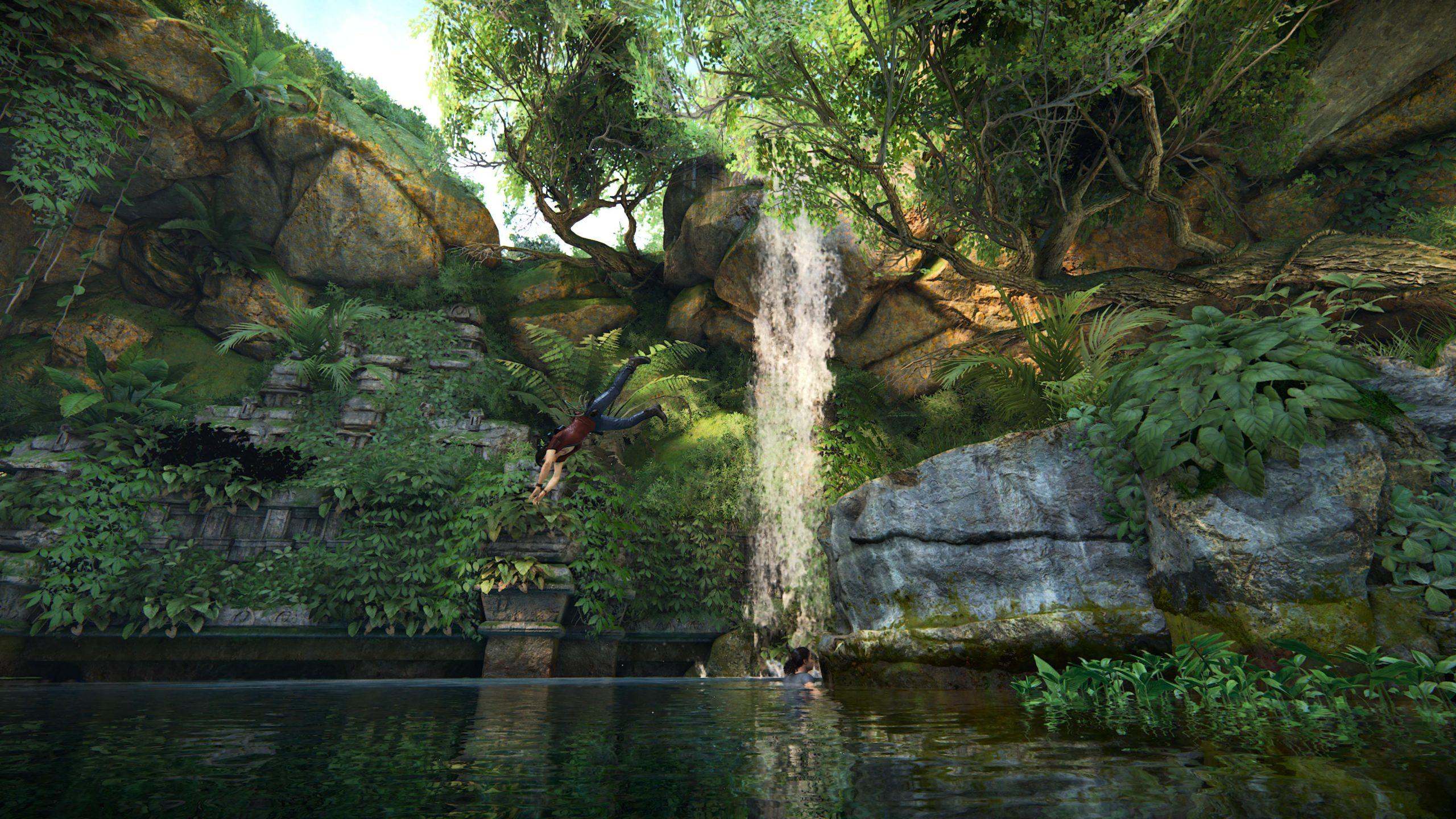 Developed by PlayStation first-party studio Naughty Dog, this remaster collects PS4 titles A Thief’s End and The Lost Legacy in one package and brings them natively to the PS5. There’s a welcome upgrade option for owners of either of the original games, giving a £10, €10 or $10 purchase price depending on your region.

So without further ado let’s revisit The Lost Legacy and see how it holds up over 4 years from its initial release.

The Lost Legacy places you in the shoes of Uncharted stalwart Chloe Frazer (who we first met in Uncharted 2: Among Thieves). Set in India Chloe along with her “help for hire” sidekick, Nadine Ross, are in search of the Tusk of Ganesh. Sinister antagonist Asav is also in search of the legendary artefact, planning to use it to plunge the country into civil war.

Hunt treasures, fight insurgents, solve puzzles and navigate some epic set pieces. What’s not to love? The inclusion of the grappling hook is a refreshing addition to the gameplay mechanics and makes for some seriously bonkers gunfights while traversing on the rope.

There’s a variety of weapons to find and use throughout and if all else fails you can always rely on the trusty melee combat. Double-teaming enemies with a combo of moves from Chloe and Nadine is so satisfying.

One issue I had here was the vehicles. They don’t seem to have the feeling of having much weight to them as you drive. This same issue was present in the original release and I was hoping it might have been addressed in this new release.

Right off the bat, I was immediately struck by the level of detail in textures and surfaces here. They’re definitely not how I remember them. The overall presentation is clean and sharp with shadows, reflections and smoke effects all looking excellent.

The game comes with the option of 3 graphical modes to choose from.

My initial inkling was to head straight to the Performance+ mode. However, while the higher frame rate was very nice indeed, I experienced some graphical glitches in the cut scenes. I chose to avoid this mode as not to sour the cinematic experience. I tried out the Fidelity mode and while I couldn’t discern any noticeable improvement to the resolution I definitely did notice the lower frame rate. My eyeballs are ruined now from being spoilt with 60fps and above.

Having tried out all the graphics modes very early on I decided that for the remainder of my playthrough I would stick to the Performance mode – the game’s default.

On the audio end of things, I played through the whole game using a headset with 3D audio enabled. And boy does it deliver. Evident right from the title screen, I felt as if I was present in the space being shown on screen. There is a depth and immersion in the environments now to accompany the stellar score.

What makes great immersion in games is things that are there but you don’t quite notice. Subtle if you will.

The pairing of haptics with sound effects and movement really does heighten the cinematic experience and feeling of immersion. Being precisely balanced and tuned the features avoid feeling gimmicky. You feel hand placements when climbing and the thud of your feet when you land. The screech of wheel spin to the feel of different surfaces you navigate, it all just feels right. Heck even standing in a waterfall you can feel the water cascade over you.

Gunplay serves up its own improvements with the best aiming of any Uncharted game on show here thanks to the high frame rate. Aiming down sights and pulling the trigger both have weight to them, utilising the adaptive triggers. Each weapon comes with its own distinctive haptics, my favourite of these being the Micro 9mm. It’s a joy.

Go back to the PS4 version with a DualShock4 and tell me you don’t miss all these effects.

A neat addition to The Lost Legacy over Uncharted 4 is the Queen’s Ruby bracelet that can be obtained by completing a side quest in Chapter 4: The Western Ghats. This quest is completely optional but I strongly advise completing it as the reward comes in very handy while trying to collect all the treasures available in the game. It acts as a proximity sensor, glowing as you come close to a treasure. The closer you get the more intense the glow gets. The controller also give a chime sound and constant buzz in the controller which also get more intense as you hone in on the correct location.

On completing the game you can revisit chapters or individual encounters. The chapter list gives a breakdown of all collectibles and milestones you have already achieved in each chapter so if you’re hunting down 100% completion this comes in very handy.

The trophy list has 49 trophies available consisting of 2 Gold, 11 Silver and 36 Bronze. You can expect anywhere from 10-15 hrs of fun within.

We don’t need reminding of how good Naughty Dog is at their craft but playing through The Lost Legacy in Uncharted: Legacy Of Thieves Collection has renewed my excitement for what’s to come from them in the future.

The witty, charismatic and lovable badass, Chloe Frazer shines here. Her dynamic and interactions with Nadine are easily some of the best in the series. It’s a complete package of epic set pieces, stellar score, fun gameplay, well-written story and expertly delivered performances in voice acting and motion capture. A cinematic journey enhanced by the features of the PS5.