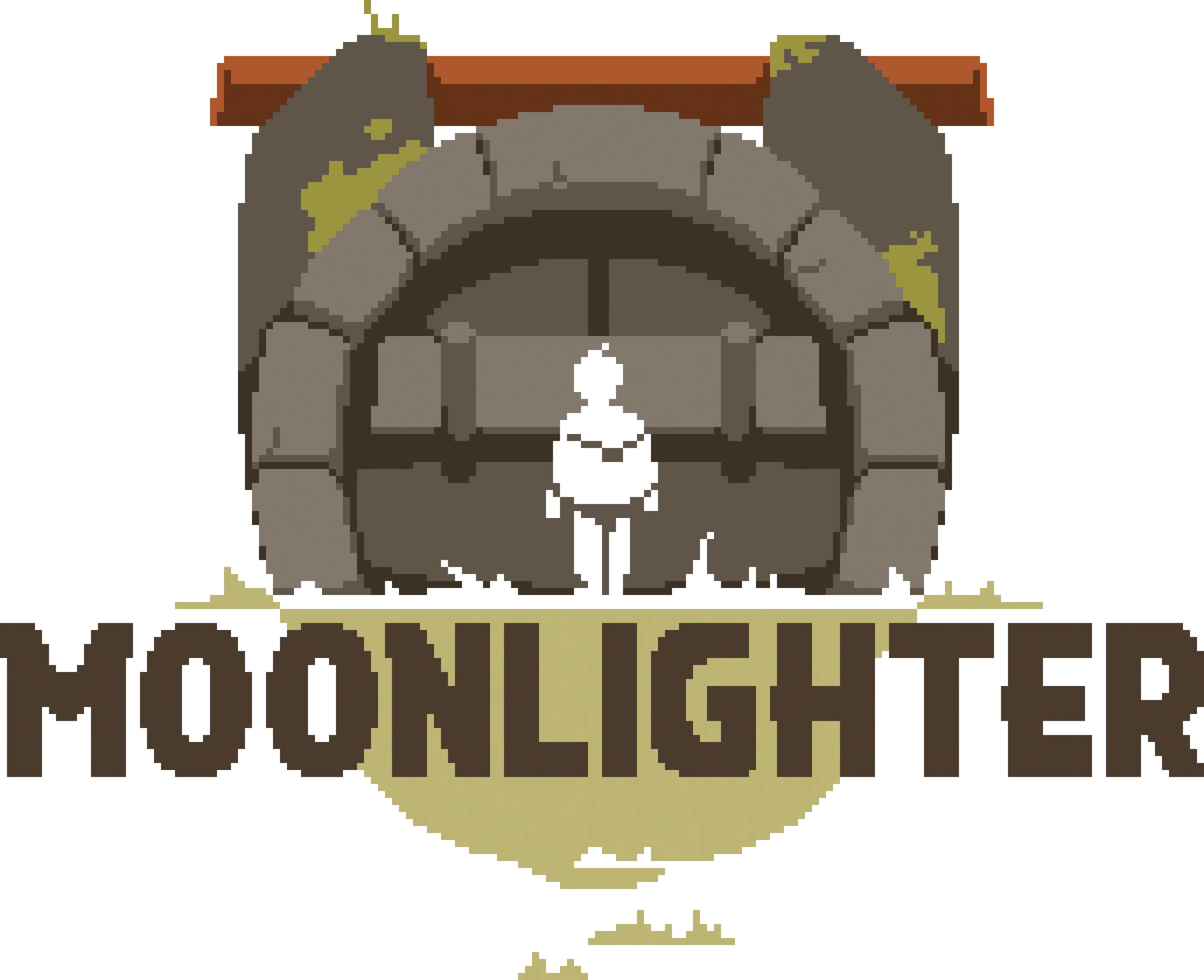 Moonlighter is hard. There I said it. Don’t let the cute graphics, simple gameplay and cartoon violence lull you into a false sense of security. It is a real challenge to make any real progress and you will die a lot playing this game. Moonlighter is a rogue-lite, action RPG where you play as Will, a brave shopkeeper who dreams of being a hero. Published by 11bit studios and created by Digital Sun the game has two very distinct sides to it.

You are both a beast slaying, sword swinging adventurer and a timid shopkeeper with dreams of becoming a hero, but it all makes sense when you play the game.

The game is available on PS4, Xbox One and PC.

During an archaeological excavation some gates which lead to different realms and dimensions were found on the outskirts of a small village. Those brave enough to enter and strong enough to conquer the dungeons are promised riches beyond measure.

In Moonlighter, you play as Will who has a small shop in the village of Rynoka, which has these gates and dungeons on its doorstep.

The aim of the game is for Will to be a hero, but the steps to get him there are not straightforward. You enter procedurally generated dungeons full of a mix of enemies all intent on killing you. Each one you defeat reveals some resources which you can loot and along the way you discover chests which contain other items. While the aim is to get through the dungeon and progress to the next, you can’t do it on your first go. The resources you collect need to be taken back to your store and put on sale for other villagers.

Part of the game mechanic is to set the prices. Too expensive and no one will buy, too cheap and you won’t earn the money you need.

Rynoka is a bustling little commercial village and getting out and meeting the other residents is important. Some have special requests they will pay more for and others will offer to enchant or upgrade weapons, for a fee of course.

The dungeons in Moonlighter have a limited number of different rooms so while they are all unique, the themed rooms do feel similar. You can’t brute-force your way through the game. You will quicly find yourself outnumbered and under-equipped. It took a while to realise that the skill in this game is to get the loot you need and get out before you die. Get back to your shop and sell it at the right price. Craft, enchant and upgrade your weapons so you can go back and get further.

Run out of health points and its game over, loot gone, try again. You spawn back in the village or back at the entrance to the dungeon. If you are used to that gameplay that’s great but the learning curve in Moonlighter is quite steep and its repetitive gameplay can be frustrating. The early weapons are weak and slow to swing so expect to die a lot to start with.

The visuals are not complicated, they are bright and colourful. Played on a standard PS4 it showed no issues keeping up although that is to be expected. It looks and plays like 16-bit era games, where you can abuse the blocky graphics and position yourself pixel-perfectly to stay just out of range of some enemies, but still attack them.

In a world of 4K gaming and photo-real textures, games like this look dated and basic, but dig beneath the surface and you realise that better graphics would not improve this game. Moonlighter is presented exactly as the creators intended. It feels like a Gameboy Colour game on the big screen. Deviously simple and playable, but displayed as simply as possible.

The sounds and music match the graphics, NES-era sound effects match the imagery to give you a real experience of an aged RPG, which plays quickly and has more depth. Again, with modern games giving surround sound atmospherics this can seem simple, but the audio in Moonlighter does everything it needs to do.

While you interact with a lot of characters, there is no vocals in the game. Speech bubbles appear as you find out what they want to tell you and it works well.

The procedural generation means that the replay value on this is massive. Each dungeon will take hours to clear as you enter, loot, sell and upgrade your items before going back for more. Fans of this style of game will be able to put 40+ hours into this game, but a lot more if they want to. You can continue to enhance and upgrade your weapons, explore and loot the dungeons until your heart is content.

The feedback loop on the game is pretty big and because the dungeons change every time it difficult to measure if you have got further than previous attempts. On a lucky run you’ll speed to the third level. Choose the wrong door and you’ll be lucky to get off the first.

Moonlighter is the sort of game that plays on your mind when you walk away from it. You leave frustrated but find yourself itching to improve the next time you switch the game on. But that takes patience and if you don’t take the time to allow the game to play out it just feels frustrating and too difficult.

Moonlighter looks and sounds the exactly as it should. It’s simple appearance belies complex and strategic gameplay mechanics which can be frustrating and addicting in equal measure. Fans of Action-RPG’s will enjoy this and the rogue-lite elements will keep them coming back for more, but for me the rewards were not worth the effort and I left after the first dungeon.

The reviewer was given a review code for this game.