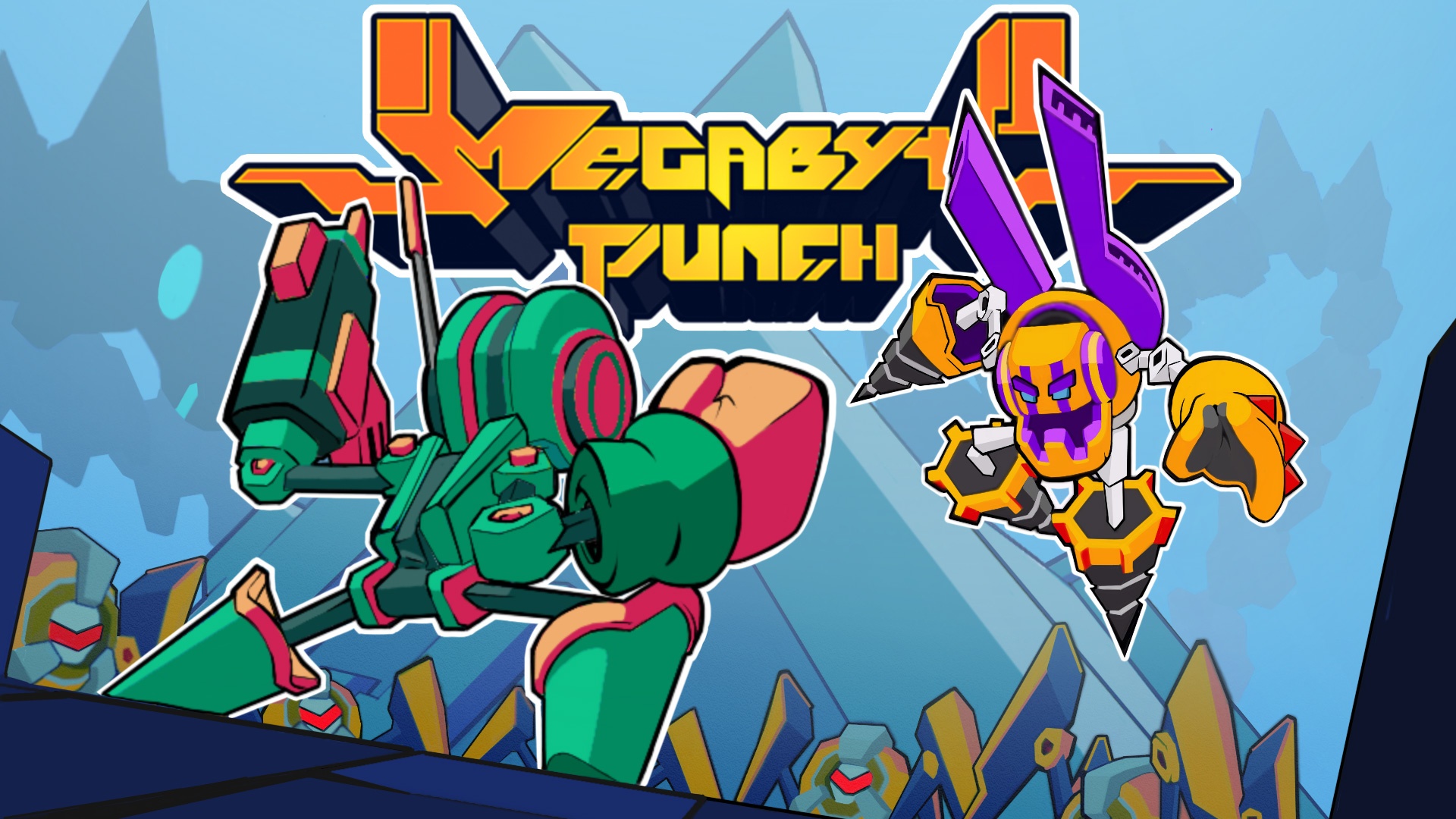 Take one part platformer, add a dash of a fighting game, and a pinch of Metroidvania style exploration and what you end up with is something fairly unique. Megabyte Punch is at its core a beat ’em-up with some nice bells and whistles added to it. It’s broken up into six levels of three stages each. The levels can be short if you’re just going through to get to the end, however, there are rewards for exploring. From extra bits, which earn you extra lives, to parts for your Megac giving you stat boosts or new abilities. A Megac is a robot-like denizen of the computer world you live in. It is up to you the player, and up to 3 of your friends to defend the Heartcore of the village from the approaching enemies.

As you progress through the levels of the game you fight other Megacs, and sometimes when defeating enemies, they drop parts. You can pick up and use these parts to customize your own Megac. Boosting attack damage, defence, earning new abilities, etc. As you explore you can also find colour palettes to customize how your Megac looks. Each level has a boss character at the end of it that drops a rarer part than enemies do. There’s a fairly large number of parts available to collect throughout the game, making for a lot of customization of builds. Additionally, the Nintendo Switch has some added bonus stages and you can scan any amiibo to unlock additional colours.

While I was playing on my Nintendo Switch, I did encounter a few bugs, occasionally causing the game to crash completely, but I still felt the urge to go back and play again. The crashes were seemingly random and menu associated. The first one was when I was swapping parts out on my Megac, the part s didn’t swap, instead, they stacked so I had two arm parts in the same slot. Shortly after that, the game crashed. The other one was when I tried to load an old build for my Megac from the house, the game just crashed instantly. It didn’t crash again after those two during the entire time I figure they were freak occurrences.

Megabyte Punch has a nice aesthetic about it. The levels are designed blocky, and a lot of the blocks are destructible. The game is very colourful also, with each level having its colour palette. Having a simple aesthetic allows the game to run very smoothly on the Nintendo Switch.

The soundtrack in Megabyte Punch is high energy. Bumpin’ electronic music accompanies you as you fight your way through levels. The sound effects associated with some of the techniques can get a bit repetitive as you fight things, but it’s a minor thing that happens with most games. Overall, the audio design in Megabyte Punch is well done, and I don’t have anything negative to say.

Megabyte Punch doesn’t have necessarily a lot of content to it, due to only having a handful of levels, but its saving grace is having a multiplayer mode where you can square off against your friends and slug it out to see who has the better skill and builds.

To sum up all sections, Megabyte Punch is a fun game to play, it looks good, plays well, and has a fun soundtrack. At the decent price point of CAD$19.99  on the Nintendo eShop, it’s worth taking a look at. I’m gonna award it with the Thumb Culture Gold Award because it’s a good game and fun, but it’s a little lacking in content. With friends to play it with, it could be a really fun experience.