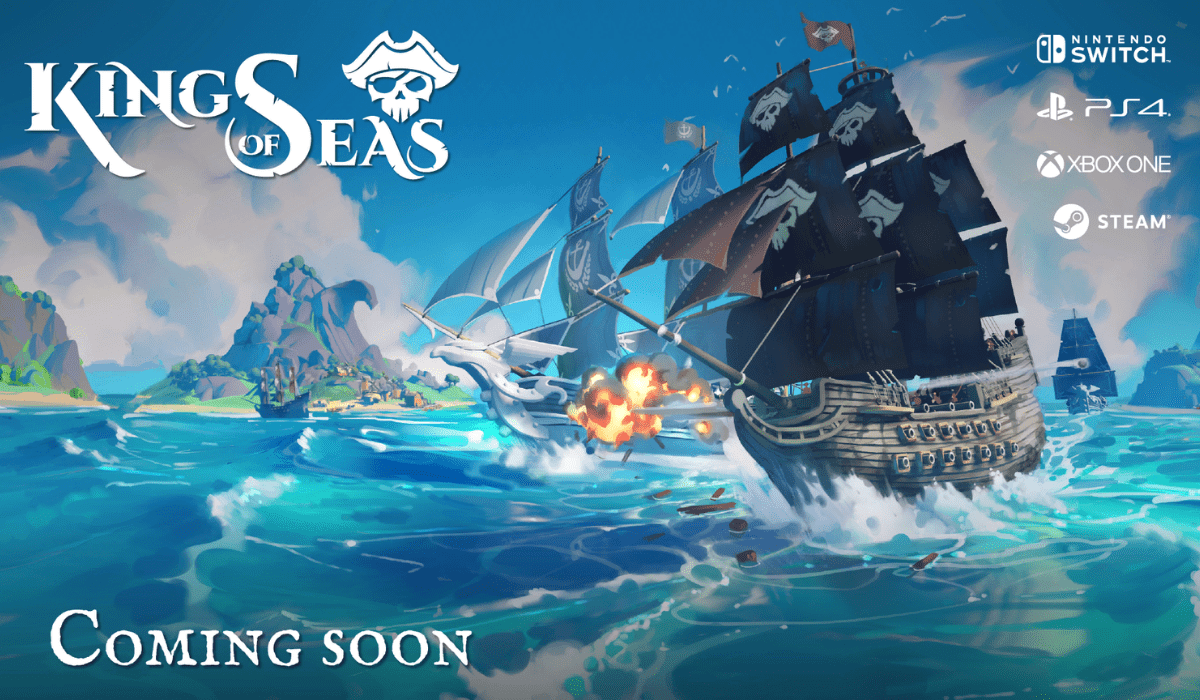 King of Seas will release in May 2021 on PlayStation 4, Xbox One, PC and Nintendo Switch.

The real news here is that publishers Team17 are now on board with 3DClouds. This is to help launch King of Seas worldwide on all platforms. Team17 will also provide resources to help implement more languages into the game.

Here’s a snippet from the press release:

Milan, Italy – 11th February, 2021. Independent Italian developer 3DClouds and global independent games label, Team17, are thrilled to announce a new publishing deal for the highly anticipated, pirate-themed action RPG, King of Seas. The action-packed seafaring adventure is scheduled to release in May 2021 for PlayStation 4, Xbox One, PC and Nintendo Switch™.

The publishing deal between 3D Clouds and Team17 will provide additional resources for the team to work on enhancing the gameplay quality as well as implement further languages into the game, including German, French, Spanish, and both Simplified and Traditional Chinese, ensuring the final game delivers the best gaming experience for the players.

“We’re really pleased to be able to come on board with 3D Clouds and help launch King of Seas,” said Chris Coates, Head of Studio’s, Team17. “The game is already hotly anticipated. We’re really eager to help enhance it for PC and consoles ready for launch later this spring.”

“3D Clouds have created a very exciting game in King of Seas,” said Chris Coates, Head of Studios at Team17. “We are delighted to open up our studio resources here at Team17 to help further enhance what is already a hotly anticipated game and look forward to launching on PC & Consoles later this spring.”

This is fantastic news for 3DClouds as this is now a set deal that will help their already brilliant game reach even more markets in the gaming world.

I previewed King of Seas a couple of months ago and what I played was fantastic. I rated it silver due to the fact it was quite limiting in the playtime on the preview. However, I had the scope of it receiving a higher review once the game comes out and we can play more of the game.

It reminded me somewhat of a classic PlayStation game named Overboard. King of Seas is a fantastic swashbuckling, cannon toting Action-RPG. However, King of Seas is certainly one to keep your eyes open for.

Have you seen much of this game? Are you excited to play this? Let us know in the comments.