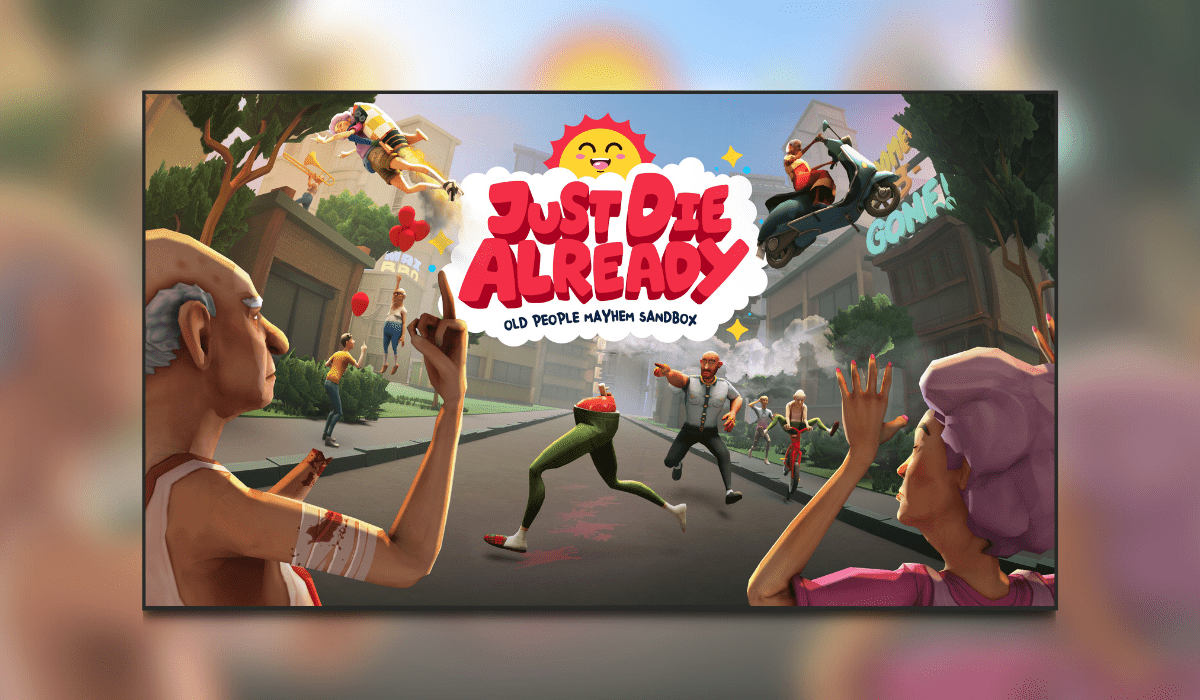 And here we are, we now officially have a game for everything. The old people mayhem sandbox game, Just Die Already, will be launching on all platforms on May 20th 2021.

What is Just Die Already? Well, basically, it’s a game created by the designers of Goat Simulator, you play as an old person, you unintentionally lose limbs all whilst trying to survive because your retirement home has kicked you out.

You can pre-order the game now during a special promotion on Steam for £9.59. The game will be releasing on PC, Xbox, PlayStation, and Nintendo Switch.

Check out the below screenshots where you can see a small amount of mayhem, also the graphics look nice. 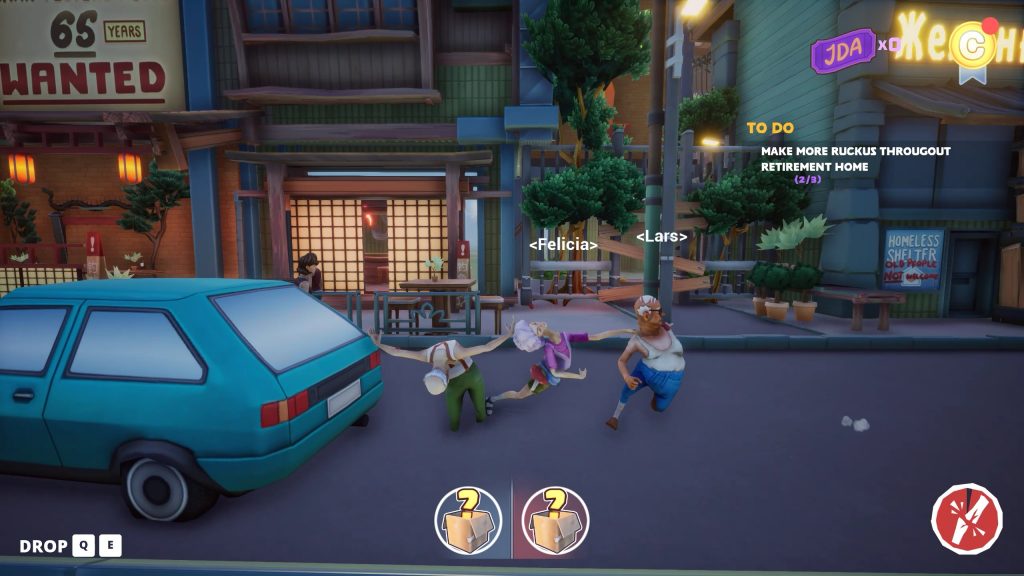 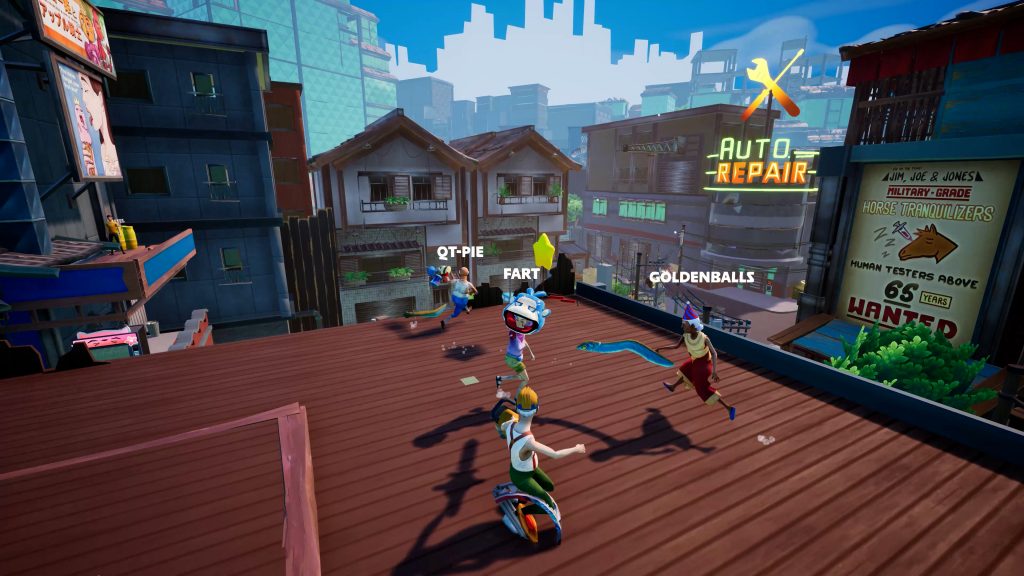 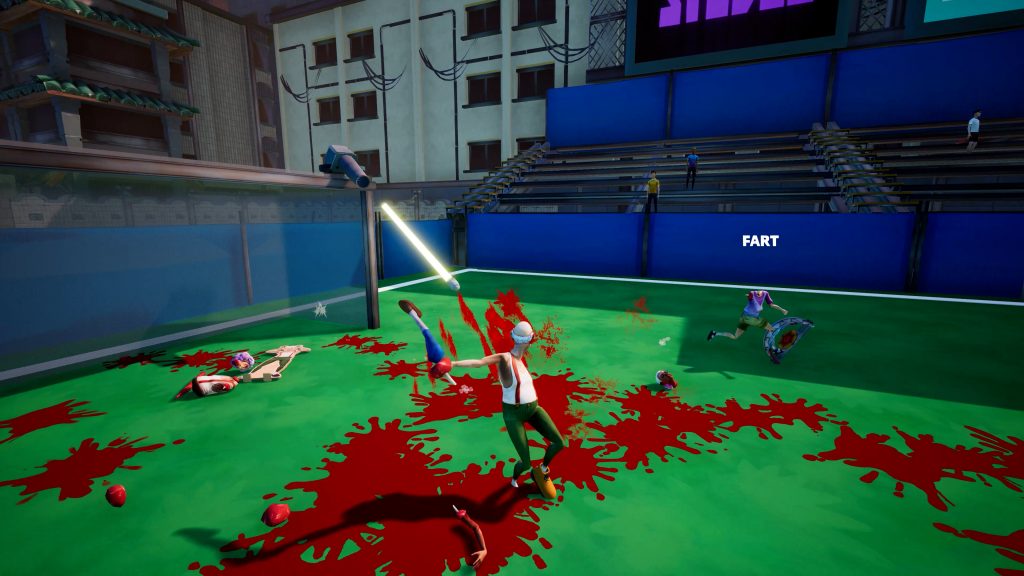 London, UK – Thursday 22nd April 2021 – Having spent the last 12 months couped up in our houses, it’ll soon be time to collectively step out and breathe in the fresh air. Of course, that’s all before we strap two live fireworks to our tender bodies, propelling us up into the sky before we come crashing back down to the ground, landing in the open jaws of a handy shark who has taken refuge in a nearby river.

Oh wait. No. That’s Just Die Already – the old aged pensioner playground that Curve Digital and DoubleMoose can today announce will be launching on PlayStation 4, Xbox One and Nintendo Switch as well as PC on Steam and Epic Games Store on Thursday May 20th, 2021.

If this is the first time you’ve heard about Just Die Already – and, given we’ve all had so little to do during the last year that even thankless tasks such as “reading a book” or “making conversation with a loved one” have almost seemed legitimate, we frankly find that hard to believe – then hold onto your dentures: Just Die Already tells the tale of old folk who have just been kicked out of their retirement homes, competing with each other to secure a sweet spot some place new by performing dangerous challenges to qualify for free care.

Players can either take on Just Die Already alone or compete in four-player online multiplayer (fully cross-platform too, thanks to Epic Online Services), ticking off dangerous challenges that put your life – and, indeed, every atom of your being – in danger. You’ll lose limbs getting eaten by sharks, you’ll break every single one of your bones, you’ll get squished and squashed and shot to pieces and, if you’re lucky, you’ll stay alive long enough to earn your place at a prized retirement home.

“Just Die Already might be a fictional tale of OAPs competing for spots in retirement homes, but given the folks in those homes have food & drink, company, and – most importantly – haircuts on tap, I’m starting to think I should join then,” offers DoubleMoose co-founder Armin Ibrisagic. “Seriously, after a year of COVID-dodging, there’s not a single person in a retirement home who doesn’t look younger and fresher than anyone at DoubleMoose. At least we can now take on the comparatively sprightly forms of Just Die Already’s cast of characters when the game launches on May 20th.”

Let us know in the comments if you’re looking forward to this crazy new game.