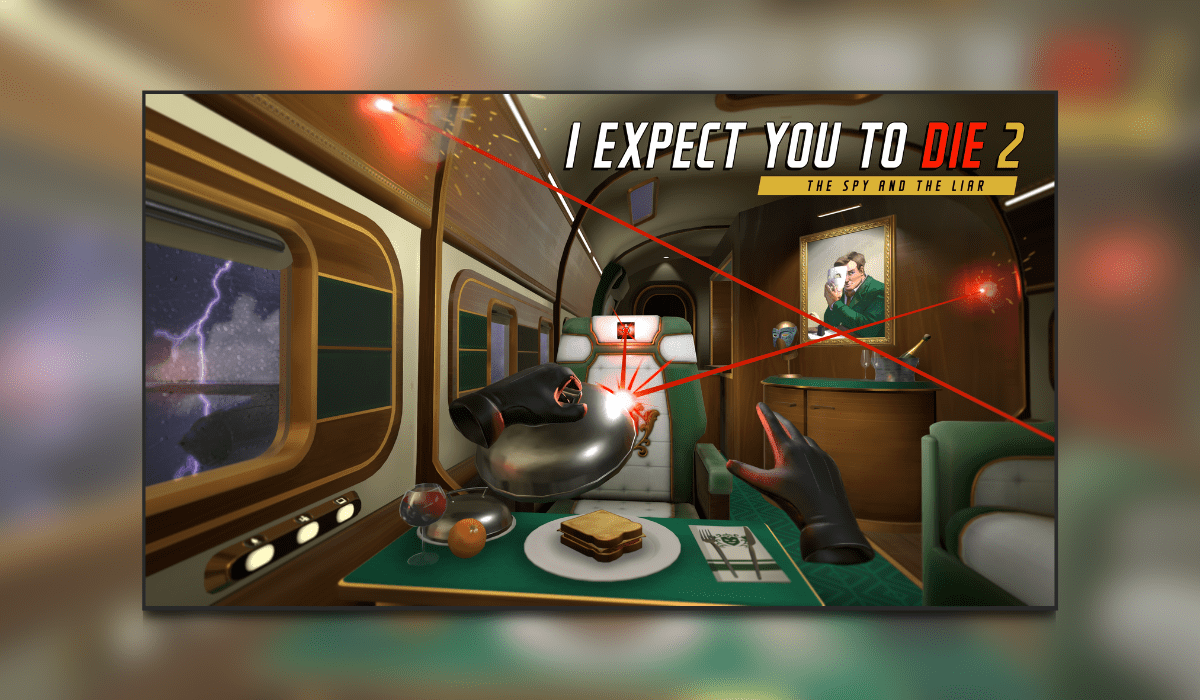 I Expect You To Die 2, the official sequel to the hit VR game from 2016, will officially be coming to Oculus platforms in 2021. This was announced during the recent Oculus Gaming Showcase and is fantastic news for fans of the first.

Speaking of the first game, if you’ve not had the chance to check it out, you can do so now with the game currently having a 33% discount in the Oculus store.

Pittsburgh, PA — April 21, 2021 — Schell Games, creators of the award-winning spy VR puzzler I Expect You To Die, is excited to announce the sequel I Expect You To Die 2: The Spy and the Liar will launch on Oculus Quest and Oculus Rift platforms later this year.

“I Expect You To Die experienced remarkable success on Oculus platforms, and we’re excited to announce I Expect You To Die 2: The Spy and the Liar will be available for Oculus gamers later this year,” said Jesse Schell, CEO of Schell Games. “Our fanbase on Oculus helped us reach incredible milestones with the original title, and our team is looking forward to providing new and returning Secret Agents with an engaging, story-driven experience.”

In I Expect You To Die 2, players return to the immersive world of espionage. After secretly surviving the traps and pitfalls of the first game, players go deep undercover to explore sinister intelligence the Agency received regarding Zoraxis’s move for world domination. Players will embark on brand new missions to figure out what Zoraxis is up to, use their elite spy skills to retrieve vital intelligence for the Agency, and try their very best not to die mid-mission.

Did you play the first? Are you going to play the second? Let us know in the comments.