Fortnite Smashes $25 Million in its First Month on Mobile

Epic Games’ free-to-play title Fortnite landed on iOS, available to download for free with in-game cosmetics being available to purchase.

Originally launching as an invite only application, Fortnite’s Battle Royale mode for iOS has raked in over $25 million in the first 30 days of being released.

Originally launching as an Early Access title for Xbox One, PC, and PS4, it saw players paying for access to the main game that sees them surviving against zombies that have been birthed from a storm that has taken over the Earth. Players do this by building forts during the day, and then surviving the assault at night.

It had plans to launch as a free-to-play title after the Early Access period is set to end in 2018. September 2017 saw Fortnite Battle Royale launch, bringing incredible similarities to March 2017’s PLAYERUNKNOWN’S BATTLEGROUNDS but with its own twist of bringing the fort building system into play. It was a success and both Fortnite and PUBG engaged in disputes.

Since then, both PUBG and Fortnite have launched mobile versions of the titles, with Epic Games’ iOS title hitting $25 million in 30 days since its launch on the 1st of April 2018.

It is expected that if it continues as it is, it could well earn over $500 million by the end of 2018. According to Sensor Tower the game has already exceeded $1 million through in-app spending since launch. Here;s their graph. 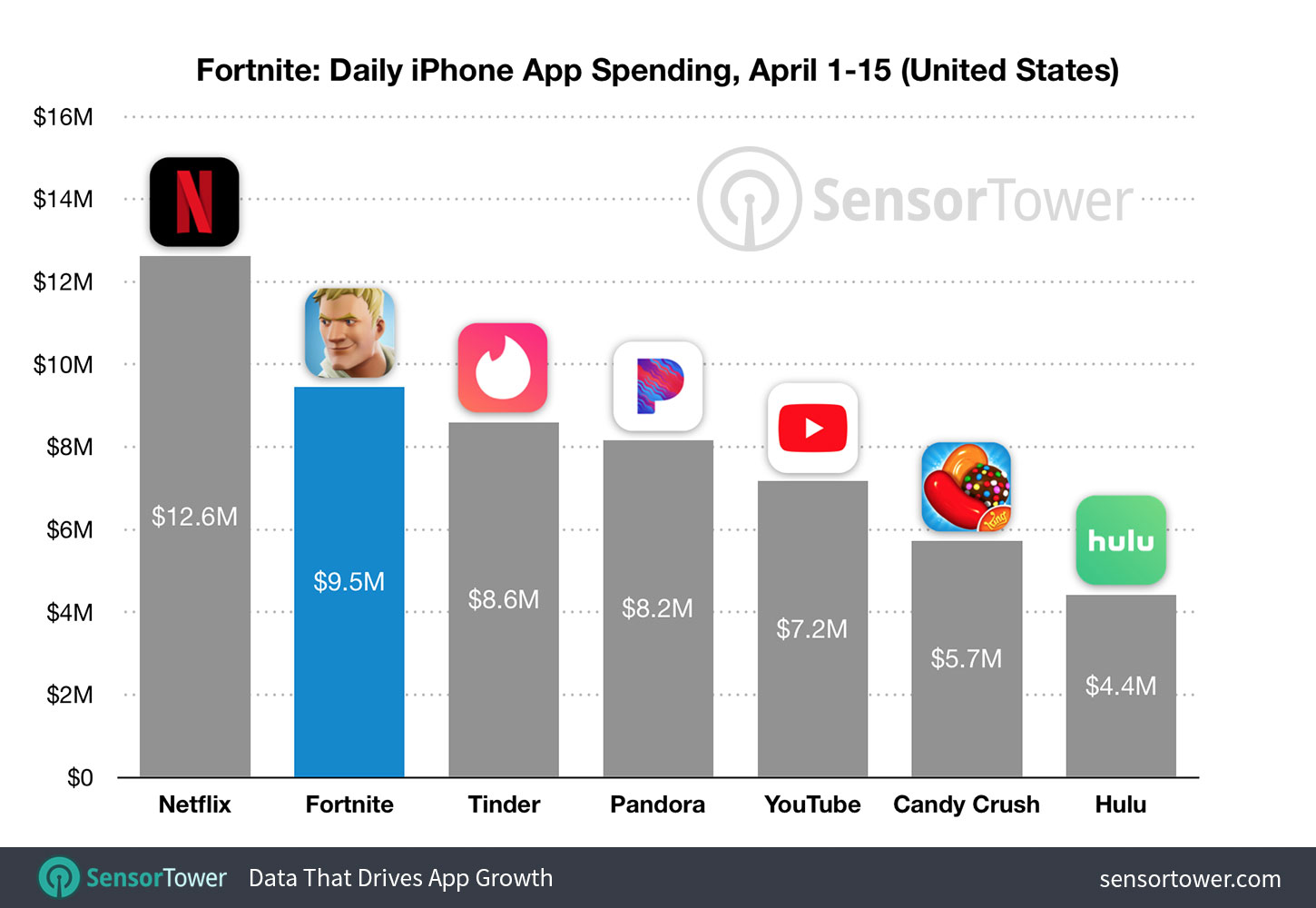 Fortnite is available on iOS, Xbox One, PC, and PS4.

When first I laid eyes on Ancestors: The Humankind Odyssey I was incredibly excited. ...

It has been announced that Fortnite has an exciting event for all Star Wars ...