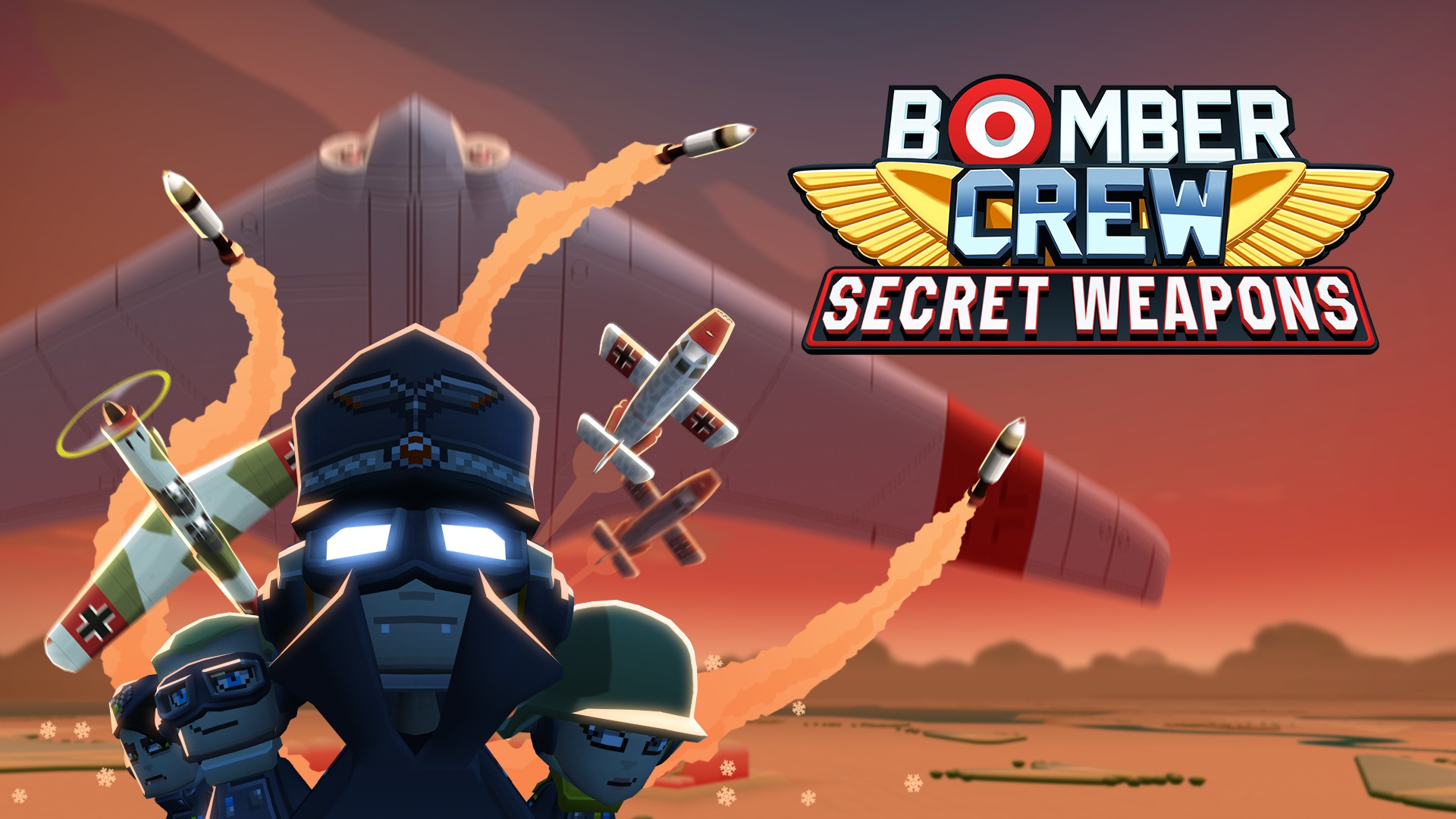 The first DLC for Bomber Crew has arrived in the form of Bomber Crew Secret Weapons. Time to strap on a pair of flying goggles and a warm coat and get out there. Chocks away!

Well what’s new I hear you asking. Well there are a couple of new weapons and a new campaign. There is also some new livery and outfits for the crew that are quite cool.

The new campaign is set in a very cold wintery Europe, there is snow everywhere, and as such the enemy planes are a little harder to see. There is also a new experimental enemy aircraft just to keep you on your toes. The premise of the game is still fairly simple, bomb this, drop that and don’t get blown away. The game hasn’t become any easier, and the new mission isn’t really designed for the new player, so build up your aircraft, get the new 20mm turrets before attempting to take it on. Make sure your crew is ready to survive in the cold climate, so choose them wisely.

Also, make sure that you have guns in all 4 turrets as the screenshot below shows what can happen with no lower turret. There was no way to physically shoot the plane and it just ripped me apart from back tail to cockpit killing all the crew. I was tempted to get them all to stay safe out on the wings, but I kind of needed a pilot.

The graphics for the new weather conditions do add a nice touch to the game. Remember if it’s winter then try not to leave your engineer on the plane wing fixing the engine for too long.

Without shadow of a doubt, Bomber Crew is one of the trickiest games I have played in a long time, it’s also one of the games I have notched up the most hours on. I think that this shows that Runner Duck have got the balance right between frustration and satisfaction.

Whilst the DLC doesn’t offer a great deal of change, it’s not overpriced. I think that you get what you pay for, and that’s the way it should be. The new mission is tough, but everyone loves a challenge. So if you loved the original, get this and love it some more.