A game made by the experienced developers of the game Insurgency, a strategic, authentic and genuinely terrifying yet satisfying World War 2 game. Does Day of Infamy build on the success of the developer or does it fizzle out like a dud grenade? 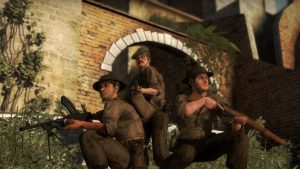 Day of Infamy is a game which focuses on World War 2 with its online multiplayer matches set in a multitude of different locations and featuring a wide range of different character classes. The classes all come equipped with different load outs and are best suited to different situations. Making a team with a balance of classes is essential in surviving and winning matches.

Featuring ten maps and over 70 authentic World War two weapons and attachments, the developers have spent a long time trying to bring the best experience possible. The developers have also made sure that balance is a key priority and have done this by making sure their ranking system does not provide any unfair advantages.

You can choose to take the lead of your team, calling in additional support by using the radio attached to one of your soldiers who should always be in close proximity. Snipers, riflemen, heavy machine gunners plus other classes all make up the team composition and are needed to ensure the success of your team. Finding a class which suits your play style is essential so that you can benefit the team and help secure a win.

Running around corners into alleyways or building corridors is genuinely terrifying as your demise could be right around the next bend. However, you need to risk it so that you can potentially get into a position to stop the enemy team taking an objective or keeping the enemy team pinned down and suppressed while your team claims a flag.

One of the best levels I played in the game was the storming of one of the D-Day beaches, with the Allies team landing in crafts onto the beach and attempting to push forward and up the hill against an onslaught of never-ending machine gun fire and accurate sniper bullets. With the German team up high, hiding in machine gun bunkers or finding a tactical spot where they can easily see you land is a difficult thing to fight against but if you manage to push them back past the bunkers, it feels like a real achievement.

One last thing to mention is the community, the community makes this game (quite literally). It was by far one of the best communities currently around for a game and is often stated just how active, welcoming and friendly it is. The community also boasts some very talented developers as Day of Infamy is open to mods and with over 500 of them made whilst the game was in Early Access, it goes to show how keen people are on the game. 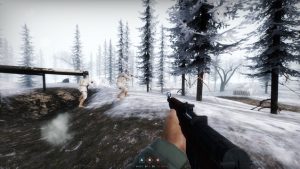 Day of Infamy is all about gameplay and unfortunately, the graphics show that. The graphics are nowhere near the quality of a Triple A title like Battlefield 1 for instance but they are an improvement on Insurgency. However, they aren’t bad in any sense of the word. The graphical horror of war is realistic enough as explosions are happening around you and the sight of the enemy brings terror to even the most battle hardened.

Details aren’t as sharp as games nowadays and visual effects aren’t the best but the game doesn’t try to disguise this with fancy videos or trailers to its credit. The fact the game is all about gameplay makes you remember that graphics do not make a game, and for the game to be such a well-developed game, something does have to give.

Sound effects the game definitely does well, the audio is immersive and a definite selling points for the game. Guns sound different and explosions are terrifying, especially if you’re situated pretty close to them. New comers and even the veterans of other games will be scarred by the sounds of people being burnt alive just around the corner.

The game is currently priced at £14.99 on Steam with deals regularly being published for it. For the full price its currently being charged at, you’re are getting exceptional value for money especially if you’ve played Insurgency or Day of Defeat before as this game just builds on both.

And that’s just the core game, when you start throwing all of the mods you can install for the game then the 15 quid price tag is an absolute steal. After a while, you will start playing the same maps but every round will be totally different, what worked in the last round is highly unlikely to work in the next. This keeps the game fresh every time you load it up and with the mods installed as well, you can tailor it to exactly how you want it to be.

Day of Infamy machine guns its way to a Thumb Culture Gold Award. 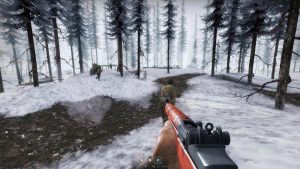 One of the best World War Two shooters currently available from a team of highly experienced and motivated developers. Boasting a wide range of authentic weapons and maps, plus a whole host of user created mods just to make the game your own, you would be mad not to get involved!