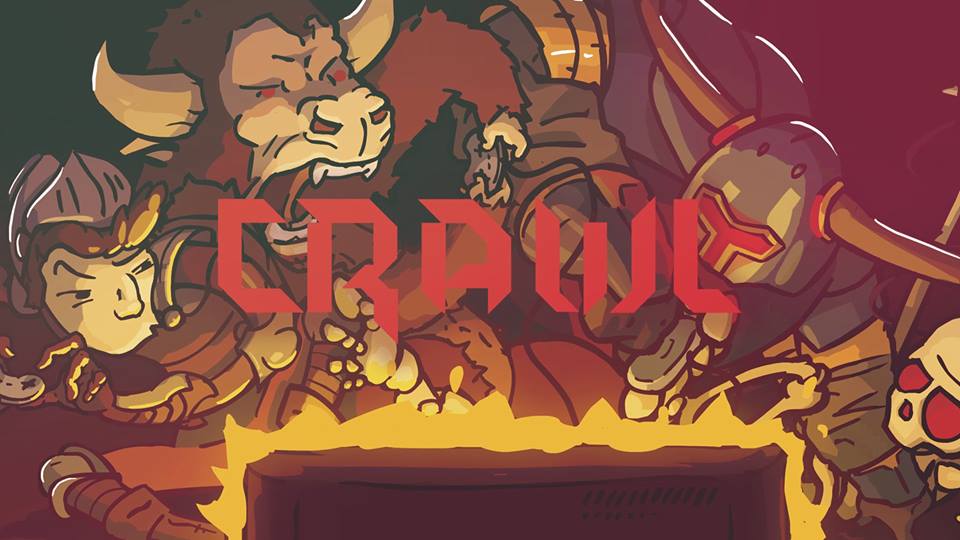 Crawl is a roguelike, brawler indie video game by Australian developer Powerhoof and I was lucky enough to be given the opportunity to review this quirky retro gem. Crawl is (appropriately) a dungeon crawler with an 8-bit heart of gold. The art style and music are pure retro: Modelled after arcade dungeon crawlers, they manage to somehow give the hero and monsters their own personalities and a trippy, kinetic feel. If Atari’s classic Gauntlet (the 1985 original) was three-quarters view instead of top-down, it might have looked like this… 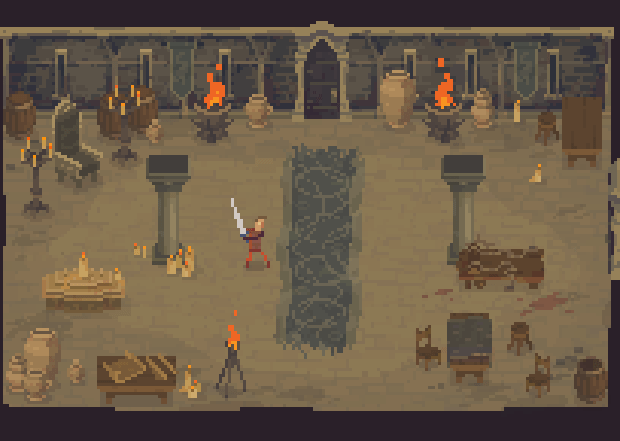 The narrator, a cantankerous wizard who sounds somewhere between Vincent Price and Jeffrey Combs, says a few words to establish the scene, and then the four human players fall upon each other with knife and club until only one emerges from the bloodbath to wander the dungeon alone.

It’s good that both hero and monsters have personality, because you’re going to spend time as both. As the hero, your job is to hack and slash your way through monsters and objects to level up so that you can face the end boss. You can buy better weapons and earn better abilities from dropped gold. 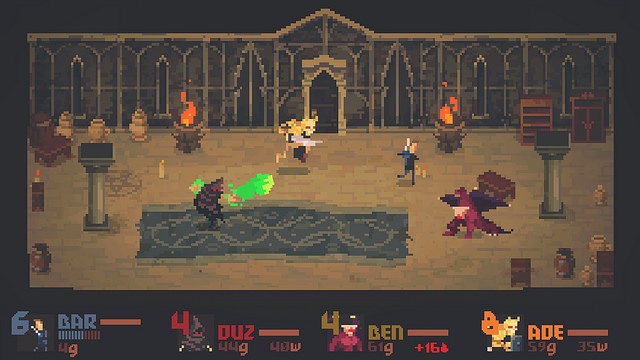 Crawl’s controls, for instance, are simple and easy to pick up, consisting of only movement and two buttons for your basic and special attacks. It feels like Crawl was made to be played with a classic, arcade cabinet Joystick, but this sort of control scheme, while nostalgic, can be very frustrating. Moving while trying to aim ranged attacks is limited and difficult, especially when compared to twin-stick control schemes used in games like The Binding of Isaac.

I found Crawl’s action to be fast and smooth, and while rooms are somewhat featureless, it’s impressive how much personality and how many effects you can simulate with large square, pixel-like blobs of colour.

Clearing a floor is quick, taking just a few minutes, and the run to level up enough for a boss easily takes less than half an hour. 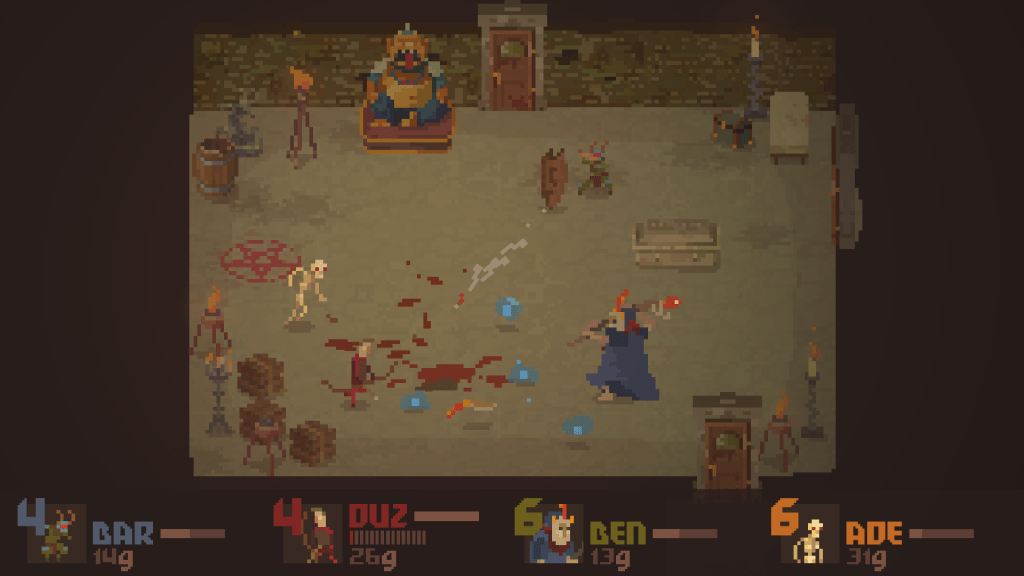 Now, bare in mind that you may find the simplicity of this game a little challenging if you choose to play it on your own as where this game really shines is multiplayer.

When human beings are controlling both hero and monsters, what was a quick-paced crawler becomes a frenetic battle, with heroes battling it out against player-controlled monsters that take their turn as the hunted hero if they’re successful at killing him. Best enjoyed with friends you don’t mind killing and choose your friends’ deaths for maximum enjoyment! I’ve regularly been hacked off in games that don’t offer couch co-op playing ( more money these days in online gaming boo hiss!) so this was a surprising and satisfying feature for me.

Nostalgia is a plenty in Crawl. If you grew up with games like the original Dungeons and Dragons or Gauntlet, then you will love the pixelated art style in this game.

Most of the environments at this point are a little simple — straightforward rooms with some bits of repetitive, destructible furniture; traps and pentagrams for the ghost opponents to inhabit; and doors leading to the next room. The developers have said they expect to add more monsters, more weapons, more abilities, and more environments as the game moves through Early Access, but for now, the focus is definitely on the gameplay, not where it takes place. It has a charming arcade aesthetic, all gothy B-movie tropes with the occasional software glitches.

It’s not always easy to follow or easy on the eye. Environments lack a variety that can make dungeons feel drab and dull.  It animates well and the iconography dotted around the level makes it simple to distinguish dungeon paths to the nearest exit, shop or boss. It can turn into a bloody mess when everyone’s in play with bullet hell being served up on the menu. I would’ve preferred a cleaner look but Powerhoof are sticking consistently to a chosen style

Whenever I hear that familiar arcade machine chirp, I instantly get transported back to the days of playing in my local arcade with a bum bag (fanny pack if you’re American) full of change. This game fills me with those beautiful music memories.  It taunts you with that repetitive jingle you expect from a game like this.

As previously stated, the narration is spooky and creepy with that Vincent Price style spiel or if you remember the British animated cartoon The trap door then this will remind you of the start of it where Willy Rushton says “Somewhere in the dark and nasty regions where nobody goes, Stands an ancient castle…”

Good things take time and Crawl spent a long time getting to where it is now and the results speak for themselves – it’s the best time you’ll have knifing your friends in the dark, betraying all bonds, and desperately trying to escape the clutching tentacles of the abyss.

Crawl is an incredibly fun and unique experience.  If you need some nostalgia in your life to bring you back to those simpler times of video gaming then I’d suggest getting Crawl as it gives you a truly fun reason to seek out some friends to huddle around your PS4 but if you mostly have internet gaming friends, however, you might want to hold off until Powerhoof comments further about online play. Crawl gets a nostalgic Silver Thumb Culture Award