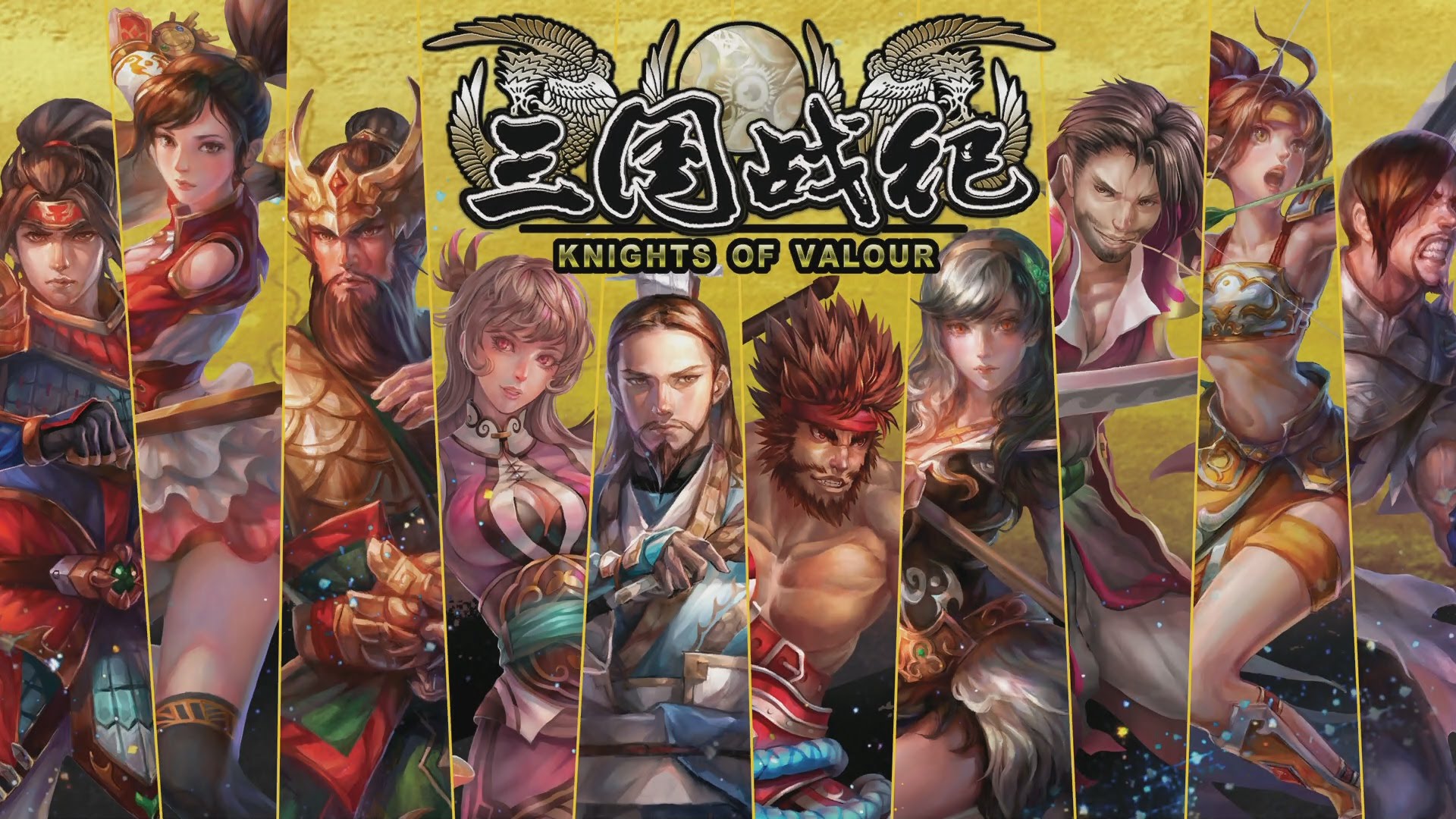 A side scrolling beat ‘em up featuring well-known characters of the Three Kingdoms period (think Dynasty Warriors), which is a free to play and easy to pick up game which features co-op play. Too good to be true?

Knights of Valour is an obvious free to play game, featuring characters from the well-known Three Kingdoms period, which have been made most famous by the popular Dynasty Warriors series from Koei. You have the choice of Guan Yu or Diao Chan at the beginning of the game and have the ability to unlock more using Goshki Stones, which can be gained by completing varying objectives or purchased for real life currency.

The game itself puts you into a side scrolling beat ‘em up, reminiscent of games like Streets of Rage or Golden Axe. Varying amounts and types of enemies face off against you, most of the enemies at the start of the game being basic infantry or archers but this later develops to some quite interesting variants, including demons in pots (by interesting I mean generally just weird!).

Enemies drop items you can use in battle which actually can be carried over to the next battle which is a nice feature. They can also drop you silver, which is the in-game currency that can be used in the store to purchase new equipment for your character. Each map you can also find Equipment boxes which will hopefully contain some decent gear, although after investing about four hours into the game so far, this does not seem as fruitful as I hoped.

The battles are broken down into different stages, usually with about four stages per battle as such. The first battle will see you facing off against the Yellow Turbans, which if you know the story of the Three Kingdoms, is one of the main first points of the story. Killing through waves of enemies, you move across screens in the map which also gives you the chance to stumble across ‘secret’ screens. You would hope these screens would hold countless amounts of treasure but again, this doesn’t seem to be the case unfortunately.

With a boss or a big battle at the end of each map, you are awarded a golden chest which usually does hold at least one equipment box. You head back to the character menu screen and find your spoils of the battle and see how much the battle has levelled your character which as you would expect, would increase your stats which are broken down into the usual stats you would expect to see.

Now you have a bit of money in your pocked you can look to buy some new gear to further increase character stats and then look to increase your skills also with the skill points you’ve gained from levelling. Skills are broken down to combat moves, passive stat increases plus a variety of other stats. Skill points are precious however as you don’t gain many through the game, so investing in skills that are going to be suited to your play style is a must.

The co-op is a nice feature where you can play with up to three others. Having a quick go at the co-op, it seems to make the enemies that little bit tougher which hopefully increases the likelihood for good loot but from my time playing, I can’t guarantee this bit. 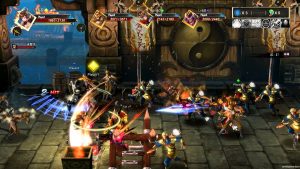 Knights of Valour I believe is an older game, made back in 2014 and you can tell this by looking at the graphics. The graphics are alright and do the job but they have definitely got a bit of age to them and you wouldn’t be writing home to tell your Mum about how amazing they are.

Now the game has recently been translated into English, everything is explained fairly well and the menu screen has been laid out nicely so you always know what you’re doing and where you’re looking for in terms of upgrading gear or picking up new skills. Some games fall foul to over complicating things and making players feel out of control when upgrading gear but Knights of Valour I can gladly say doesn’t do this.

Unlike the past few reviews of mine which have had exceptional audio due to the importance of being able to tell which gun is being shot at you (Squad, PlayerUnknown’s Battlegrounds), Knights of Valour has no such importance. What the game does do well in terms of audio though is the songs that play as you go through the battles. I am a complete sucker for good Dynasty Warriors style music and Knights of Valour really does the music well. It fits perfectly and gets you in the mood for taking on multiple enemies and bosses.

With the game being a free to play, any time you spend playing this game goes to show there is a good value for money in it. If you decide to purchase a few Goshki Stones, then you’ll have to decide from there if you feel it is good value for your money as from what I’ve seen, you can only really purchase new characters using these stones. The fact you can gain these stones (albeit very slowly) from objectives, means you don’t need to invest a penny into the game if you have the time and patience to unlock stones through play.

As a game to just pick up and play for a quick ten minutes, this fits the bill perfectly. A couple of battles and you’ll feel you’ve done enough for the day and I think really, that’s how the game has been designed. There’s not a great deal of content to it and the graphics look dated but as a quick game to play with your mate that has just turned up at your house, it is perfect, especially if you’re both into the Three Kingdoms.

Repeating battles to level up your character and try to find better equipment is part and parcel of the game and it doesn’t actually feel like a chore doing the same map a few times over which with some games it does feel like it can be. A good and easy pick up and play game with decent music and featuring characters from the Three Kingdoms story. Dated graphics and lack of depth and content hold it back but for a free to play, you can’t really complain…Guan Yu will hunt you down if you do.

Knights of Valour gloriously beats its way to a Thumb Culture Bronze Award.

One thought on “Knights of Valour Review – Free to Play”