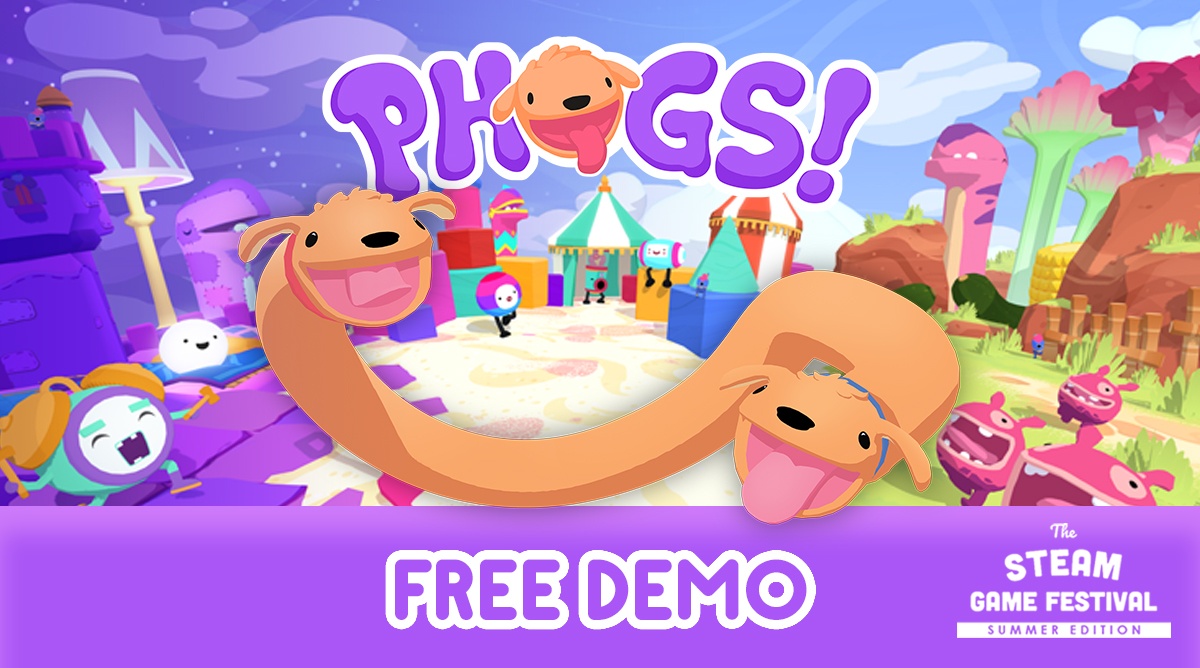 Coatsink and Bit Loom Studios have announced that the release of PHOGS! has now been delayed. Due for release in June they have now advised it will be later on this year. They have advised like many other studios around the world, the global pandemic has created a large number of unforeseen challenges.

“The team is working hard to minimize the delay to PHOGS! and our hooman friends will update on a release date as soon as they can”

“DOES THAT MEAN I CAN’T PLAY WITH MY FWENDS? AAAAARGH!! THAT MAKES RED SAD!”

We hope to announce an official release date for PHOGS! soon but wanted to address the delay as not to disappoint our fans even closer to the original launch window

It’s not all bad news however, PHOGS! is taking part in the Steam Summer Games Festival. From June 9th, 10 AM PDT when the event demo from PAX East will be publicly playable for the first time. PHOGS! will be launching on Xbox One, Nintendo Switch, PS4, and Steam later this year

We managed to get our hands on PHOGS! at EGX and this demo is not to be missed if you like fun co-op titles! So keep an eye out for this on the Steam Summer Games Festival. In the meantime check out the below video and meet the guys behind the game!