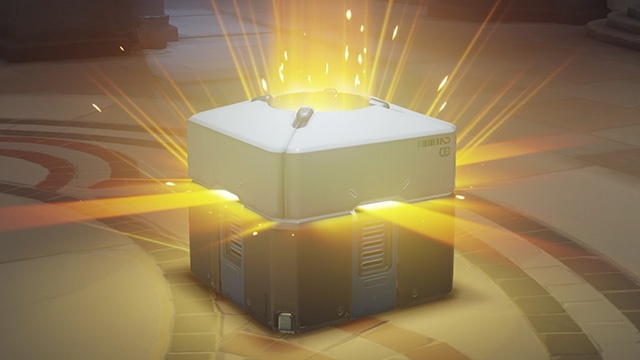 In a world where everything has been monetized by loot boxes is it necessary to just pat the back of a studio for just making a game. When did this become worthy of praise and headlines. How did we get here and how can we go back to just having good games. Well tune in and get ready cause I believe I have the answers you seek.

Battlefield V  recently announced that it wouldn’t have loot boxes or season pass. I had to do a double take because I was sure that the lords of monetization and dumb choices (looking right into your eyes EA) couldn’t have let this happen. I mean the FIFA game series literally brings in millions of dollars from their loot box system. EA has systematically destroyed both studios and game series all the while raking in heaps and gobs of money. Now they announce no loot boxes in game series and I am pretty sure the world might come to an end. Now I’m not bashing EA all the way. My childhood was filled with games starting with *soft whisper* EA Games Challenge everything, but, it has most definitely fallen short from where it once was (Star Wars Battlefront 2….)

It has become the norm for loot boxes, crates, season passes, battle pass, level up pass, give us money for skins;weapons skins; skin skins; new characters or whatever.  This was a trend usually reserved for mobile games. As a mobile game player I can’t say I haven’t thrown a couple bucks at some games in order to get ahead. What normally happens though is that game was free and I don’t feel so bad for getting a couple weeks of entertainment for a five dollar gem/gold/premium currency/starter pass pack. Now if I pay for a full price game I expect the whole game. Not bits, not pieces, the whole thing. Back in my day (ugggh yes I really said that) in order to get more money studios had to publish a whole expansion to a series. Blizzard was the boss of this with games like Diablo 2, Starcraft, Warcraft II and III. It felt like a whole other game and added so much content you didn’t mind paying for it. Now it cost money just to get a skin for a new character.

The only way to defeat this problem is money. Don’t buy it. Don’t buy the loot box even if there is a really cool Sun Wukong skin for a character and you have to have it (please help me if a game has this). I wouldn’t complain so much about the skins if their was more ways to earn them. However if you have spent a couple matches worth of Overwatch time only to see every loot box open with 3 sprays and a voice line, you know the feeling of being helpless and wanting to spend real money at the chance of a product and that is my issue. Some games like Smite just flat out require premium currency for their skins. That I am okay with. I know it takes time, effort, work, to make skins and also keep games going. You need to have a steady flow of cash. My issues is that for real money I want the product. I don’t like that I can spend $50 dollars for loot boxes and never get a skin, or whatever premium product I am after. I am aware that most of these don’t effect gameplay and are just for looks,but, that is the whole point.

I’m glad to see more companies are willing to depart from this style of money grubbing and focusing on making awesome games. However, larger studios need to know that WE SHALL REVOLT!!!, or at least not give them any more money. It was a slap in the face to EA when Star Wars Battlefront 2 severely undersold.  With the growth of indie gaming and people willing to try new things to escape the choke hold that is loot boxes maybe there will be a better gaming future. I miss just bonding over awesome games and not worrying about having a character with a super limited special edition extreme cheddar skin.

NOW FOR SEASON PASSES! I hope this isn’t just coming across as a rant. I truly believe this is an issue with gaming. When you buy a game at $60 you expect to get the whole game, that is where you are wrong kiddo. You best believe that as soon as you boot up that game you will be prompted to buy a season pass. Usually this unlocks all future DLC or Maps. My issue is that usually its around another $60 dollars and the time frame for DLC is anywhere from a couple months to a year away. I know what my shelf life is for most games and for most others its not long. A couple weeks of serious grinding unless the game truly is amazing.

The last season pass I bought was for The Division. After a month of play time I traded it in and forgot all about it. That’s how the story goes. Its the same with the battle pass. You buy it to unlock super cool items by playing the game. Sounds great, till you realize month after month you are spending about $20 to unlock things in game that doesn’t effect gameplay other then making you look pretty. Which is nice till its been a couple months and a game you got for “free” has cost you a couple hundred and you are now bored with it.

I may not speak for everyone and this is definitely an opinion of mine but, I know that there is enough people out there that just want to play games.  I give you money, you give me products, and then I tell my friends about this awesome game I am playing. Its a simple formula for sales and I wish we could go back to it. Now if you will excuse me I have to go shamefully look at League of Legends, Smite, Overwatch and a plethora of other games and all the skins I bought.

One thought on “Can We Loot Box This? – The Fine Art Of Monetization”