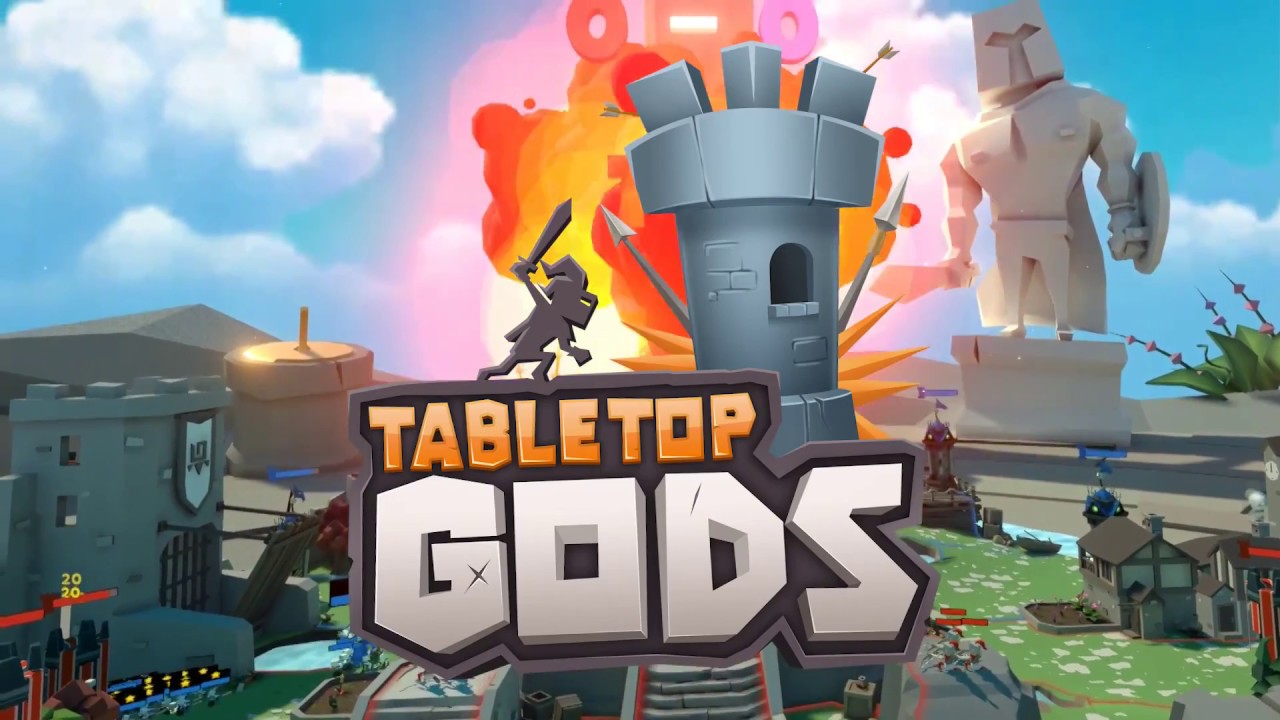 Tabletop Gods developed by Ghost Fish Games is the VR/RTS/ Mana Management/ Tower Defense game that has a lot going for it on the surface. However, once you get into the actual game you find empty multiplayer lobbies and a weak single player campaign. As Tabletop Gods is still in early access I will hold my full review until it comes out. Saying that what is there now isn’t much. Read on and see if you agree.

Let me start by saying I am normally not a fan of early access. If you have been a reader here before you might remember how I feel about monetizing into today crazy gaming world (Here is a link for a nice read of me being super not salty about loot boxes and stuff). Early Access has a special place however in my heart. On the one hand, if you already like a developer and want to support them into making a full game then this is great…not. There is a reason there is beta testing, there is a reason you have people debugging, even if you are a small company you can get people to try your game for free and help you. No stepping down from my soapbox I was “lucky” enough to try out Tabletop Gods.

If you have ever played clash royal, minion master, or any two-sided card game you get the gist of what Tabletop Gods has to offer. Two sides at war over who the next top god is. You start with mana that you use to create towers/traps and any leftover mana is used once you have started the round and is how you start to summon your various creatures. The type and amount of creatures you can summon depend on which of the two factions you have. One is undead and the other is humans. Each race has different summons and spells that affect how you play. From having a human giant rip apart the enemy towers to summoning two zombie giants to overwhelm enemy troops. There is the usually an amount of strategy with games in this vein but it has yet to hit a point of being something with a meta.

Now Tabletop Gods have a VR mode, where you can move around the map and drop troops more strategically. I was unable to experience this but found footage of it and it does add some fun to it.  However, Tabletop Gods is definitely something that is meant for mobile. There are a plethora of games like it and this one does not add enough change to the format to make it worthwhile getting in its current form. I will keep updated with it and see how it evolves. But where it stands right now I don’t see it going far.

Tabletop Gods is meant to be against friends and foes alike. But the entire online section is almost pointless. At the time of this review, I waited for 30 minutes and still never found a match. Tabletop Gods needs to find a way to market itself out more and increase its current player base because at its stands it is a virtual graveyard. The campaign isn’t particularly hard or challenging and as a game, it gets boring quickly. I hope that Ghost Fish Games keeps pushing ahead and can turn this game into something different and fun. But for now, my outlook for this early access game is grim.