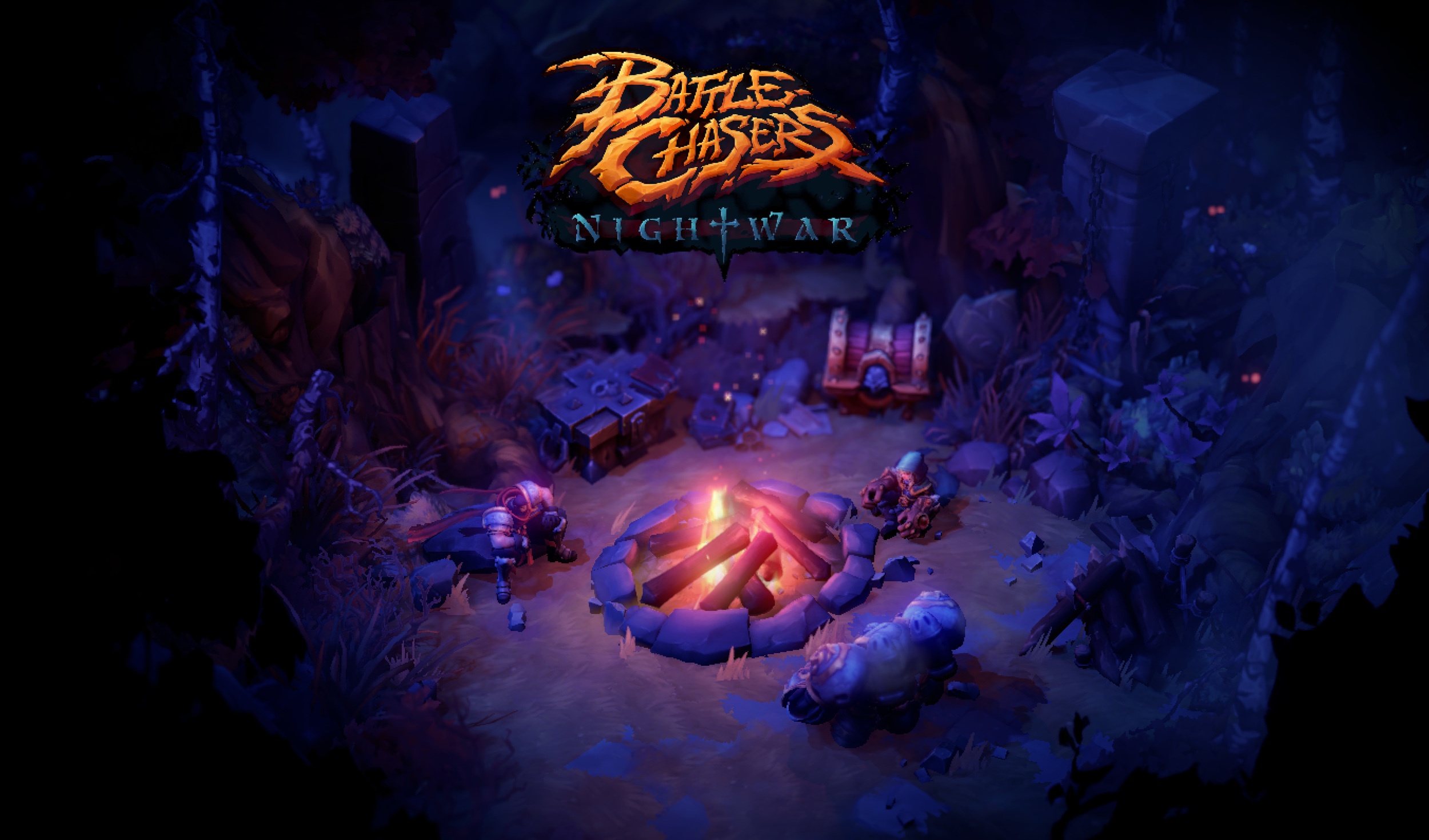 A fun isometric role-playing game with turn-based combat and an in-depth crafting system. Classic combat featured in a technology-infused fantasy land, is Battle Chasers: Nightwar everything that it promises to be? Battle Chasers: Nightwar was originally funded by a kick starter project back in 2015 and is now available on Steam Early Access. The game is being made by Airship Syndicate, a company located in Austin Texas. Being a staff pick on Kickstarter and funding over $850,000 which was over $300,000 more than they needed, the game’s prospects are strong.

Having invested a couple of hours into the game, all I can say is that I wanted MORE! Inspired by classic JRPGs is clear from playing the game but the developers have only been inspired, everything is fresh, clean and crisp in terms of gameplay and mechanics and even after a couple of hours, I wanted to get even more into the game.

My review is based on a limited Beta version but from what I saw, if you end up purchasing this game or were a backer on Kickstarter, then you will be thoroughly impressed by the quality of the game.

Kitting out your team of up to three unique heroes in the desolate town of Harm’s Way, you venture on out to claim more spoils and to rack up more kills on the monster tally. This is all the while following a well told story which invites you to become part of it, adventuring through dungeons and areas with your heroes.

You initially venture onto the over world map but this map is littered with random, hidden and rare bosses, monsters and dungeons. Each could spell your doom or lead you into glorious victories which would handsomely reward you with experience and items.

I was originally taken back by this and felt a little overwhelmed as I went into this game completely blind, but it only took me a few minutes to find my feet and I went out of my way to try and find things which weren’t obvious straight away on the map. I ended up stumbling into some pretty gruesome monsters early on but this randomness is what makes the game.

The dungeons are filled with randomly generated puzzles and secrets which makes you even more intrigued as to what rewards are awaiting for you in the dungeons. Delving deeper and deeper into dungeons, it becomes more and more enticing to keep on going until the end as you just don’t know what to expect in terms of loot and monsters.

The story is boasted as non-linear and is discovered through reading lore objects scattered throughout the world. This means you’ve really got to be on the hunt to keep on progressing so it’s all dependant on you which is a nice touch, no go away do that little missions which I swear are only there to annoy us in some games!

The key parts of the story are nicely told through 2D animations though, so once you stumble across a main part of the story, you’ll be rewarded with an animation to sink your teeth into.

Battle Chasers Nightwar has some very nicely detailed graphics. The graphics of the game take shape in a nicely coloured and impressive fashion. It is a pleasure to look at such graphics and animations and it massively adds to the feeling of the game, a feeling of a lovingly created and thought about product which the developers have put their heart and soul into.

The audio of the game can only be explained in one word…exceptional. Immediately, I was taken by the soundtrack. The soundtrack is a hauntingly beautiful and enticing soundtrack which will captivate you and keep you wanting to play, just for the soundtrack alone.

The heroes are voiced and there is narration throughout the game, both of which only add even more depth and immersion the game, drawing you further into the story and the adventure.

With all of its randomness and procedurally generated monster spawns, loot, dungeons and puzzles, Battle Chasers Nightwar boasts an endless amount of replay ability with the game. Every time you load up, kit out your heroes and venture out into the over world, the game will be different.

Different dungeons with different challenges and different rewards each time, all accompanied by its beautiful art style graphics and spine chillingly beautiful sound track, Battle Chasers Nightwar will have you playing for a long, long time.

The game was an absolute delight, privilege and a pleasure to play and the short time of playing it has totally convinced me into continuing on my journey and adventures into the game. A beautiful game with an amazing soundtrack, Battle Chasers Nightwar took me totally by surprise, but I am glad it did.

Anyway, I’ve got to gear up my heroes and get back out there, there’s still loot to find!