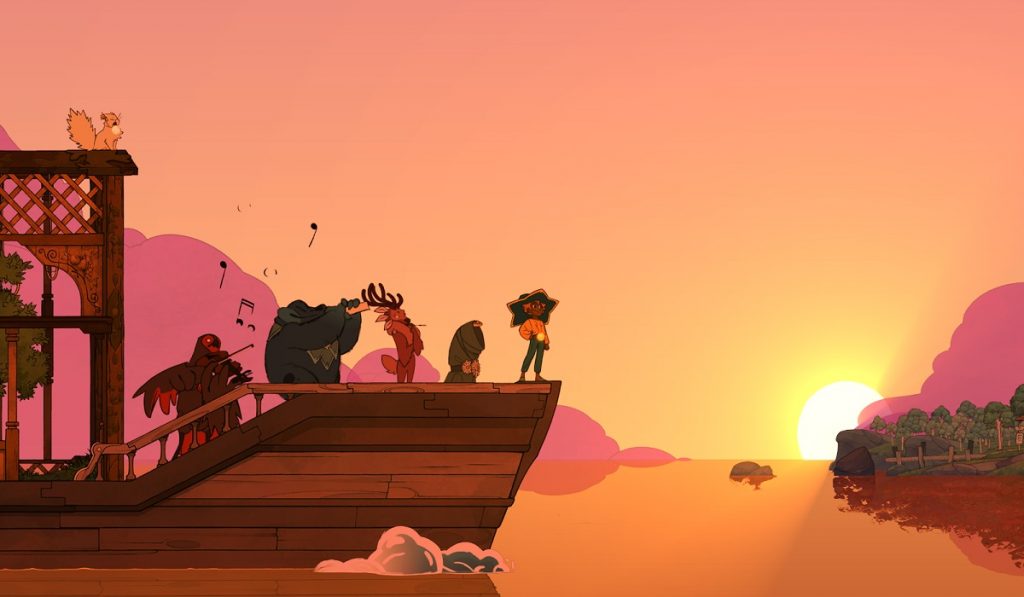 2021 is shaping up to be an interesting year. While we still live a COVID world, there has arisen a new trend on social media. While people may try to avoid popular trends, it is near impossible to avoid sea shanties.

So, while you’re listening to another remix of The Wellerman, or adding your unique beats to Drunken Sailor, here are some seafaring games that would pair perfectly with a good song or two. Some of these are older games, but they are available through Steam or GOG. 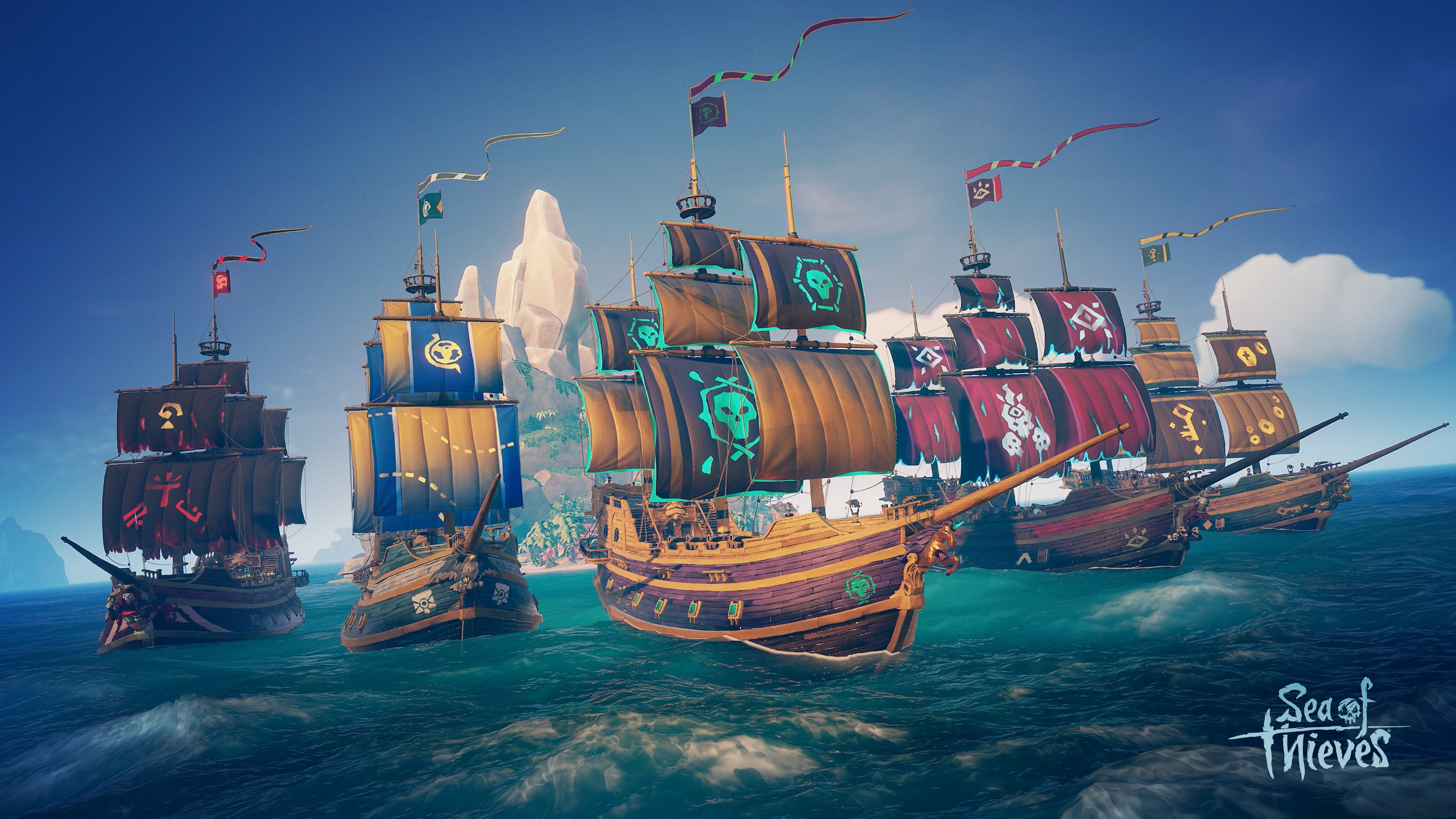 Sea of Thieves is one of the most popular pirate games out there right now. You can sail the seas in search of plunder or complete missions given to you by various trading companies. This is a perfect game for a single player who just wants to relax and sail the seas or for those who enjoy the co-op experience. Find treasure, defeat rival pirates, battle ghost ships, defend yourself against a Kraken, or fight off Megalodons, you can do it all!

Sea of Thieves is available for PC, Xbox One, Xbox Series X, and Series S. 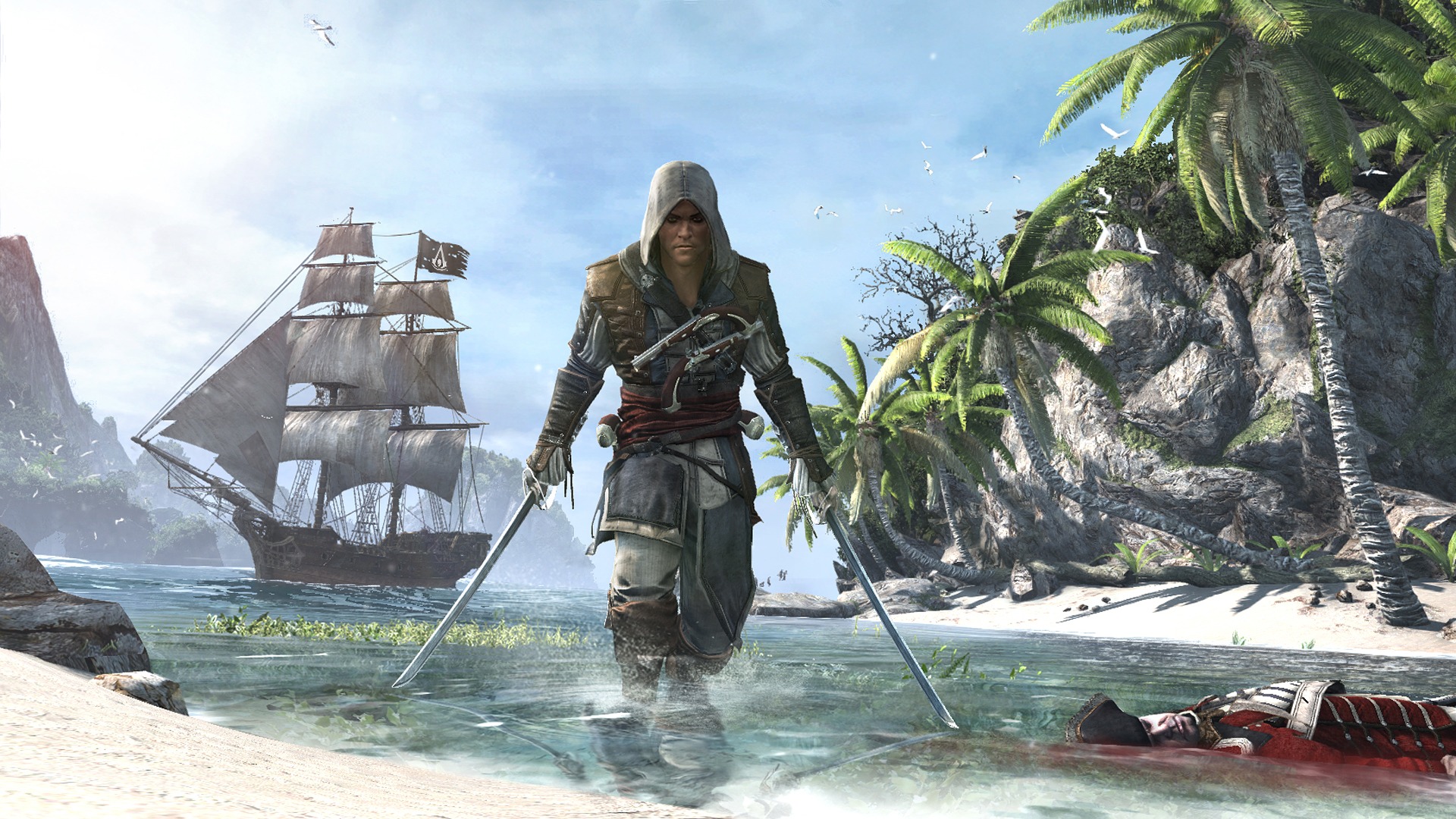 Assassin’s Creed Black Flag was originally released in 2013, but it is a solid addition to anyone’s pirate library. It is unique in that it is the first Assassin’s Creed game to prominently feature ship-to-ship combat and open-world ship exploration. In Black Flag, you play Edward Kenway, a Welsh pirate and grandfather of Assassin’s Creed III main character Connor Kenway. The game follows Edward as he navigates through the ongoing battle between Templars and Assassins while forming alliances with fellow famous pirates.

LEGO Pirates of the Caribbean: The Video Game 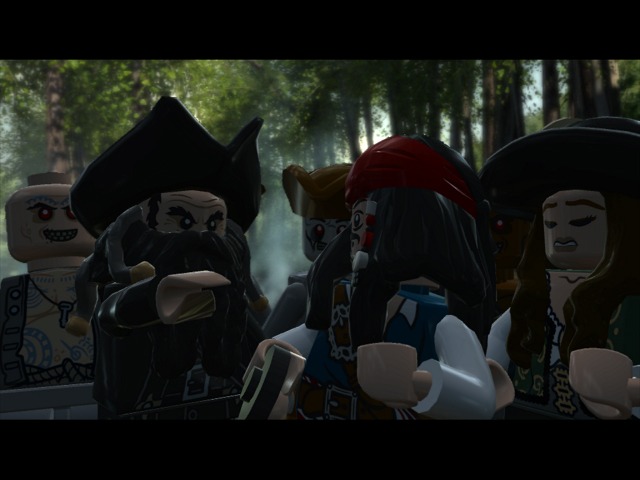 If you have not yet played a LEGO game, then this might be a good opportunity to jump in. The best thing about LEGO games is the campy humor that they infuse into the source material. In LEGO Pirates of the Caribbean, you play through the story of the first four movies and can alternate between a variety of characters such as Captain Jack Sparrow, Will Turner, and Elizabeth Swann. As you explore different levels, you can unlock new characters and new areas. And since this is a LEGO game, building is essential to advance through the game.

LEGO Pirates of the Caribbean is available for PC, PlayStation 3, and Xbox 360. 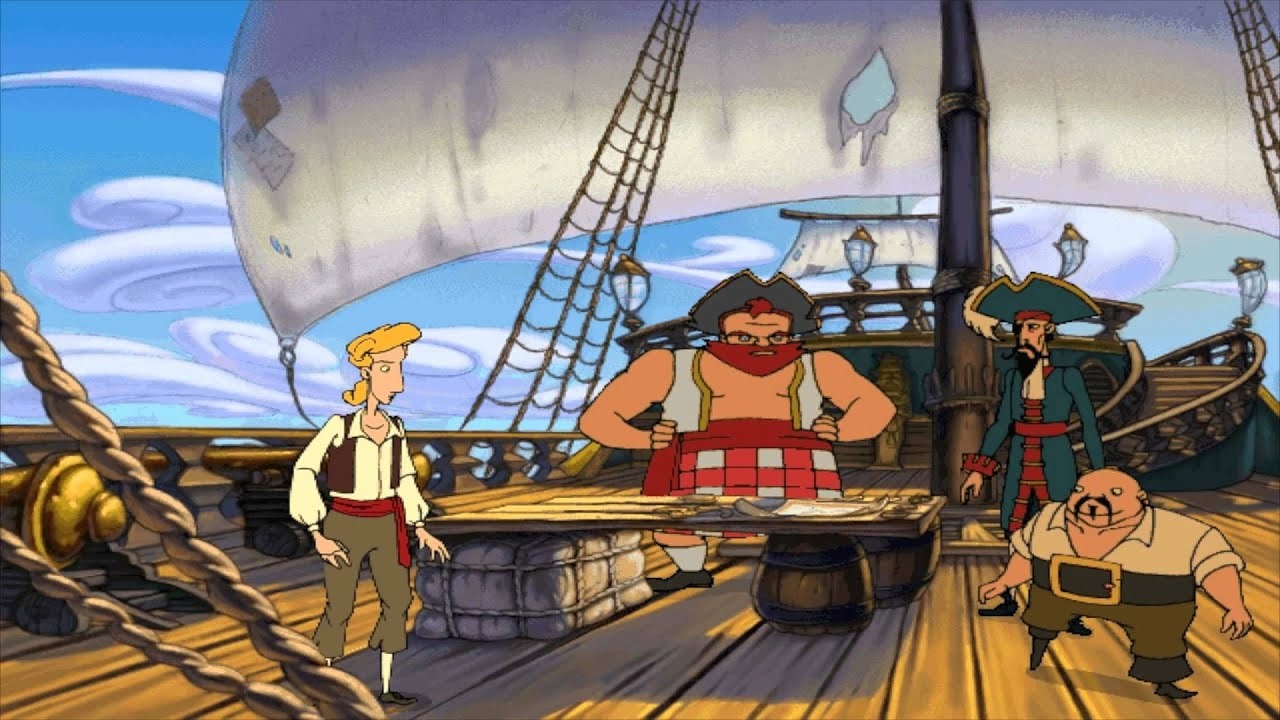 The Curse of Monkey Island, the third game in the Monkey Island series, is one of best pirate games out there. It is an old game now, having been released in 1997, but even today it is still worth the purchase. You play as Guybrush Threepwood, an aspiring pirate who must find a way to lift the curse off of his beloved Elain Marley. This point-and-click adventure has witty dialogue, memorable characters, and an charming art style. So, if you want a retro game that lets you live that pirate life, this is the game for you. And while you’re at it, pick up the rest of the series: The Secret of Monkey Island, Monkey Island 2: LeChuck’s Revenge, and Escape from Monkey Island.

The Curse of Monkey Island is available for PC.

Shantae and the Pirate’s Curse/Shantae Series 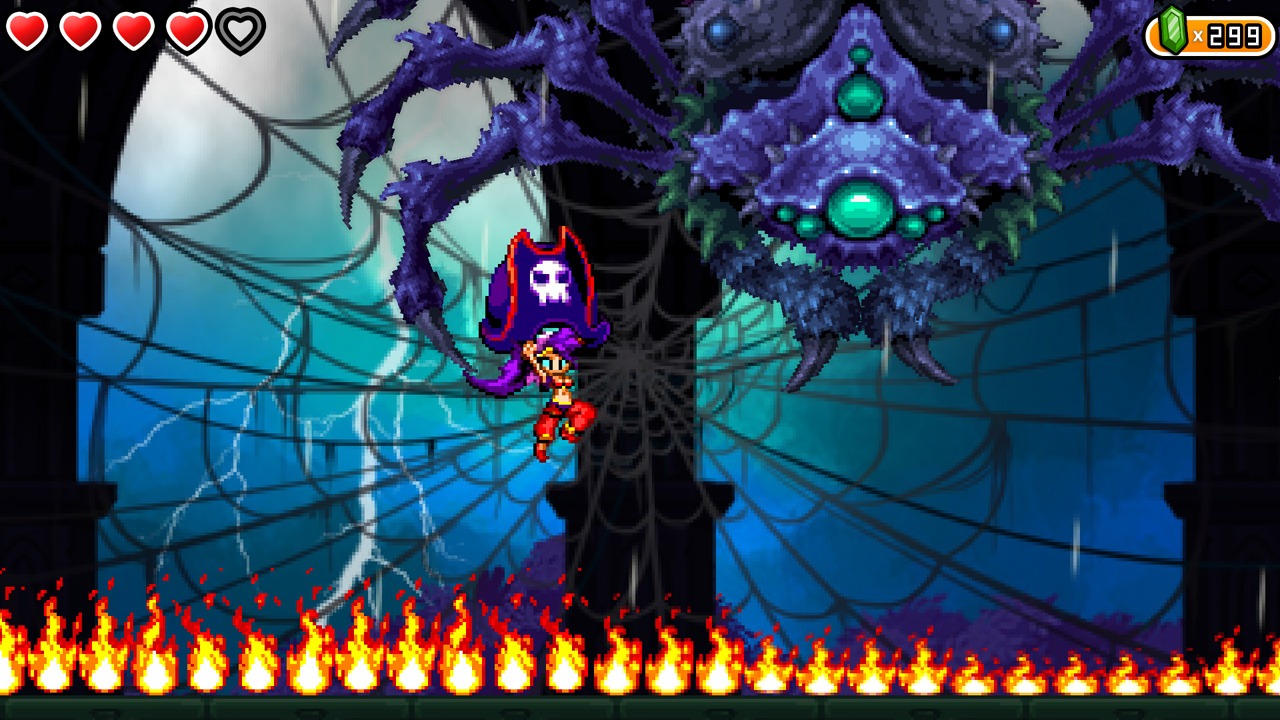 Shantae games tend to fly under the radar when discussing side-scrolling platformers. But these games from developer WayForward are just enjoyable to play. The dialogue is witty and lighthearted, the characters are fun, and Shantae is a perfect protagonist with her mix of toughness, caring, and damage-dealing hair. In Shantae and the Pirate’s Curse, Shantae must team up with her occasional nemesis, Risky Boots, to defeat the Pirate Master. By collecting key items and upgrading abilities, Shantae and Risky have the chance to save the day! It should be noted that the entire 5-game Shantae series is worth a look. Shantae and the Seven Sirens, the most recent game, was released in early 2019.

Shantae and the Pirate’s Curse is available for PC, PlayStation 4, Xbox One, and Nintendo Switch. 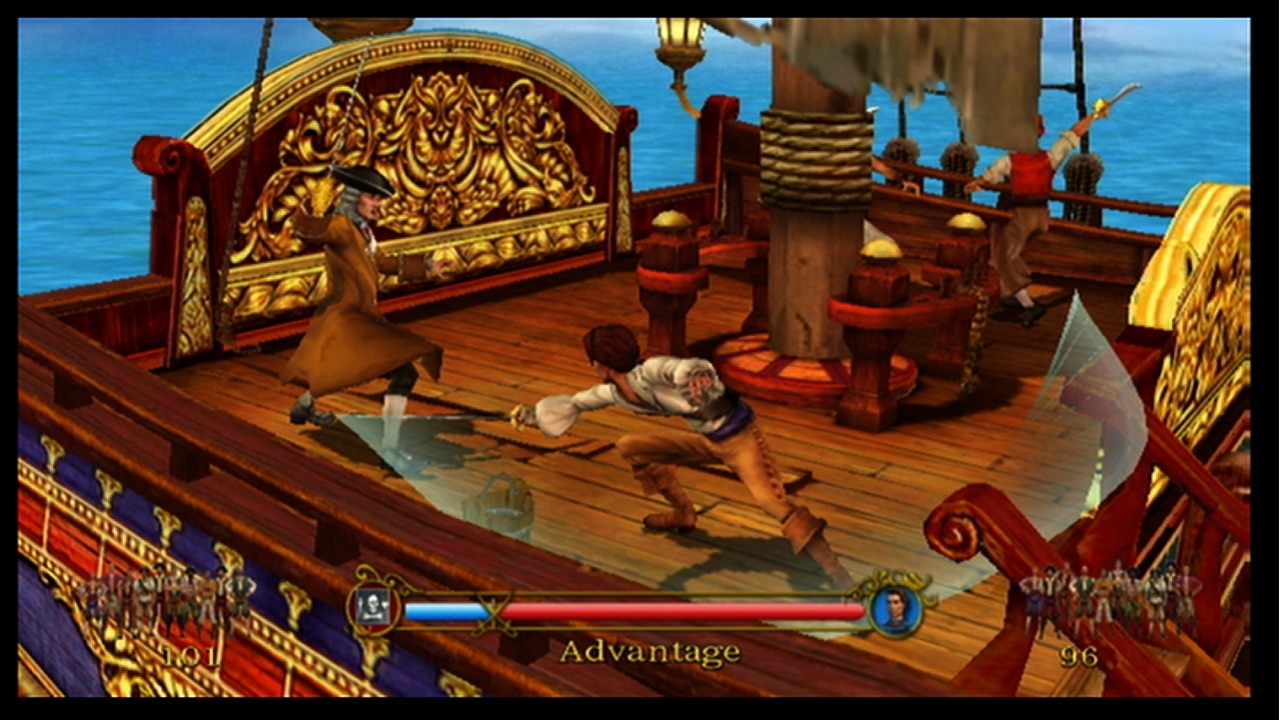 Sid Meier’s Pirates was originally released in 1987 but was re-released in 2004 with much of the same mechanics.  This game consists of story-based mini-games that take the player through unique stories and different challenges. These mini-games include ship combat, land combat, fighting famous pirates for their treasure, dancing, sword fighting, and trading resources. Even though there is some backstory to these mini-games, Pirates! is completely open-world and gives the players the opportunity to play however they want.

The Legend of Zelda: The Wind Waker 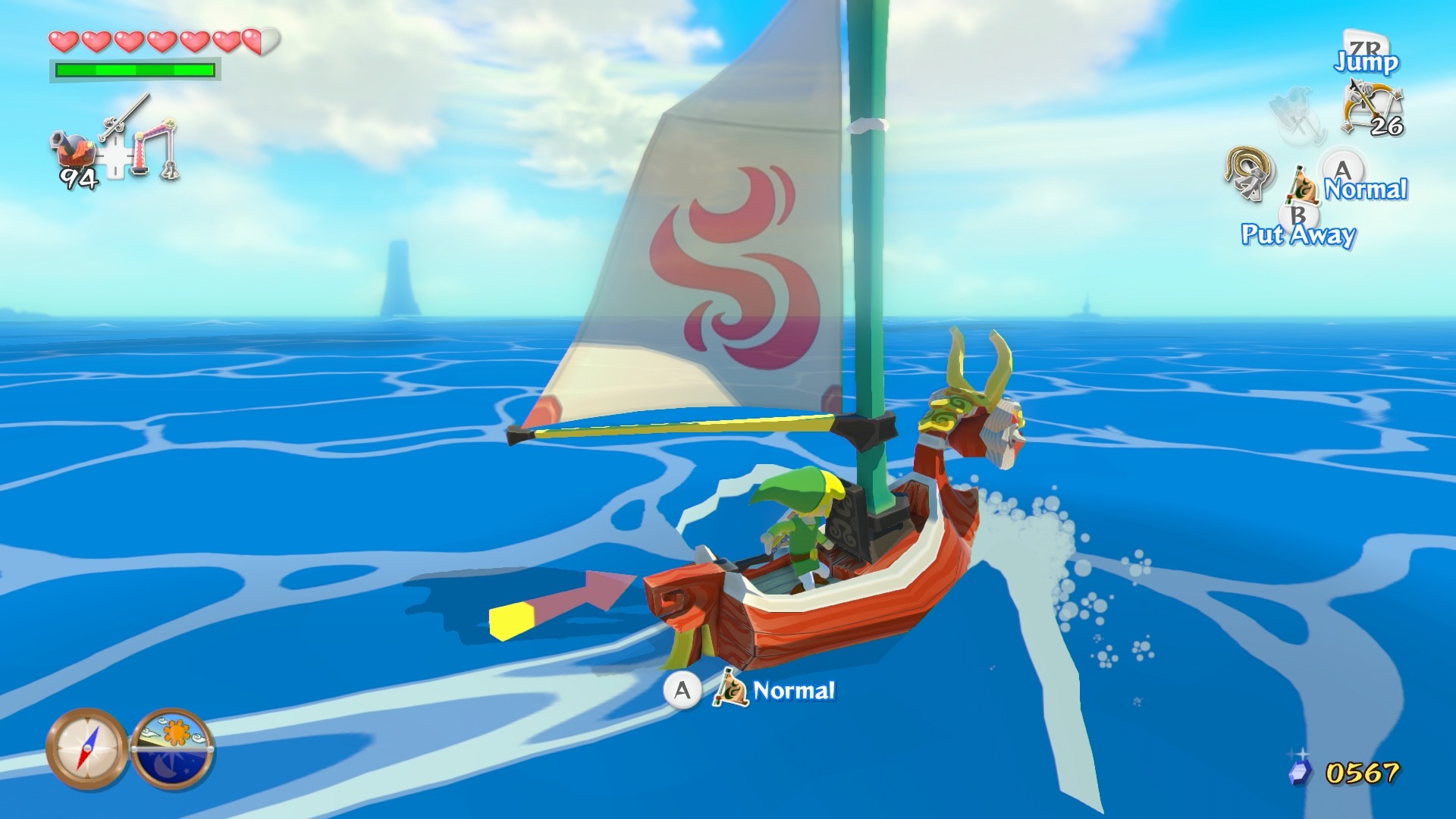 The Legend of Zelda: The Wind Waker is one of the best Zelda games. The unique art style and gripping story makes this a favorite amongst gamers. With his ally Tetra, Link sails aboard the iconic King of Red Lions, a ship that carries him to different islands in search of his sister. The Irish-inspired music adds to the charm of the game and plays an important role when Link wields the Wind Waker, a baton that can control the wind. Explore beautiful islands and venture into challenging dungeons as you race to find Ganon and bring your sister home.

The Legend of Zelda: The Wind Waker is available for GameCube. 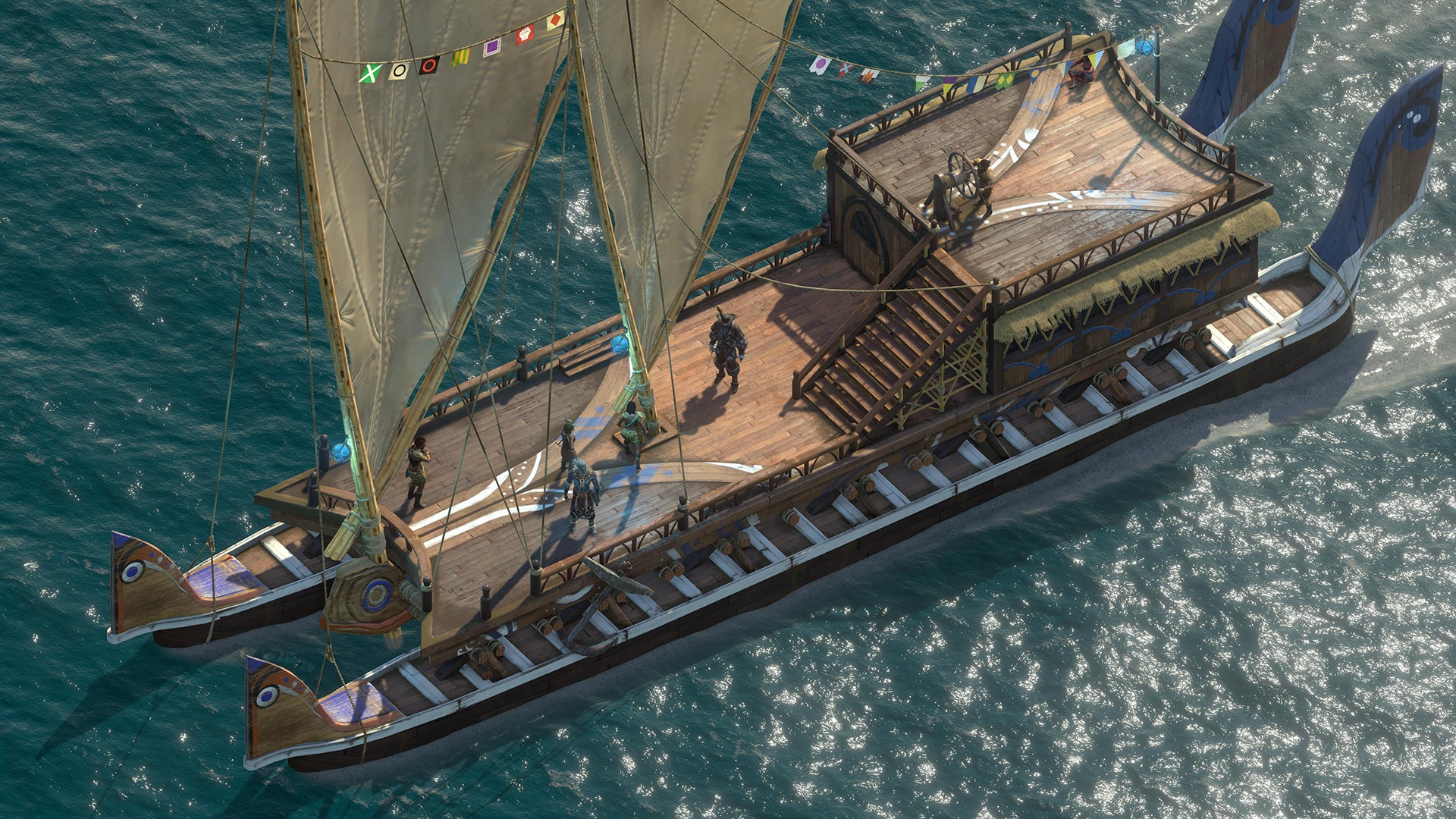 For those who enjoy games like Baldur’s Gate or Neverwinter Nights, Pillars of Eternity II is a perfect game to fill that D&D, turn-based itch. Pillars of Eternity II is a sequel to the highly acclaimed Pillars of Eternity, developed by Obsidian. PoE II is set five years after the events of the first game and takes the players to the Dreadfire area, a region caught in the middle of a conflict between rival factions. Here the player must uncover the god Eothas’ plans and stop him at all costs. Recruit new members, bring on a crew, upgrade and repair your ship, and sail this new region to find clues that will lead you to Eothas.

Pillars of Eternity II is available for PC, PlayStation 4, Xbox One, and Nintendo Switch. 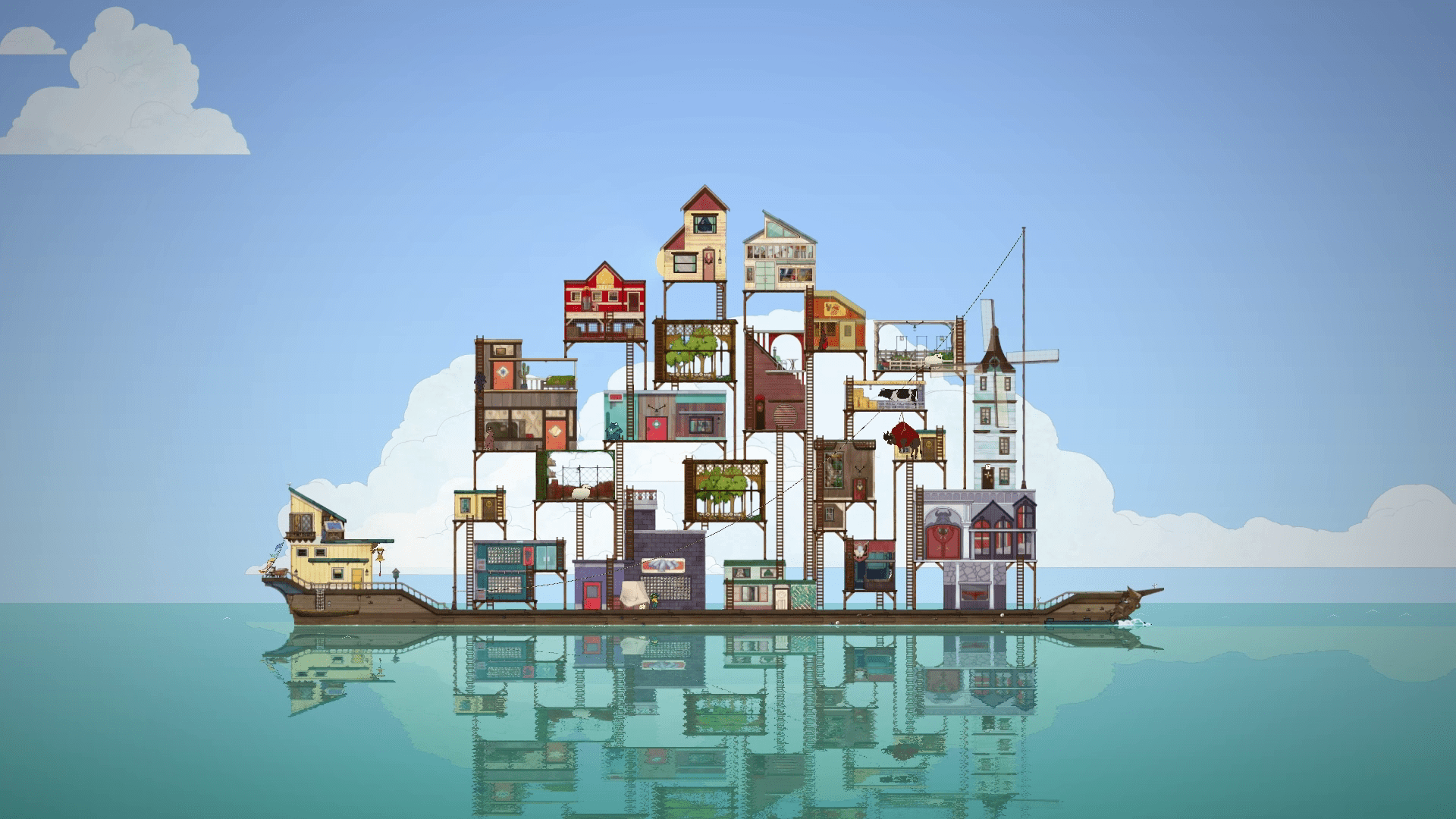 Spiritfarer is a beautiful and emotional game about a girl named Stella who has been tasked with ferrying spirits to the afterlife. As she sails the seas, she picks up lost souls along the way and tends to their needs and final wishes on her boat. Her boat is the main location of the game and as Stella picks up new passengers, they will unlock new rooms, items, and materials. This allows Stella to constantly build and remodel her boat so that she can continue to care for those she’s ferrying.  Once the final wishes have been granted, these souls can finally be at peace. As a warning, this game does deal heavily with the concepts of death and dying, but it is a wonderful story nonetheless.

Spiritfarer is available for PC, Google Stadia, PlayStation 4, Xbox One, and Nintendo Switch. 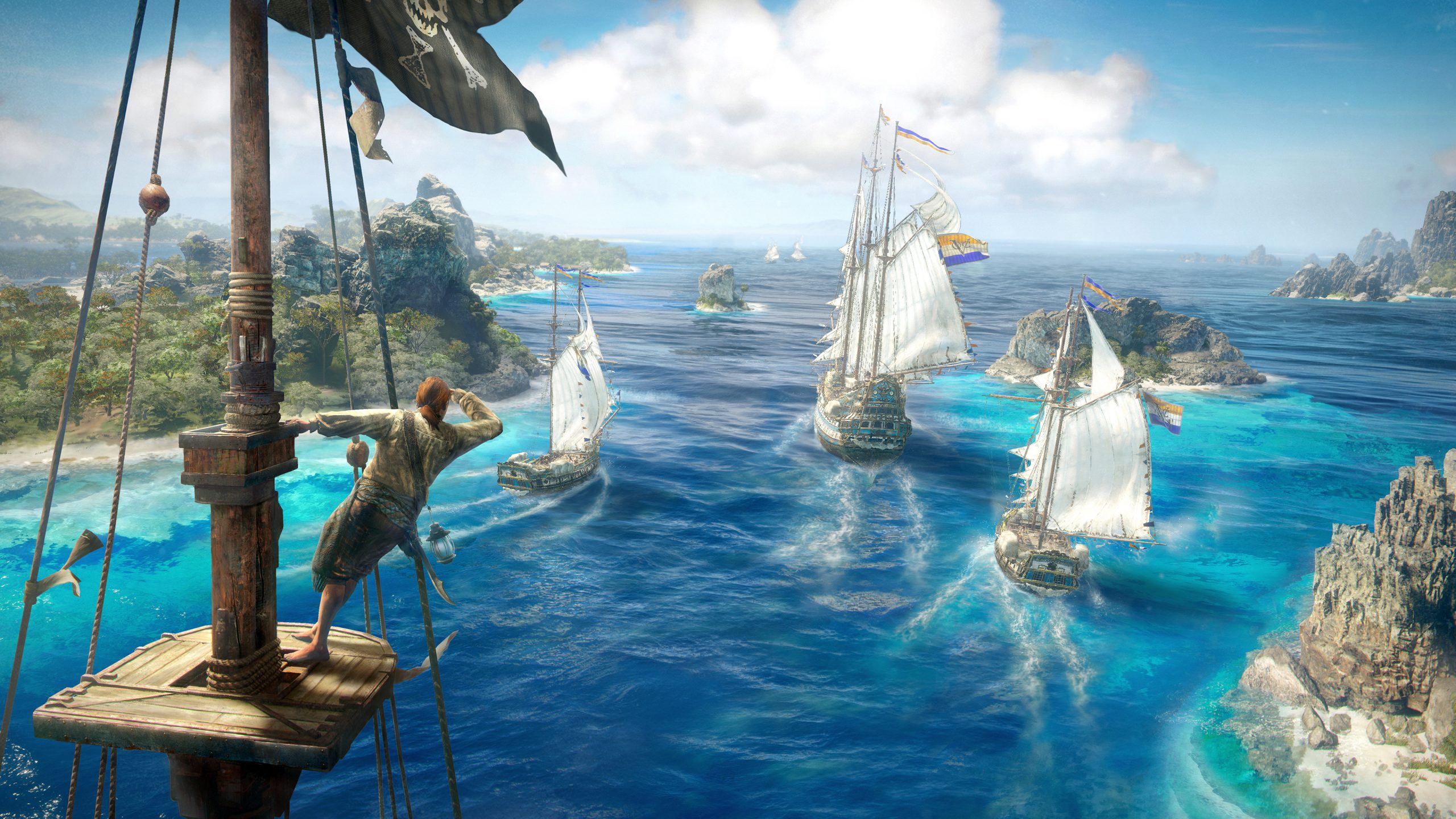 Skull & Bones is scheduled to be released in March, but it is the most recent addition to the pirate/seafaring game catalogue. Developed by Ubisoft Singapore, Skull and Bones focuses on piracy and ship combat. Players can customize their own pirate and complete a single player campaign, or they can play online in 5-player PVP naval combat. There’s not a lot of information regarding this title just yet but expect to hear more about it as we get closer to its release date.

Skull & Bones will be available for PC, PlayStation 4, and Xbox One.

Thank you for reading and if know of any more games, add them in the comments below!! 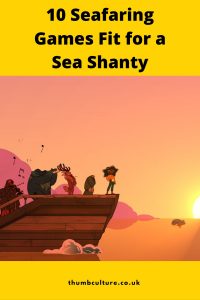