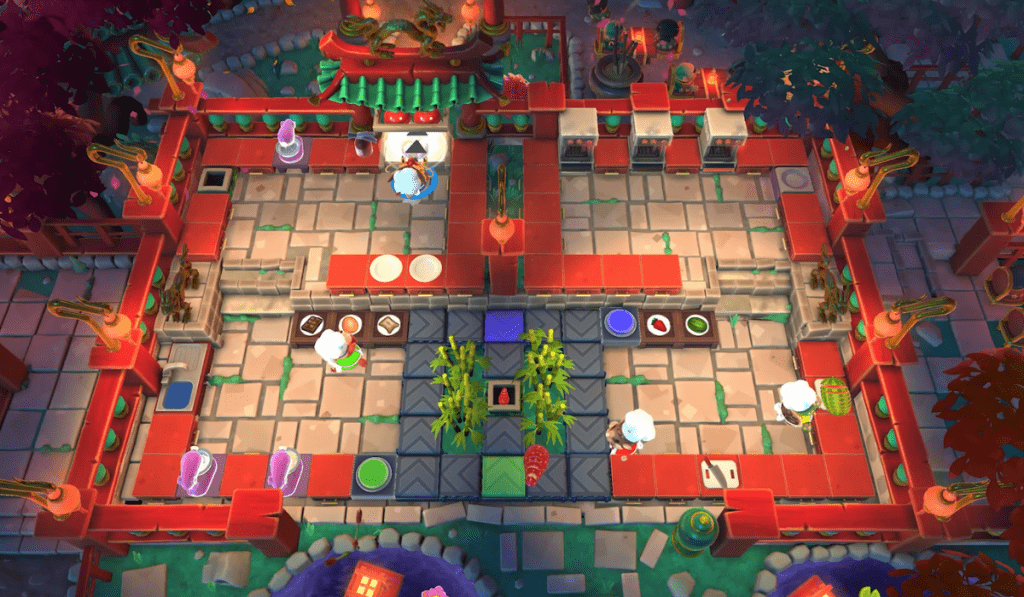 Since we’re still in the middle of a global pandemic, games can help us pass the time. With the holidays fast approaching, couch co-ops should be big on the wishlists. Whether you are in the mood to run a restaurant with a friend, kick a ball around with a rocket-powered car, or solve puzzles, you have options. Here is a list of our favourite 10 Family-Friendly Couch Co-Ops for the Holiday Season to dive into.

Do you have a favourite couch co-op game you think should be on our list? Don’t forget you can catch up with us over on social media to share your thoughts. Also, please feel free to leave us a comment in the box below if you think there’s a must-play couch co-op game that deserves a spot in our round-up. 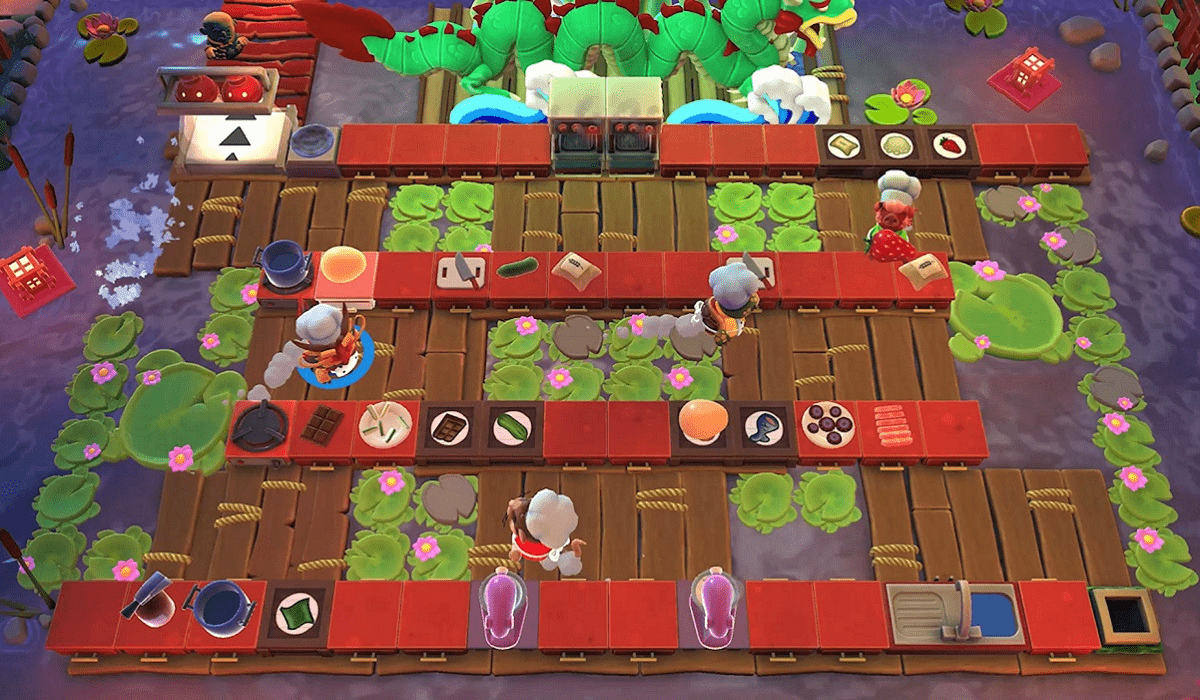 Overcooked! 2 is one of the best co-op games to play with family and friends. You and up to three other people can run through different kitchen levels, fulfilling an array of food orders. It can get chaotic in these ever-changing kitchens, but that adds to the fun. Can you and your fellow chefs save the Onion Kingdom?

Overcooked 2 is available on PC, Nintendo Switch, PlayStation 4, Xbox One, and Linux. 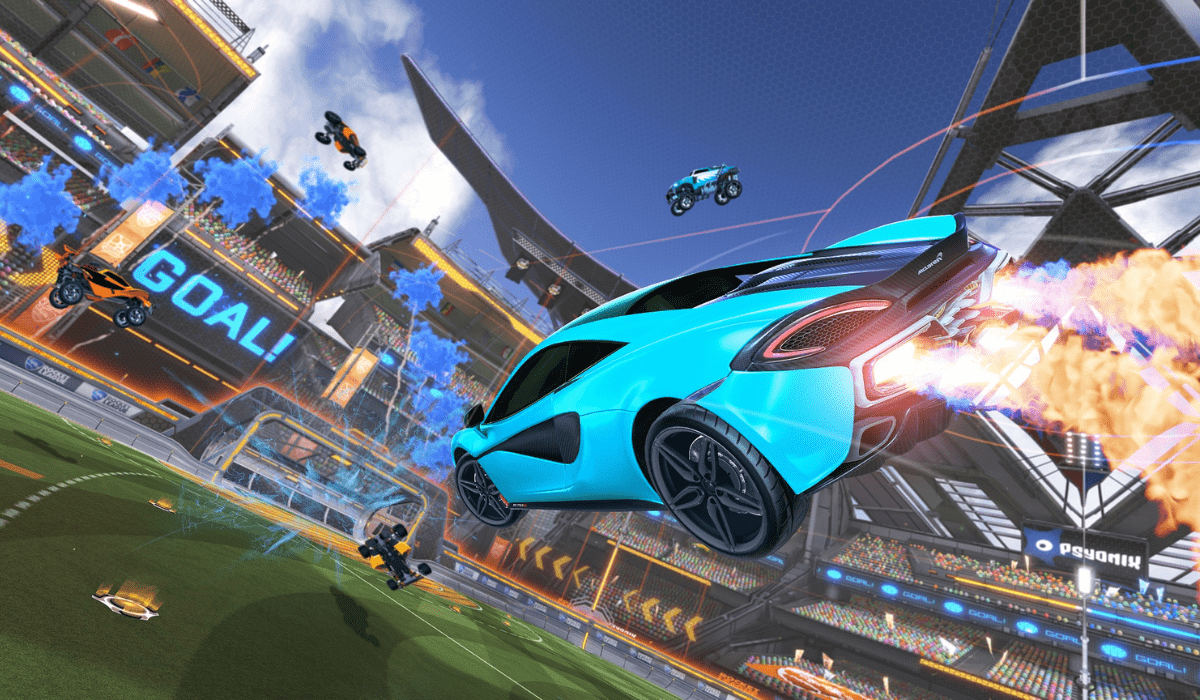 Looking for a unique spin on soccer games? In Rocket League, you and your family can choose different cars to drive around the field while taking shots at the opponent’s goal. These cars are customizable and there are plenty of options to choose from. Power-up your cars and you can score quick points against each other. Rocket League supports up to 4-player split-screen so enjoy the holiday competitions. 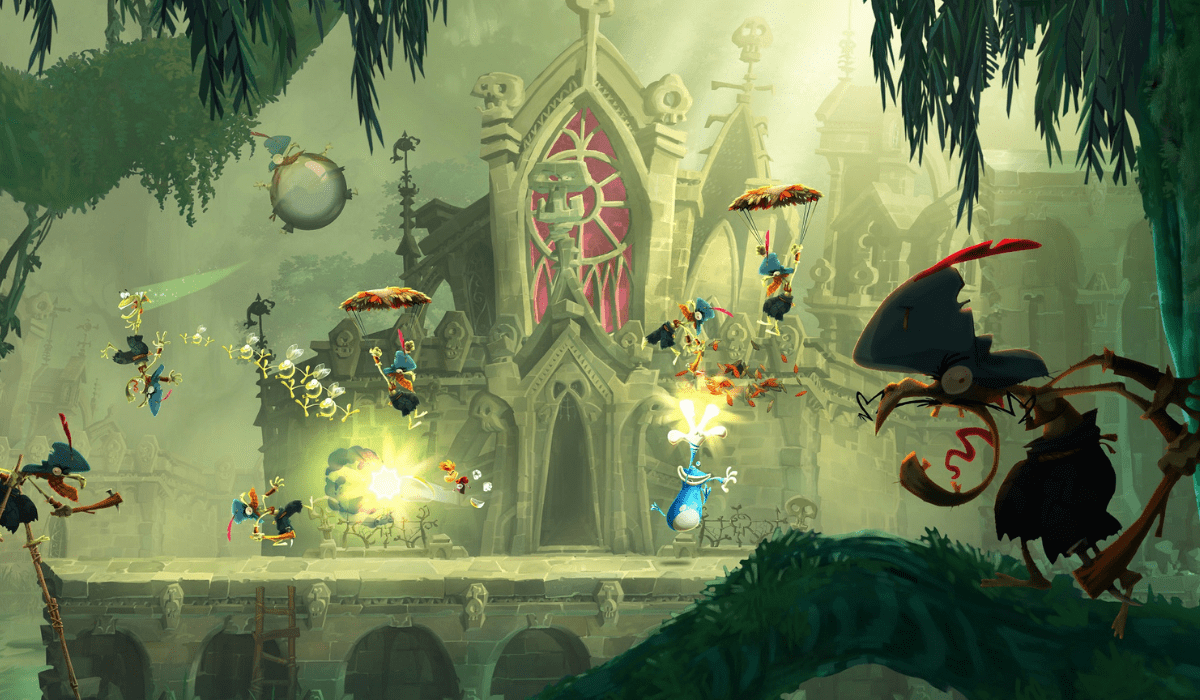 If you’re into fun side-scrolling platformers that you can play with up to 4 people, then Rayman Legends is a must-play. Go through over 100 levels in co-op play as you solve puzzles, gather Lums, and save Teensies. The best part is the challenging music levels where you run and jump to songs like a mariachi version of “Eye of the Tiger,” a cover of “Black Betty,” and an original orchestral work by the game’s composer. It’s enjoyable chaos. 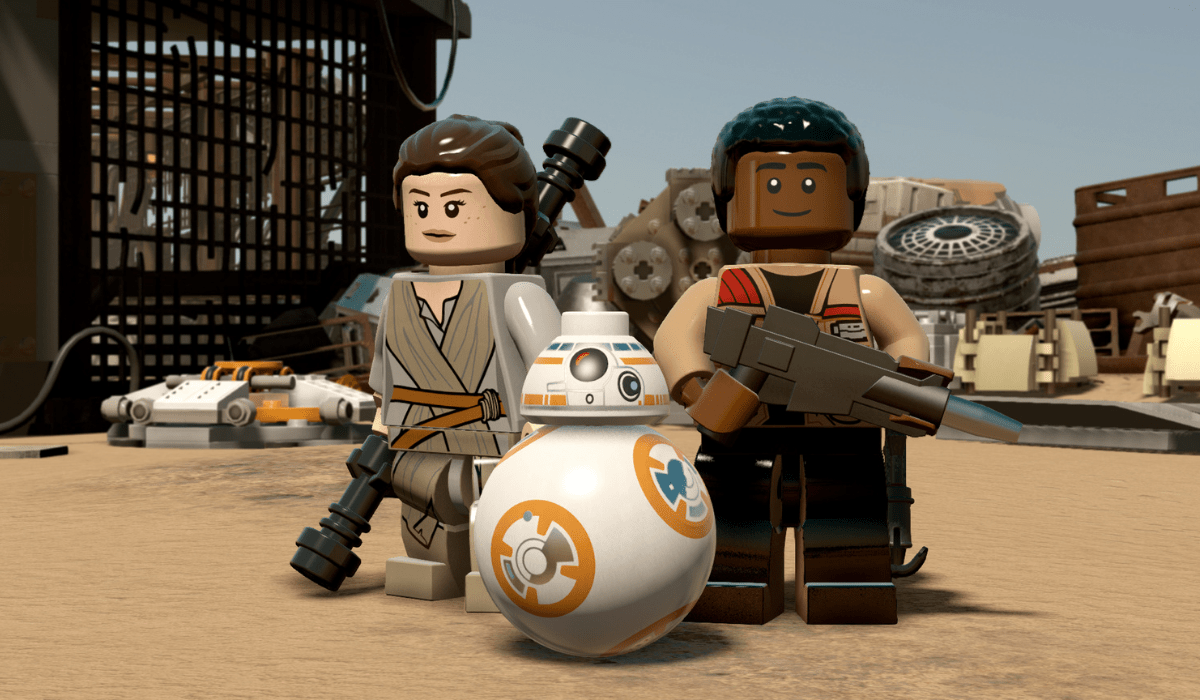 There is a multitude of Lego games available to play; it all depends on your preference. Lego Star Wars games are some of the most popular but there are also Lego Marvel, Lego DC, Lego Harry Potter, Lego Lord of the Rings, Lego Indiana Jones, Lego Ninjago, and Lego Pixar games. Each game takes these beloved properties and transforms them into a colorful world of bricks and humor. They are a perfect choice for anyone who loves Legos and pop culture. 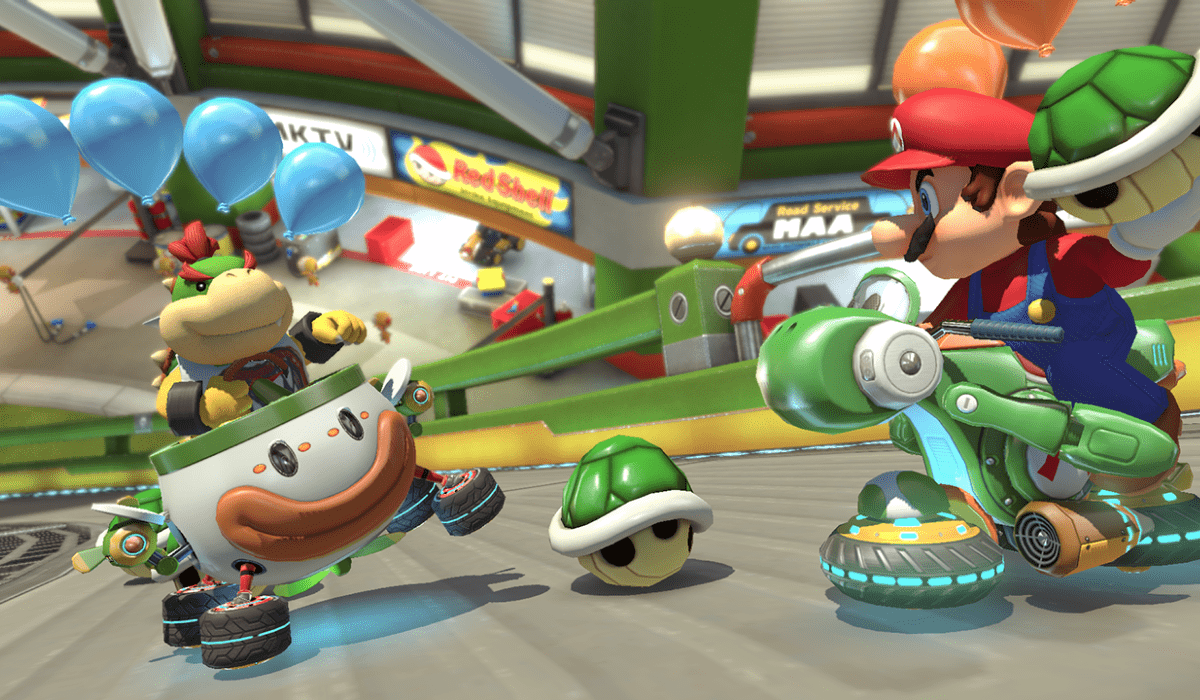 Mario Kart games have always been the epitome of family-friendly, fun competition. In split-screen co-op, up to 4 players can run the circuits and throw ample amounts of blue shells at each other. While matches can sometimes get overly cutthroat, it’s all in good nature and brings everyone together.

Mark Kart 8 Deluxe is available on the Nintendo Switch. 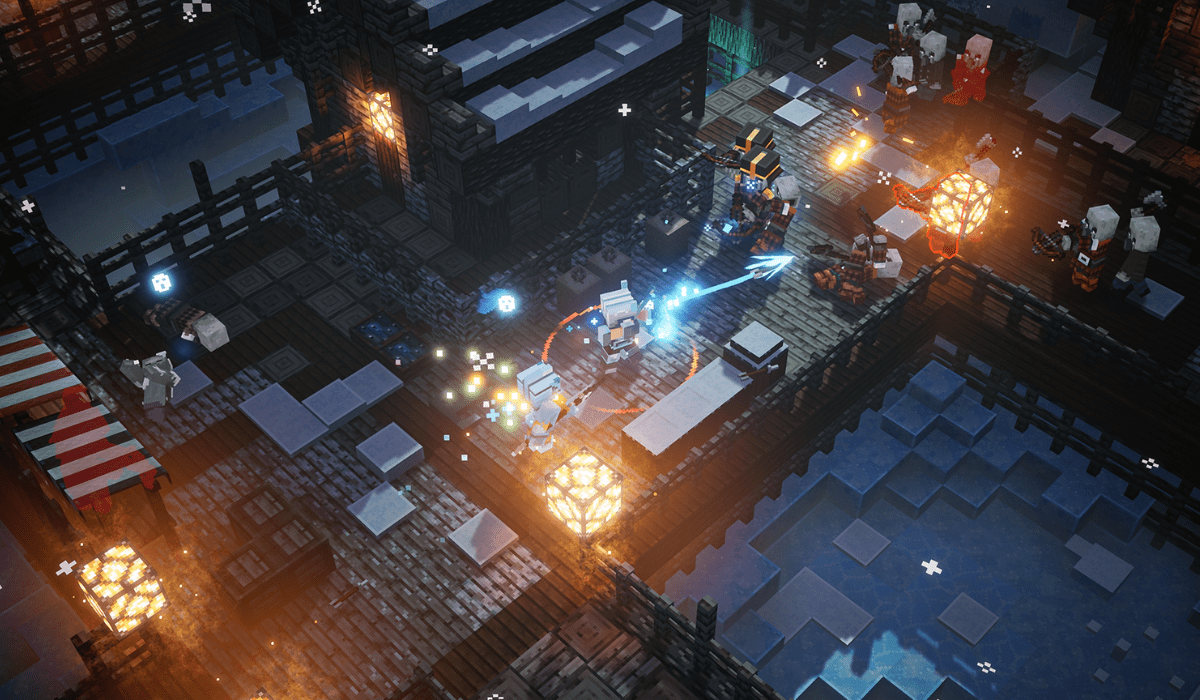 The classic crafting/building game will always be a good go-to for the family. Minecraft does support split-screen playing, but that’s a console-only feature. There are multiple modes to try including survival mode, hardcore mode, creative mode, and adventure mode. So, if you just want to have access to all materials and build to your heart’s content, you can do that. If you want more of a challenge for you and your family, then there are plenty of options.

If open-world Minecraft is not for you, then maybe the hack-n-slash Minecraft Dungeons is more to your liking. Set in the Minecraft world, Dungeons is for those who love the Minecraft aesthetic but prefer a dungeon crawler. Whether by yourself or with three other people in local co-op, a new adventure awaits.

Keep Talking and Nobody Explodes 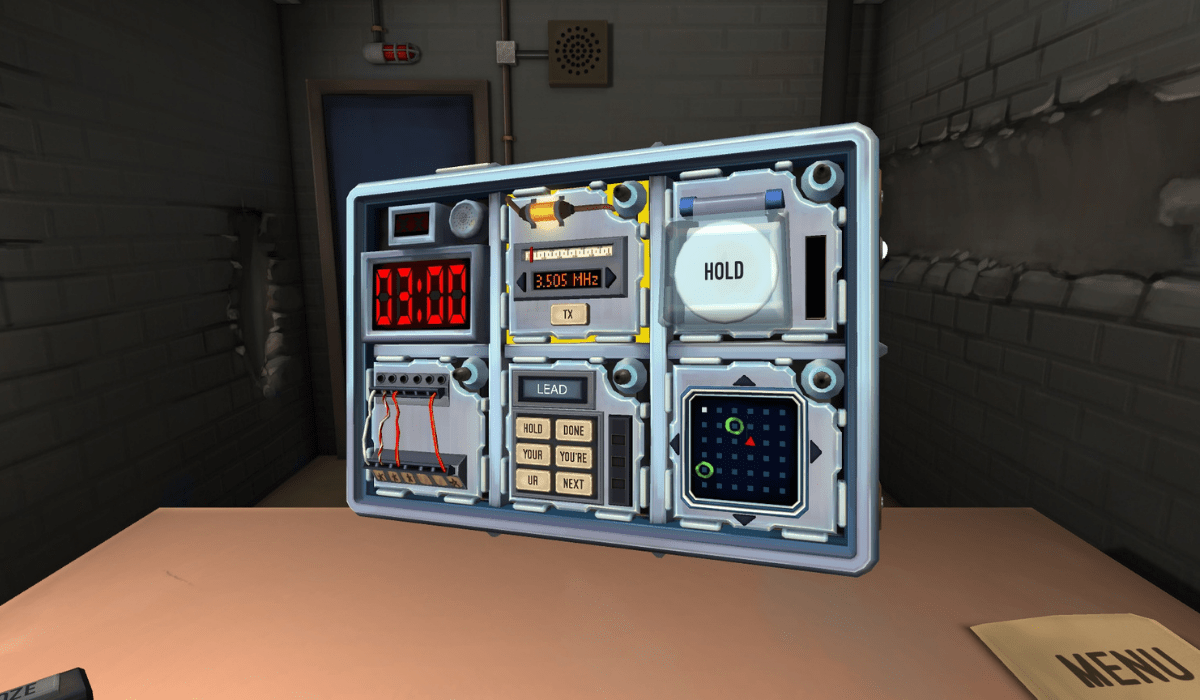 Have you ever wanted to defuse a bomb with mere seconds left on the clock? In Keep Talking and Nobody Explodes, you and your team are tasked with defusing a bomb. And while that might sound simple, it is complex. One member on the team is in charge of disarming while the rest of the team, the “Experts,” read the manual to disarm it. To add to the challenge, the Experts are unable to see the bomb. This means the team must be constantly talking to each other while the timer counts down. The bombs vary in difficulty, but most bombs take only 5 minutes to diffuse. 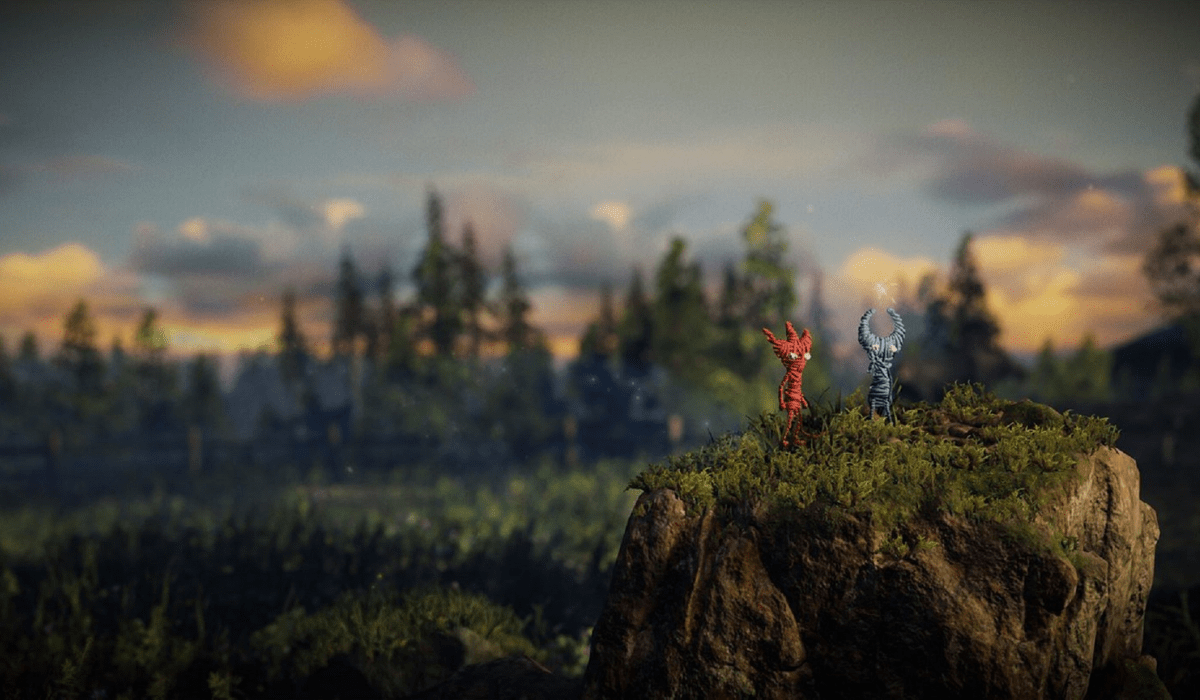 Unravel 2 is a gorgeous puzzle-platformer that features Yarnys: anthropomorphic creatures made of yarn. In two-player mode, two Yarnys work together to clear levels using strings of yarn and the environment to get around. The goals are to save other Yarnys, help the human children, and bring light back to the lighthouse. The story itself is a little dark, and with no dialogue, it might get a little confusing in the telling. But overall, the game is worth a two-player (or single-player) run through.

Unravel 2 is available on PC, Nintendo Switch, PlayStation 4, and Xbox One. 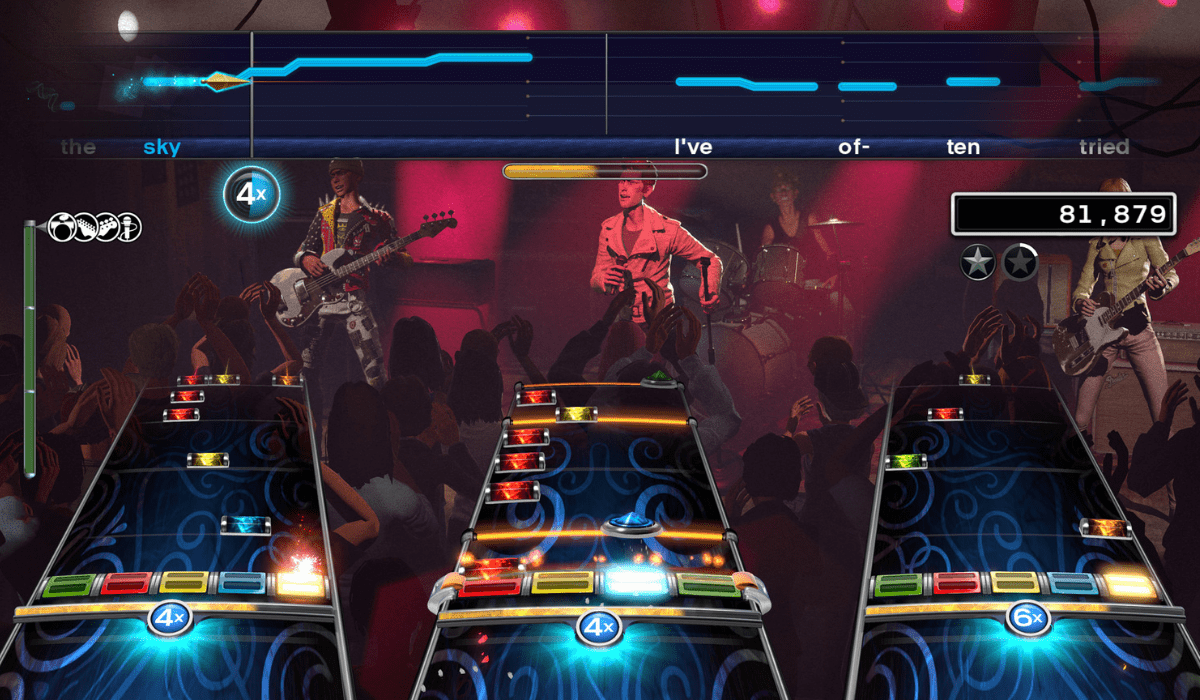 Rock Band might not have the following it once did, but developer Harmonix Music Systems has been diligently maintaining the game by regularly adding new tracks and bundles. The game now boasts over 2000 downloadable songs in almost every genre so there is sure to be something of interest. Most of these songs must be purchased, but the core tracklist has something for everyone. Rock Band 4 also features new modes including Rivals, Rockudrama, and Brutal Mode. These different modes bring a little variety to the game on top of the standard “play a show” feature. Up to four players can play in a band (bass, guitar, vocals, and drums), but even without the full band kit, this game can be a lot of fun for the family.

Rock Band 4 is available on PlayStation 4 and Xbox One. 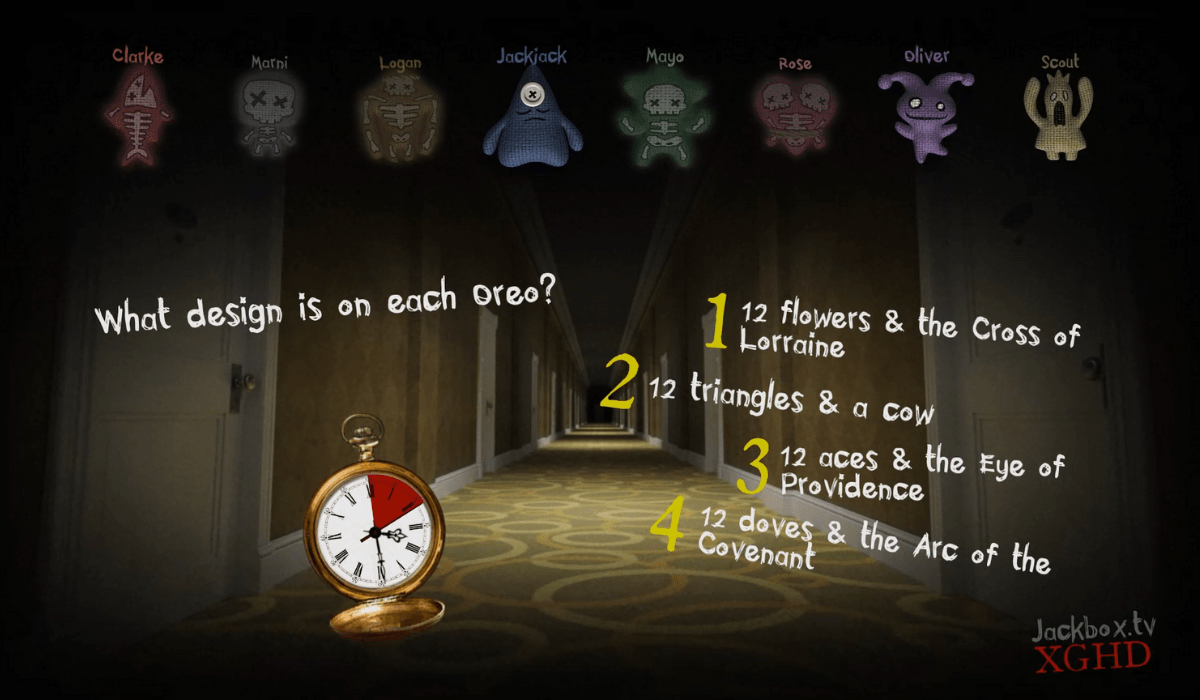 Jackbox Games are perfect for people who love humorous games or might remember playing You Don’t Jack when they were younger. Jackbox Games are good for large groups (1-8 players) and audience members can participate via their mobile devices. There is an assortment of writing games, drawing games, trivia games, and word games, the most popular ones being Quiplash, Drawful, and Trivia Murder Party.

What are your favourite couch co-op games?

Thanks for reading our list of 10 Family-Friendly Couch Co-Ops for the Holiday Season and if you have any other amazing co-op games that you can recommend, please leave us a comment down below! 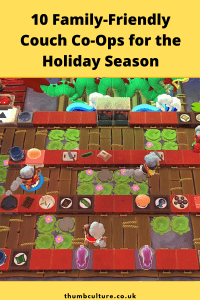