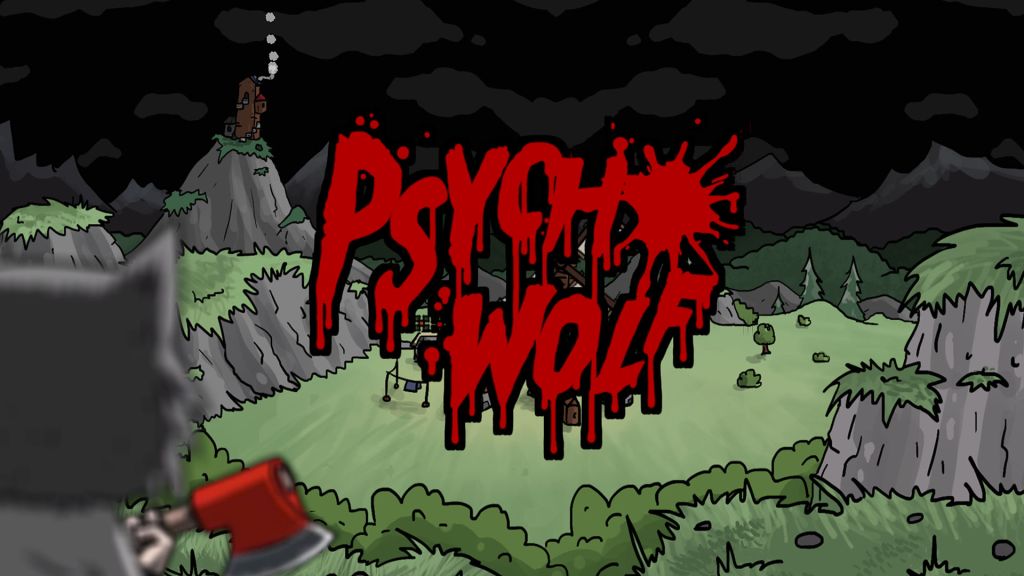 Kill or be killed. That is the way of the Psycho Wolf.

So it’s time for me to dress up in my wolf’s clothing and exact some bloody violent and merciless revenge on some simple animal folk in the forest or woodland, maybe houses, possibly mountains. I do love a surprise.

Psycho Wolf starts with a little backstory about how I came to be psychotic. It seems that I play a rather unsavoury character who is obsessed with greed, then revenge, I suppose there is a subtle clue in the title though. Once escaping from being imprisoned for fraud I single mindedly set out to kill, kill, kill.

I started on level 1, it seemed the sensible and quite frankly only choice. I was placed in a world where animals walk on two feet and live in houses. There were rocks and trees and lots of shrubberies to hide behind to make sure the helpless creatures didn’t see me and run off to tell their friends.

I could control my wolf with the WASD keys as is the standard these days, open the inventory with ‘I’ and attack with the space bar. It was all fairly obvious really, but I was caught out by one thing. Rotation! Left click the mouse to turn left, right click to turn right. This was not easy to wrap my head around, there was a constant speed of rotation, slight movements were tricky and moving and rotating was messing with my brain. There are some standards that should be stuck to, and why they didn’t just use click and move the mouse is a mystery. Not sure that the wolf was going to be the only one that was Psycho after playing this.

Attacking seemed fairly simple, face the object or animal and press space. Surely this was going to go well. So it would appear that was not to be. I stood in the middle of a corn field and faced a sheath of corn, pressed space and watched as the wolf turned around and chopped down the one behind him, then the one below him. Well it’s not an exact science, but I’m not entirely sure what exactly was replacing it with this logic. I could destroy items further away than items I could not destroy. The direction faced seemed to be for aesthetics and nothing else.

In Psycho Wolf you do have to collect items and craft better items, and this aspect seems to work well. Destroy everything you can to find these items. Crafting is very simplistic and easy to achieve, so that’s a plus. Better equipment does make the game a little easier.

Movement in Psycho wolf comes in two speeds, average walking pace and slow sneaking speed. As you are probably aware, animals tend to be afraid of wolves, but larger animals like to attack them. This makes it tricky to wander around the village type area unnoticed. I made a simple disguise and turned myself into a bush. To be fair, as much as I like bush, this isn’t my top choice of ways to use them. For gaming purposes this was ideal though, I could move around freely, albeit at a painfully slow speed.

The key to success is to watch the creatures and learn their patterns, place yourself near where they go, preferably just where they turn around. Once they have their back to you jump out the disguise and axe them to death. It’s brutal.

The number of hits required is displayed above the animal’s head, though ‘1 HITS’ isn’t the best English and a good example of basic programming inadequacies.  Remember not to do it in front of their friends though, whilst some people might like to see a good old-fashioned hacking to death, animals seem to be loyal. I had the misfortune of being spotted by some animals and some will run off and others will just head straight for you with teeth and claws out. These animals now have to be hit twice as many times. The ones that run away don’t damage you, but they fry your brain trying to catch them with the awkward control system. Awkward is very much the game’s key feature, it was close with frustrating, tedious and mind-numbing though.

Psycho wolf is by far not a pleasurable experience. It strikes me as a game that is about to be pitched to a team of professional game developers as a concept rather than an actual finished game. The graphics look like placeholders, the movement is buggy, the story is unexplained. There is a lot of work that needs to be done to turn Psycho Wolf into something fun. Personally I’d recommend starting again from scratch with a game about something else in a different genre, different game engine and different staff.

I also found a couple of glitches whilst my life was being devoured by inadequacy. Sometimes the wolf just spins round for fun. No mouse button required, just some shits and giggles. I thought this might have been my mouse, but after swapping a wireless for a wired it still did the same. The other big clue was that to stop it I had to move the character using the keyboard.

The other glitch, and this is the one that got my goat was the fact that I completed every task in my missions list and the level didn’t end. I just kept walking around with nothing to kill, no houses to rob and no cornfields left to find. This was so frustrating as I was really looking forward to level 2. I didn’t start again, all I did was print out the main character from a screenshot, opened my dictionary and stuck it over the word ‘disappointment’.

Psycho Wolf is presented in a 2.5D mashup of mild quality and confusion. The Scenery is mainly rotating 2D shapes, so as you walk round the tree and rotate the screen, the tree rotates with the screen and you only ever get to see one side of it. It can look a bit odd, but not as odd as when non-round objects such as crates do it. As you can imagine trees are round so it doesn’t look that weird, but as you rotate with a square object it turns on the ground. I know this might seem a trivial thing, but in the context of the game it’s just another bad aspect.

The creatures that you are trying to kill only have 4 aspects to them, so they might be looking at you, but actually with a small step they turn 90 degrees, this doesn’t help the concept of sneaking up on them much. The presentation is cartoonish with a very poorly drawn style, in fact some creatures look like they were attacked before the game started. The game just looks like the effort ran out and no one could be bothered to buy more Red Bull (other energy drinks are available).

Psycho Wolf is nothing if not consistent. There are several noises that grate on me, nails down a blackboard (see Jaws), my children whining and Joe Pasquale’s voice would be good examples. Psycho Wolf has managed to add to the list with it’s mute worthy sounds.

I think this might just be the most pointless section of any review I have ever done. My advice would be to inflate a balloon and let it go. Watch it whizz around the room and then smile at how much fun you just had in a matter of seconds. Now imagine the opposite, and if that’s what you fancy, this might just be the game for you. I honestly can’t believe I made it to the end of the first level. Repetitive and boring would probably be a good description. There are simply not enough features to hold the interest.

It hurts. My brain just hurts. I cannot fathom how this is a finished game, it falls short on so many levels. I can see this being a prototype of a concept, but not a full game that you have to pay for. It takes elements from other games that work well and replicates them in a way that renders them ultimately disappointing. Even the story has no real explanation. Given the choice of playing it again or pushing rusty nails under my toe nails, well, the jury is still out.

I don’t feel that I can award Psycho Wolf  a Thumb Culture award, maybe in the future, but not from this reviewer. 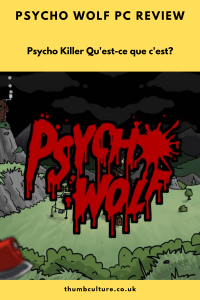