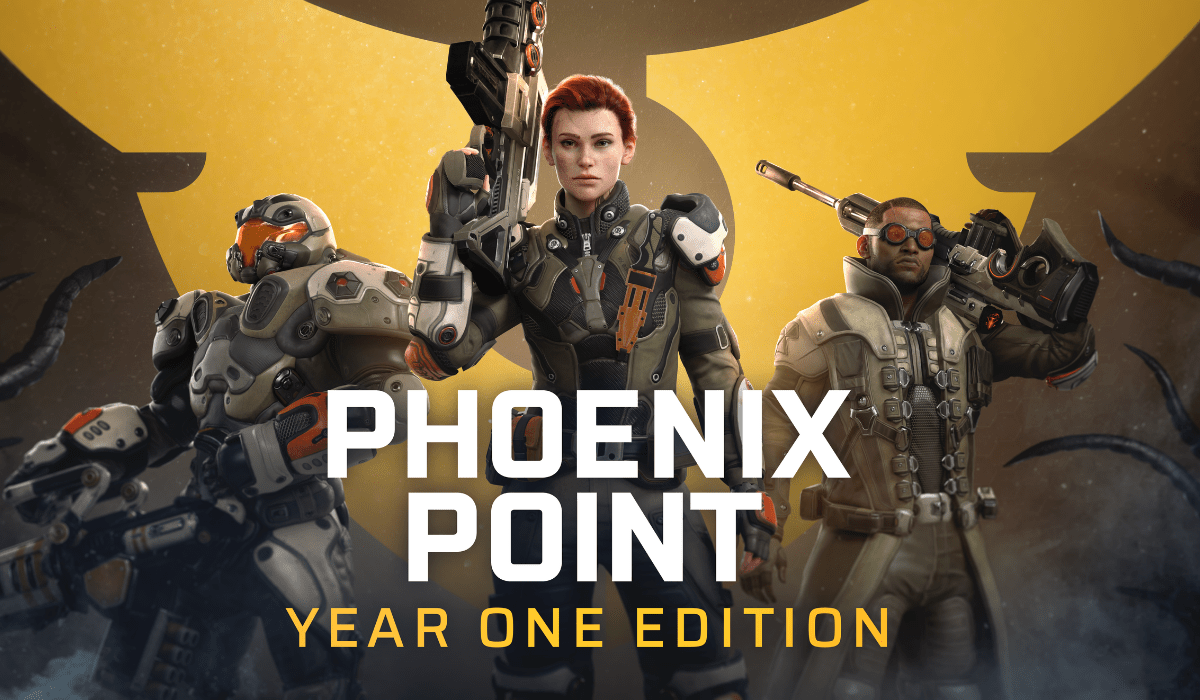 From developers Snapshot Games is Phoenix Point. A strategy and turn-based system game that pits you with the task of saving the planet from an alien race that intends on wiping out all life on earth. So let’s dive into this Phoenix Point review.

If you go into Phoenix Point thinking that it’s an XCOM clone then you may be right but it does so many things that XCOM lacks. After all, it is designed by Julian Gollop who created the original XCOM way back in 1994. If you enjoy this review then why not check out my latest post here and the rest of the Thumb Culture on Social Media.

Some say its a spiritual successor to the original XCOM and some say it’s just a complete clone that offers nothing new but while I agree that there are some similarities it also holds it’s own. Phoenix Point isn’t just about going into a mission all guns blazing and taking a little bit of cover every now and then. Taking cover and relying on your wits and knowledge of your surroundings is what’s gonna keep you alive.

Phoenix Point gives you a new twist to the strategy and turn-based system of usual games in its genre. It of cause offers the usual tropes that we all know and love in these types of games but it also gives you a little hint of an FPS. As with the usual just click and shoot at an enemy you also have the option to take a more precision aim where you can target an aliens limbs to affect their movement or aiming for the torso some they bleed out over time.

One great feature that Phoenix Point adds is factions. There are three factions to take into consideration and each faction offer their own missions with rewards that are special to that race but showing allegiance to one action causes friction between the others.

Rewards can vary between resources to technology and even recruit soldiers that you can’t recruit anywhere else. Faction missions can be fun as they can be taking out an alien camp or getting some vital information and even attacking another factions camp to steal an aircraft.

Lets talk aliens shall we and they don’t disappoint. There are so many and what makes Phoenix Point stand out is that aliens mutate and evolve over time from interchangeable body parts to change in size and shape. If you ever lose a mission then that alien species will use what technology and weaponry you used against you in future missions so the more missions you fail then the harder the game gets in later stages.

You have the standard front line species that are just cannon fodder and pose no real threat and then you have The Arthron with its armoured shell and ability to put down a shield and also the giant Chirons that are huge and fill some of the screen.

Your Phoenix Point operatives don’t just have weapons and gadgets to get them through a mission they can also call upon armoured vehicles and tactical drones to scout an area which is a great thing to do so that you get a good idea of the map and what enemies you are dealing with on that mission. Just like you being able to target a certain alien body part, your opponents can also do the same thing which can be a pain as they tend to aim for your weapons so you are left defenceless.

When Phoenix Point first released a year ago I will go and say that it was a mess with bugs and glitches around every corner but now with this being the Year One Edition you can tell the developers have put their heart and soul in this because now it feels and looks a different game. Bugs and crashes have been fixed and running on max settings I experienced nothing to hinder my game.

Maybe the audio could do with a touch more work as it just doesn’t give you feeling that you’re against a treat that wants to take over the world. There is a little eerie music but not enough in my opinion but everything else is great from the sounds of gunfire to an alien getting blown up.

After completing the game once you will never do everything there is to do in one sitting because as there are three factions you have three different endings and then there are other missions in the game you can easily miss or just get sidetracked by something else. It is easily a 40 to 50 hours game and that’s just siding with one faction and taking into consideration then there are many reasons to go back and replay it.

My final thoughts are that after a rocky start and with some dedication and TLC then Snapshot Games have turned Phoenix Point Year One Edition into a great and enjoyable game. I for one had many hours of tense gameplay during it and will no doubt be giving it another go as there is new DLC to coming soon.

Updates from Snapshot Games are always being posted on social media so they are updating and fixing anything that the community feels needing attention which is rare from developers these days so I give Phoenix Point Year One Edition the Thumb Culture Gold Award. 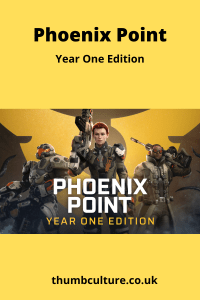