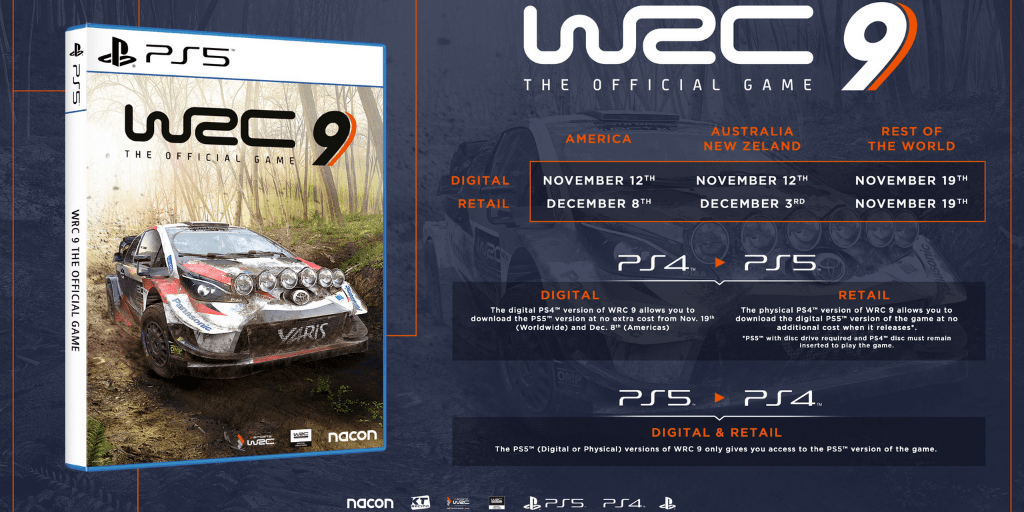 NACON and KT Racing announce that WRC 9, the official video game of the FIA World Rally Championship, will be available on PlayStation®5 when they launch. A free upgrade to the PlayStation®5 version of the game will be accessible to players already in possession of WRC 9 for PlayStation®4.

WRC 9 will be available on PlayStation®5 from November 12th or 19th, according to the release date of the console in each country (see Image below), and on Xbox Series X/S and Nintendo Switch™ at a later date.

The game has been available on Xbox One, PlayStation®4 and PC via the Epic Games Store since 3 September 2020. 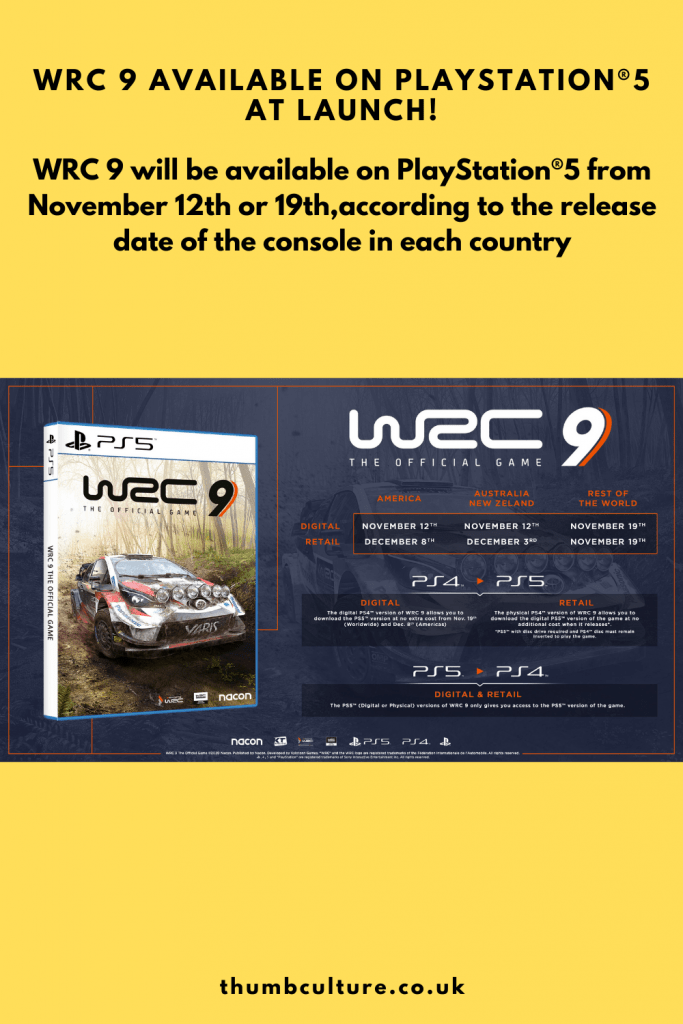